This is the latest effort in an attempt to boost domestic output of military equipment. 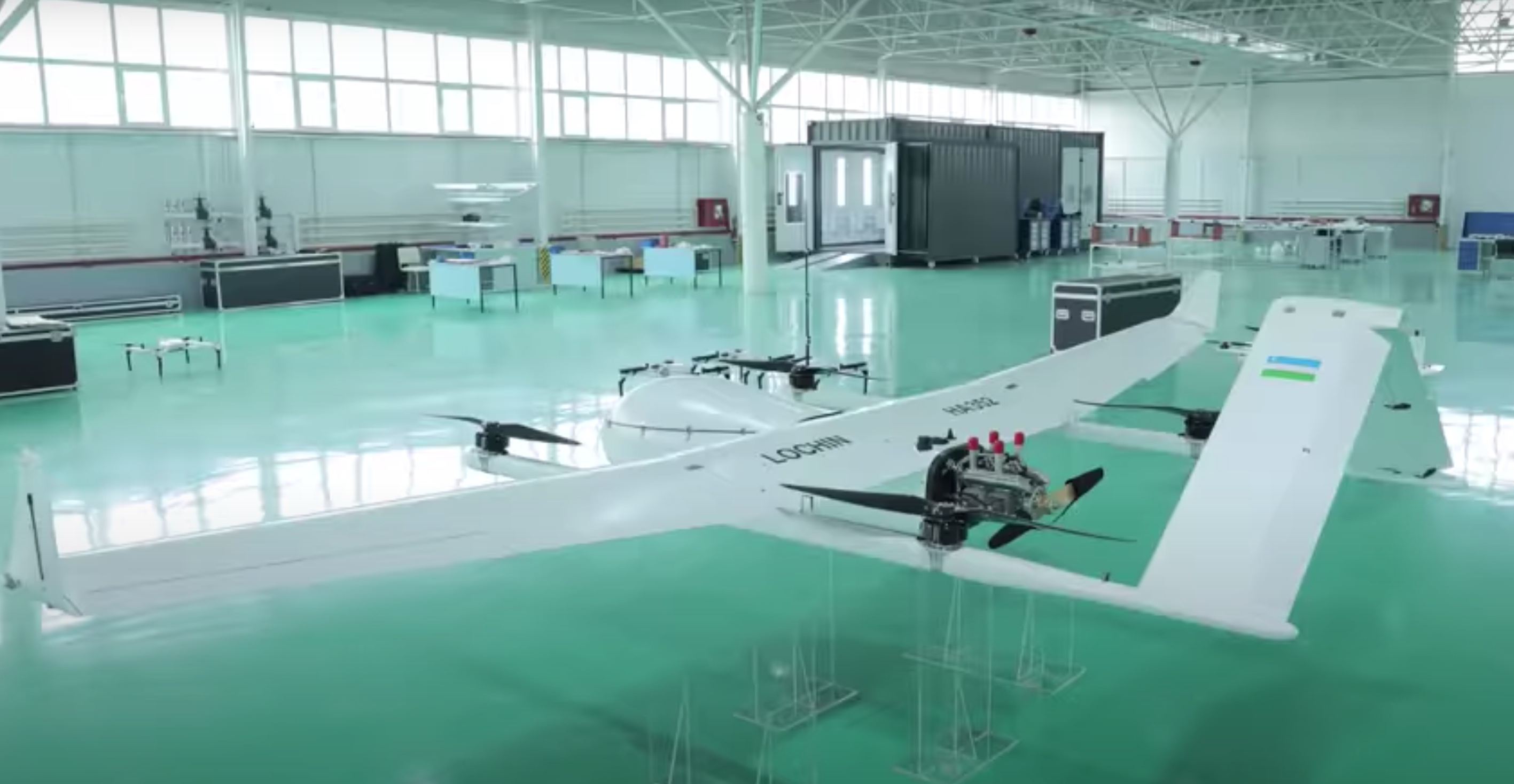 Uzbekistan is poised to begin production of its own range of unmanned aerial vehicles for both military and civilian purposes.

The State Defense Industry Committee said in a statement on January 18 that the winged drones and quadrocopters will be produced under the brand Lochin (Falcon) and will be designed to cope with tasks including reconnaissance, offensive military operations, firefighting and farming.

This announcement is the outcome of instructions issued by President Shavkat Mirziyoyev in July 2017. At the time, he talked about drones as a more cost-efficient method for aerial surveillance than the Soviet-made An-2 aircraft usually deployed for the task.

The use of drones by regular citizens has been limited by law since 2015, however. Before that time, they were becoming increasingly popular in the production of wedding films, music videos and feature films. Under changes to the law adopted in May 2019, the import, sale, acquisition, storage and use of drones have hypothetically been punishable by up to three years in prison.

But the interest of the military in drone technology had something of a resurgence in the wake of the war between Armenia and Azerbaijan in 2020. Azerbaijani forces registered notable successes in that conflict through their deployment of Turkish-made pilotless aircraft.

In August 2021, Uzbek armed forces performed a readiness drill with Russian-made drones in an area near the country’s southern border. The Yug-2021 exercise was held jointly with the Russian army against the backdrop of worsening stability in neighboring Afghanistan.

Uzbekistan has tried to develop domestic defense capabilities elsewhere too. In October 2021, the State Defense Industry Committee announced it had developed its own remote-controlled heavy machine gun. A month later, the same body said it had begun production of a domestically designed light-armored vehicle called Qalqon (Shield).

Turbulence in Afghanistan, which with Uzbekistan shares a roughly 150-kilometer border, has only added impetus to efforts to modernize the army. Mirziyoyev has in the past evinced dismay at the state of the country’s defenses.

At a meeting of the security council on January 13, Mirziyoyev explained why he was compelled to dismiss Kabul Berdiyev as defense minister in September 2017.

One month before that, Miriyoyev explained, he had visited the Kattakurgan military training facility, the largest of its type in Uzbekistan, and was appalled by what he found.

“The state of the Kattakurgan polygon left me speechless,” he said. “I had no idea. I was amazed by the conditions for troops and the state of the facility itself.”