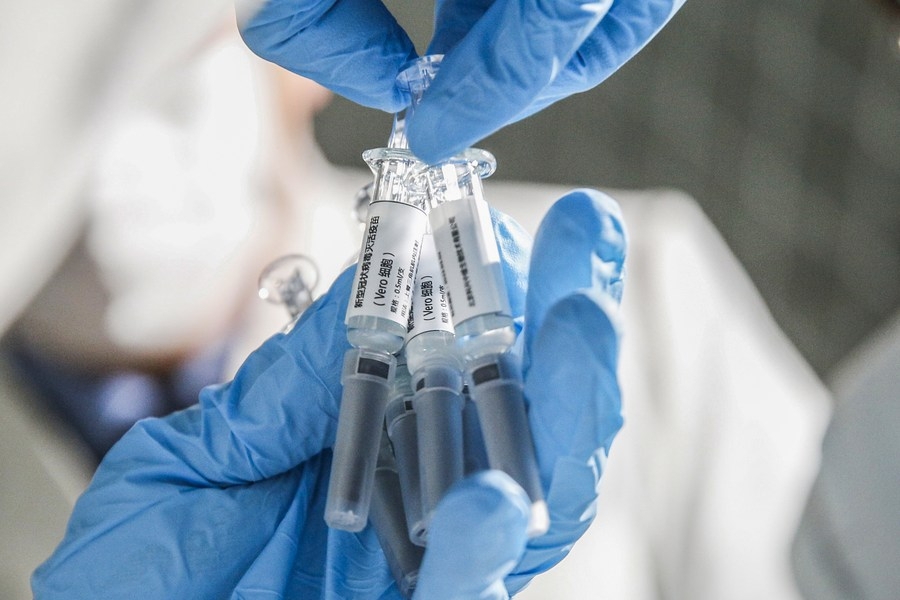 The Chinese company has delivered 3,000 doses to Uzbekistan. (China Daily)

Uzbekistan is beginning the third phase of clinical trials for a coronavirus vaccine being developed by Chinese company Anhui Zhifei Longcom Biopharmaceutical, the government announced on December 10.

Zhifei has delivered 3,000 doses and an identical number of placebos as part of the test, according to the Innovative Development Ministry, which is overseeing the trials.

“The vaccine has demonstrated a relatively good safety profile in phase one and two of the clinical trials. Also, the safety of the vaccine and its compliance with required parameters was confirmed in the course of laboratory studies conducted by specialists of the pharmaceutical committee of Uzbekistan,” the ministry stated on its website.

The Innovation Ministry has previously stated that the vaccine will be submitted for further study if as many as 15 percent of recipients suffer side effects. If that number rises to 30 percent, the trials will cease.

In a striking vote of confidence in the vaccine, more than 20 relatives of leading figures in the Innovative Development Ministry, as well as the minister himself, Ibrokhim Abdurakhmonov, were given doses last month.

Uzbekistan is spreading it bets, however, and is hoping to take consignment of large amounts of Russia’s Sputnik V vaccine, which is already being administered to citizens there, despite some lingering concerns the testing has not been done to desired standards.

On December 4, Russia’s Trade and Industry Minister Denis Manturov personally delivered 100 doses of the vaccine to representatives of the Uzbek Health Ministry. Last month, Health Minister Abdulhakim Hajibayev announced that Uzbekistan is slated to begin its involvement in clinical trials of Sputnik V. Another 500 doses have been requested to that end.

Tashkent ordered 35 million doses of Sputnik V back in September and hopes to receive 10 million doses by the end of the year. But Russia has had trouble scaling up production, as The Bell reported in November.

In another troubling twist, a group of scientists from leading Russian universities have decried how Sputnik V was developed as “completely unacceptable,” according to the Moscow Times. The scientists said in an open letter published this week that the state-run Gamaleya Research Institute developing the vaccine have ignored requests to share data, despite promising that they would, and appear to be rushing through trials under political pressure.

Experts are also critical of the decision to begin unrolling the vaccination program, which is being initially extended to healthcare workers and teachers, even before trials have come to a close.

Uzbekistan’s plan is at some point to produce a vaccine locally. Last month, President Shavkat Mirziyoyev adopted a decree on the development of the biotechnology sector that envisioned, among other things, the creation of a pharmaceutical production cluster in Tashkent that would be charged with manufacturing a COVID-19 jab. It is unclear from the decree, however, which vaccine in particular that facility would be producing.

Public utterances are wildly optimistic, even if it is difficult sometimes to reconcile hopeful projections with the eventual likely outcome.

Botirjon Kurbanov, the deputy head of the Sanitary and Epidemiological Welfare Agency, for example, has forecast that by June 2021, more than 60 percent of the population – equivalent to around 20 million people – would have received vaccinations. Where exactly those vaccines will come from is still anybody’s guess.