Cops had become fewer at Tashkent’s metro stations. Could their return be related to unrest last month? 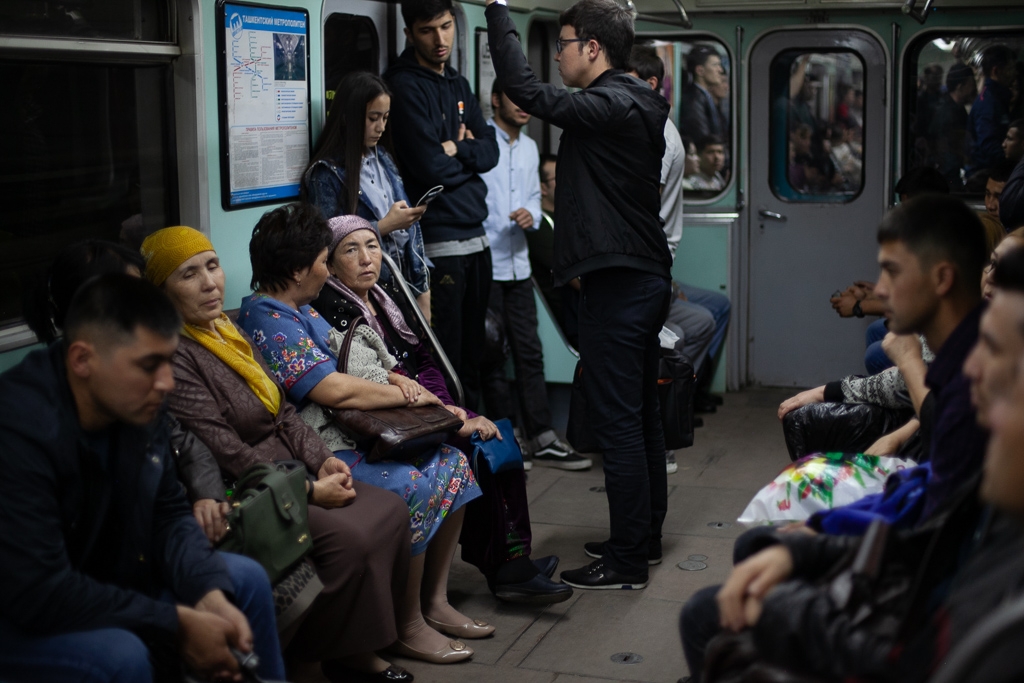 Police are back patrolling the subway in Uzbekistan’s capital. Not long ago, their withdrawal from the system was hailed as a symbol of government efforts to cork suffocating security.

For tourists visiting Tashkent during the era of Islam Karimov, the city’s bedazzling metro was a natural draw too often ruined by uncomfortable interactions with zealous police.

Locals were not too fond of police officers’ penchant for stop and search, either. Famously, it was illegal to take photos inside the metro until 2018, a ban reversed by Shavkat Mirziyoyev as he consolidated power following Karimov’s death.

That year also saw the police presence at subway stations toned down markedly as law enforcement trumpeted a new era of automated security.

But now, cops are back at the entrances of metro stations.

Several residents of Tashkent told Eurasianet that their bags had been checked multiple times at a single station this week.

An August 8 report by the private news agency Kun.uz meanwhile relayed that police were in position at “practically all” of Tashkent’s underground stations.

A spokesman for the force insisted in an interview with the website that nothing had changed, and that the relative lack of police over the last four years was “due to the rotation of personnel.”

Kun.uz noted that the city police had appointed a new point man for the underground as of August 1: Bakhodir Sulaimanov.

Motivations for the change are unclear.

The government was certainly rattled by lethal unrest in its autonomous Karakalpakstan republic last month, with increased security a predictable response to those events.

But recent times have served up several indications that Tashkent is becoming less interested in creating a modern, user-friendly police force and more invested in protecting the status quo.

Though draft legislation that would have banned citizens from filming and taking pictures of traffic cops was squashed by public criticism, the overall tendency has disappointed reform advocates.

Aleksandr Devyatkin, a transport and infrastructure consultant currently advising the Tashkent municipality, told Eurasianet that he viewed the reemergence of physical checks by police as “unjustified” given no history of terror attacks on the subway and generally low rates of crime there.

Devyatkin also bemoaned the “low level of knowledge of [police] regarding signs of potential terrorists” in Uzbekistan and other former Soviet countries where passengers submit to physical inspections.

“They check backpacks thoroughly but ignore larger cases and carrier bags that could be left on the station’s platform surreptitiously,” Devyatkin complained.