The militant movement claims to have fired rockets from Afghanistan at a military unit near Termez. 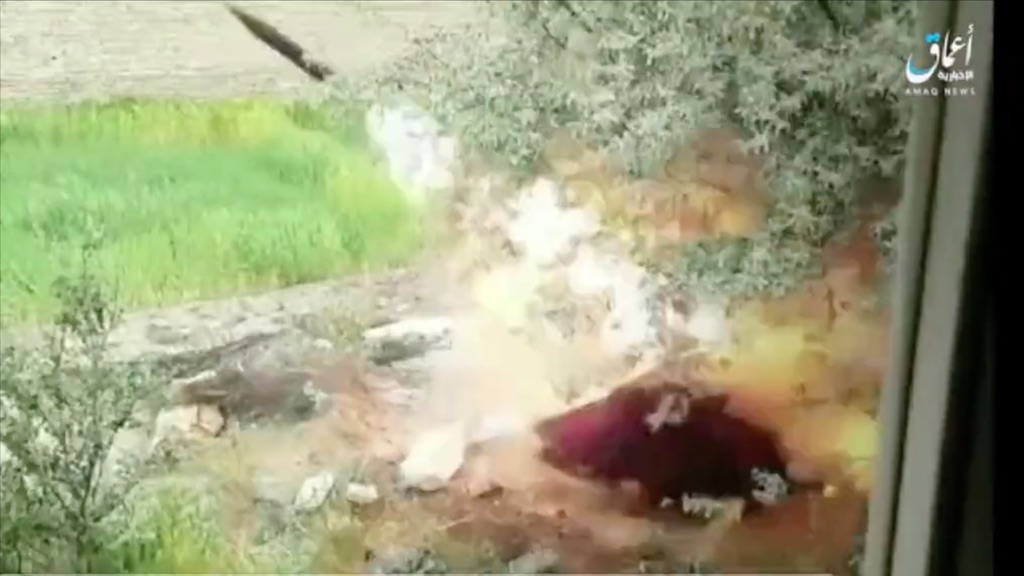 Images disseminated by ISKP on social media claiming to show the moment of the rocket launch.

Security officials in Uzbekistan have dismissed claims that the country has come under a cross-border rocket attack mounted by Islamic State militants based in Afghanistan.

Social media accounts linked to the Islamic State Khurasan Province, or ISKP, reportedly circulated a statement on April 18 to say that they had launched multiple rockets at an Uzbek military unit near the city of Termez. The claims were accompanied by video footage of the rockets allegedly used in the assault.

The office of President Shavkat Mirziyoyev responded within hours, however, to deny any rockets had landed on Uzbek territory.

“No military activity has been observed on the Uzbek-Afghan border, the situation is stable,” Mirziyoyev’s press secretary, Sherzod Asadov, said in a statement on Telegram.

The Defense Ministry followed up on April 19 to double down on the denial.

Gulom Alikulov, a resident of Termez, told Eurasianet that no explosions were heard in the city.

“My parents live in a village near the border. If something happened, I would definitely know about it,” he said.

The ISKP’s extravagant claim arrives just as the group is apparently embarking on a recruitment drive across Central Asia. As violent extremism researchers Lucas Webber and Riccardo Valle wrote in an article published on Eurasianet last month, the group has “recently ramped up the production, translation, and dissemination of propaganda directed at Uzbek, Tajik, and Kyrgyz speakers in the region.”

Officials in Tashkent have likewise warned of the possibility of a spillover of unrest from Afghanistan.

In an interview in October with Russian daily Kommersant, Uzbek Foreign Minister Abdulaziz Komilov allowed for the possibility of ISKP militants fleeing the Taliban regime attempting to cross over into Central Asia. As to the Taliban, however, Tashkent has adopted an accommodationist approach and is maintaining active diplomatic ties with the new regime in Kabul.

Russia, meanwhile, has been an active disseminator of alarm about the ISKP’s threat to Central Asia. In a speech at the end of March, Russian Foreign Minister Sergei Lavrov expressed “particular concern” about purported plans by the Islamic State to destabilize Central Asia “and export instability to Russia.”

“An alarming signal is the build-up of units of Ansarullah Jamaat and the Islamic Movement of Uzbekistan on the Afghan-Tajik and Afghan-Uzbek borders,” he said.