Komilov stepped down after appearing to mildly criticize Russia's war in Ukraine. 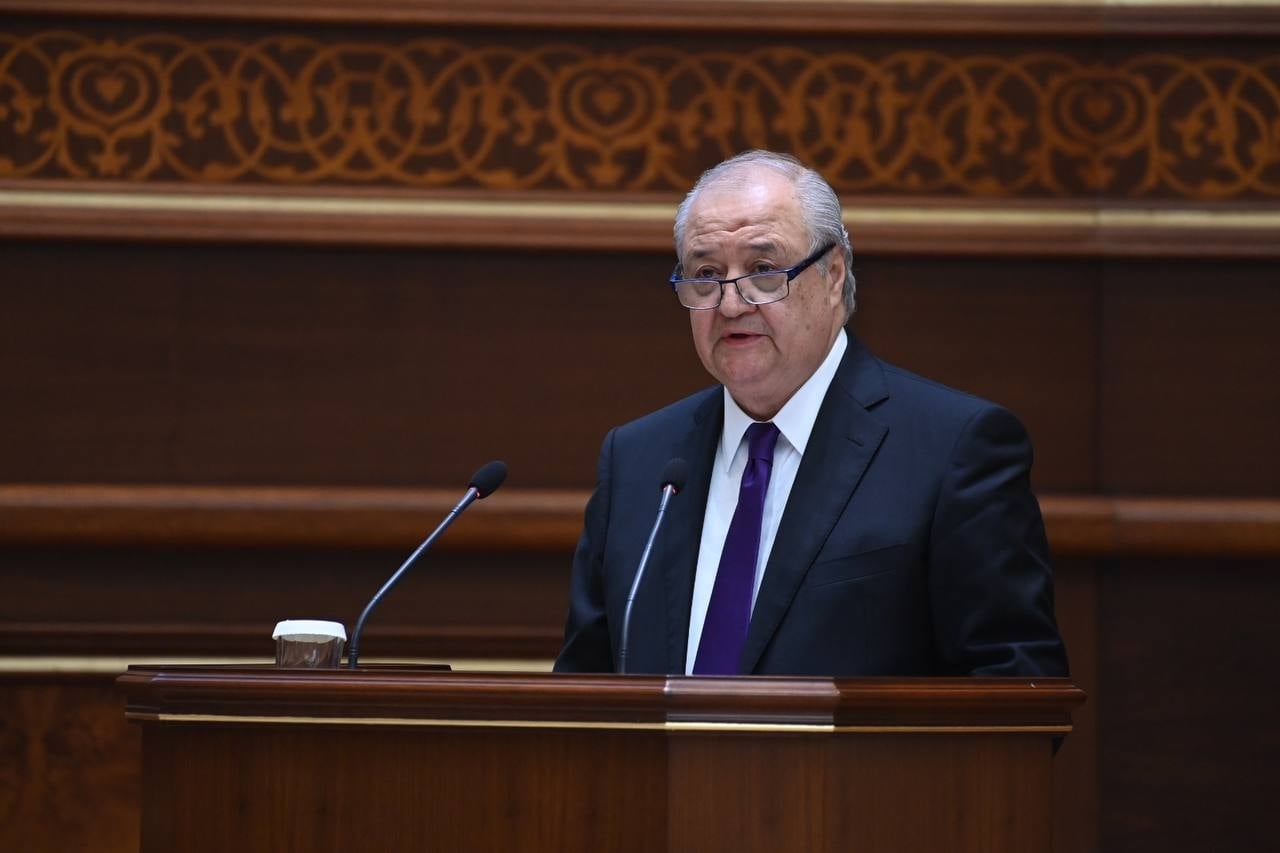 The president of Uzbekistan has appointed a veteran official recently removed as head of the diplomatic service as his special representative on foreign policy matters.

Abdulaziz Komilov, 74, stepped down as foreign minister in April, weeks after appearing to obliquely criticize Russia’s aggressive military posture by restating Uzbekistan’s support for the territorial integrity of Ukraine.

It is unclear that Komilov’s decision to leave that job was explicitly linked to his statements on Ukraine, however. He was quickly appointed to another position, as deputy secretary of the presidential Security Council.

Komilov had occupied the position of head of the Foreign Ministry in two separate stints for 19 years in total – between 1994 and 2003 and later between 2012 and 2022. At other times, he has served as his country’s ambassador to the United States, Canada and Brazil.

Uzbekistan has, like its peers in Central Asia, strained to adopt a balanced line on Russia’s war in Ukraine by refraining from condemning the actions of the former. Many observers felt Komilov had broken ranks when he spoke to members of the Senate on March 17 about the urgent need for both sides in the conflict to reach a diplomatic solution.

“For that to happen, it is necessary first to bring an end to the military activities,” he said.

While not categorically condemning Moscow for its actions, it was notable that the minister’s remarks came just as Russia was pounding cities across Ukraine with a series of unprovoked airstrikes.

In the same exchange with Senators, Komilov restated Uzbekistan’s support for Ukraine’s territorial integrity and stated explicitly that Tashkent would not recognize the declaration of sovereignty made by the self-styled Donetsk and Luhansk people’s republics in eastern Ukraine.

Komilov had not alluded to the question of Ukraine in his initial speech in the upper house, but only touched on the matter when asked specifically about it by a Senator. Local commentators have speculated, though, that the minister’s response was nevertheless prepared in advance. Some have argued the words reflected the official Uzbek line, while others believe Komilov might have strayed from the script by appearing to mildly object to Russia’s conduct in Ukraine.

The latter theory was lent some weight by the Foreign Ministry’s surprise announcement on March 29, only two weeks after the Senate remarks, that Komilov had been undergoing treatment for a chronic illness at a Tashkent hospital for the previous 10 days.

“In view of the need for further examinations of the health of Abdulaziz Komilov, the minister is at this moment continuing treatment abroad,” the ministry said in a statement, without giving any details about Komilov’s condition.

Komilov was until that moment the only member of a Cabinet from the era of the late President Islam Karimov to have retained his job under the current head of state, Shavkat Mirziyoyev. His career path in high government has long appeared ordained. His father-in-law was Sharaf Rashidov, who ran the Uzbek SSR between 1959 and 1983 in his capacity as first secretary of the republic’s Communist Party.

Last summer, it was Komilov’s son, Daniyar, a Russian citizen, who found himself in the media spotlight after buying the former premises of the feared security services in Tashkent. Local media dwelled at the time on how the building was – before its sale to Daniyar Komilov’s Metropol Group – removed from a state-compiled list of heritage sites.