Emiratis can now visit Uzbekistan for up to 30 days visa-free. 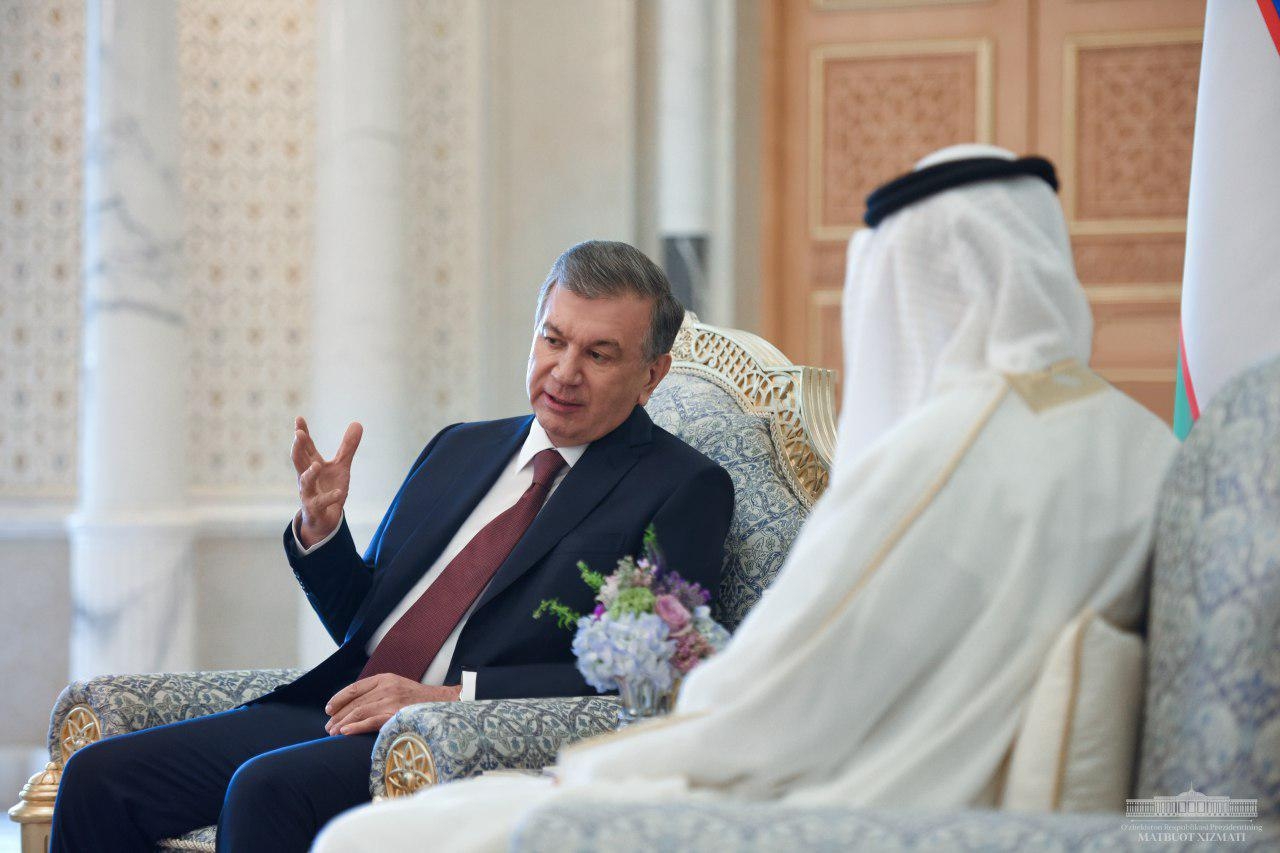 In honor of the official visit to the United Arab Emirates by Uzbekistan’s President Shavkat Mirziyoyev, Dubai’s soaring Burj Khalifa skyscraper was lit in the white, green and blue of the Uzbek flag.

That was just the cherry on the cake, however.

According to an Uzbek presidential administration statement on March 25, Mirziyoyev managed during his stay in the United Arab Emirates to come away with more than $10 billion worth of deals in areas including finance, alternative energy, infrastructure and agriculture.

A breakdown of those deals has not yet been forthcoming, but some details about proposed tie-ups have been reported.

Abu Dhabi-based Mubadala Investment Company, said in a statement that it has agreed with Uzbekistan to explore partnerships in power generation, renewables and in the oil and gas industry.

On a more immediate and practical front, it will now be easier for Emiratis to make short-term visits following a decree by Mirziyoyev to drop visa requirements for stays of up to 30 days.

Tashkent is working hard to generate enthusiasm in its tourist sector — not least from religious pilgrims — and cash-rich Emiratis feel like a good fit on that front. The number tourists visiting Uzbekistan from the UAE rose by 50 percent in 2018, but the visa requirement change should pave the way for an even more robust increase.

Uzbekistan and the UAE already enjoy a good level of economic closeness.

As the UzA state news agency detailed, there are 107 companies operating in Uzbekistan with Emirati capital. The areas of focus are textiles, construction material, canned goods, trade and services.

Bilateral trade last year reached $400 million. Talks at the Uzbekistan-UAE intergovernmental commission on trade and scientific cooperation held in Tashkent on March 12 focused on how to get that number to $1 billion “in the coming years.”