Rumors that the president was set to dislodge Rustam Inoyatov have been circulating for months. 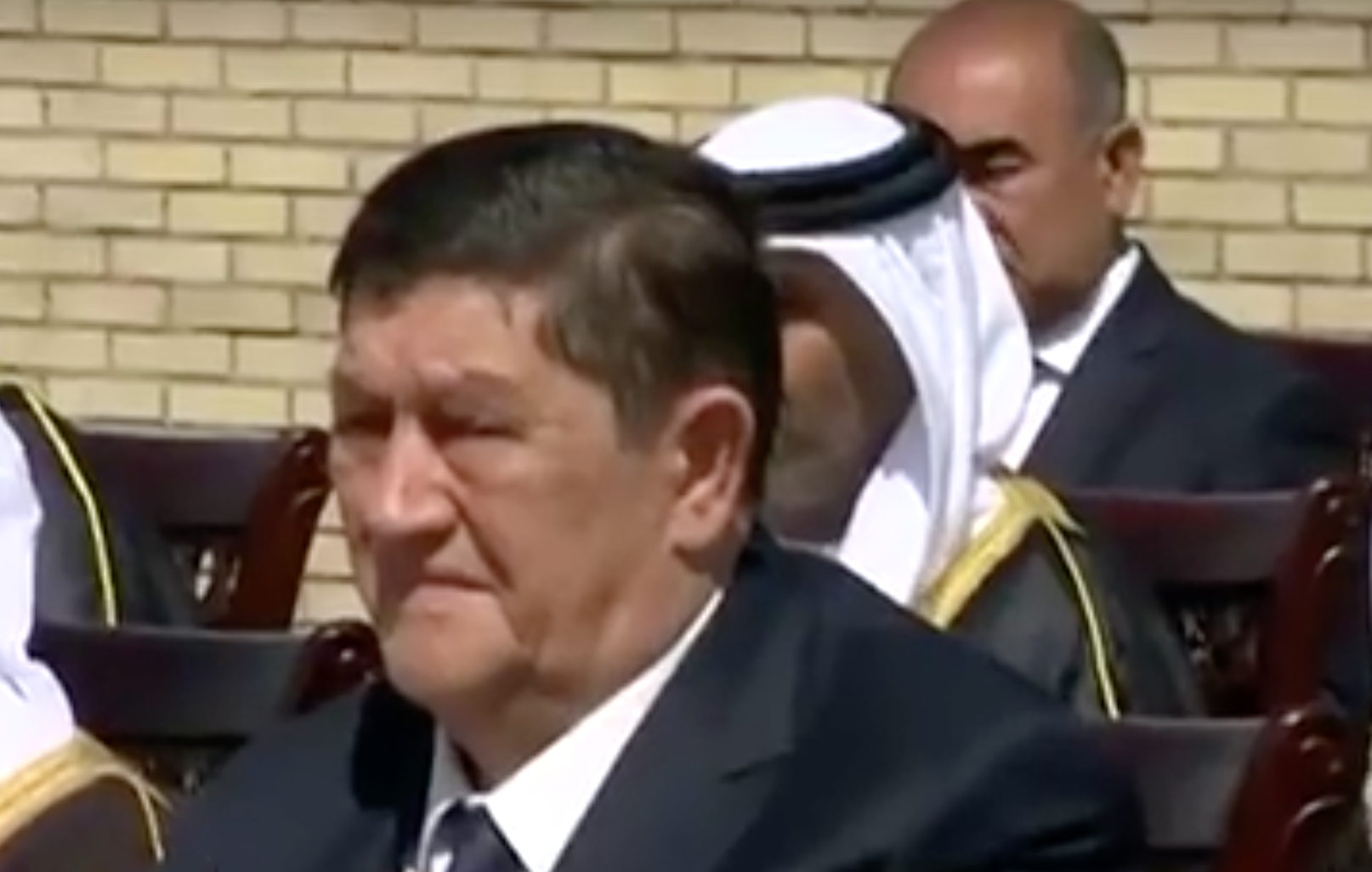 Rustam Inoyatov, seen here in a rare televised appearance in September 2016, has stepped down as head of the National Security Services.

The president of Uzbekistan has in his most dramatic personnel reshuffle since he came to office removed the powerful, long-serving head of the National Security Services, Rustam Inoyatov.

Speaking on January 31 at security services headquarters in Tashkent, President Shavkat Mirziyoyev strongly criticized the way the body has been run. Inoyatov, 73, has been at the helm of the SNB, as the body is known in its Russian initials, for 22 years and has been described as the “last Stalinist politician among the country’s elite.”

Officially, Inoyatov resigned his post, although there are ample grounds to believe he was robustly pushed. Rumors of an imminent move by Mirziyoyev against the SNB leadership had long been circulating, although few were certain that he possessed the political capital to actually dislodge Inoyatov altogether.

In his strongest criticism of the SNB since coming to power in 2016, Mirziyoyev in December called for its powers to be severely curtailed.

“The National Security Services operates on the basis of a statute adopted by the government 26 years ago. We must reform this structure. The SNB should be a protector of our external and internal security,” Mirziyoyev told a gathering of lawmakers, foreign diplomats and reporters with local and foreign media. People present at that speech reported seeing Inoyatov listening in a subdued and hunched pose.

Mirziyoyev attacked the SNB, as well as other law enforcement bodies, on grounds that will be extremely familiar to the many Uzbeks that have been subject to its untrammeled abuses over the years. Law enforcement agencies would no longer have the right to performs searches and run wiretaps without court orders, the president said. Torture and physical intimidation of citizens by law enforcement personnel should become a thing of the past, he said, in clear allusions to common SNB practices.

“It is unacceptable to arrest people on the basis of false testimonies. Until investigators can prove a person’s guilt, they should not be placed in prison. We will investigative facilities with close-circuit cameras,” he said.

In yet another swipe at the SNB, Mirziyoyev earlier this month demanded that agents with the service withdraw all their personnel from Uzbekistan’s overseas missions.

“In the embassies there are representatives of a certain service, but that’s it, those times are over. Tomorrow I will recall them all. The ambassador is the representative of the president. Nobody should be keeping tabs on him,” Mirziyoyev said.

As a potted biography by Moscow-based Ferghana news website reveals, Inoyatov comes from a family of KGB operatives. His father, Rasul Inoyatov served as a colonel in the KGB. He completed his studies at the Iranian-Afghan philology department at Tashkent State University in 1968. He was inducted into the KGB while serving in the Red Army. From 1976 to 1981, he worked in the Soviet mission in Afghanistan. His ascendancy to the top of the SNB came in 1995. Following the bloody crackdown of an uprising in the Ferghana city of Andijan in 2005, he was among several high-ranking security officials to be included in a European Union visa ban. Just a couple of years later, Brussels demurred and lifted the ban.

Some of the motivations for the late President Islam Karimov anointing Inoyatov as Uzbekistan’s top security official are described in detail by Kathleen Collins, an associate professor at the University of Minnesota, in her masterly 2006 book Clan Politics and Regime Transition in Central Asia.

“The SNB is headed by Rustam Inoyatov, a former KGB general from Surkhandarya oblast’ who is not known for clan ties to either the Samarkandi or Tashkent networks. Inoyatov gained favor with the president because of his competency in monitoring the Islamic opposition in Tajikistan prior to the Soviet collapse and the Islamic opposition in Uzbekistan, as well as in rebuilding the Uzbek army and security services after the Russian withdrawal. In particular, Karimov wanted an SNB immune to clan ties,” Collins wrote.

In evidence of a mounting whispering campaign against Inoyatov, several flimsily sourced stories have appeared on an obscure website in recent months purporting to detail the security chief’s financial interests overseas. It is unclear who is behind that website or whether any of the information published is accurate.

If Inoyatov did indeed accumulate substantial wealth over his two decades in charge of the SNB, as his many critics claim, it was likely by virtue of the stranglehold maintained by the successors of the KGB over the country’s economy.

In what was widely interpreted as an initial salvo against the influence of the SNB, Mirziyoyev in November 2016 adopted a government decree mandating the liberalization of the government’s monetary policy. In substance, this amounted to the first step toward abolishing currency exchange restrictions, which in turn severely undermined the profitability of the currency black market — a huge business that has long been said to be in the control of the security services.

Inoyatov’s successor has been named as Ikhtiyor Abdullayev, 51, who has served as General Prosecutor since April 2015. Abdullayev is another long-standing government servant and loyalist who has at various stages occupied positions as an adviser to Karimov and a deputy Justice Minister.