Mirziyoyev's pledges come amid a torrid time of power shortages and a slowdown in economic growth. 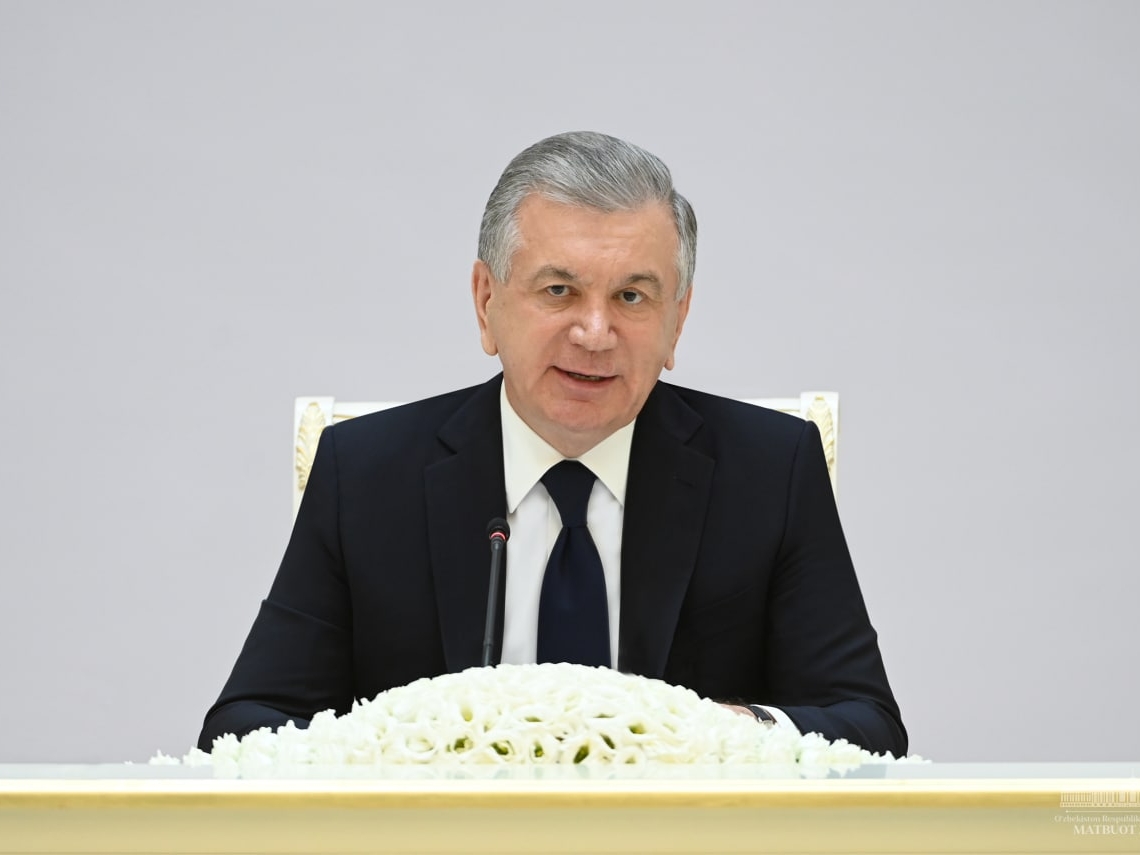 Mirziyoyev is trying to put on a brave face during a tricky period for his country. (Photo: Presidential website)

Less government, more gas, better public transport, and greater protections for property rights; those were just some of the promises made by Uzbekistan’s president in his state of the nation speech before parliament on December 20.

Shavkat Mirziyoyev is putting an upbeat spin on things, even as his country endures a particularly troubled winter of power outages and fuel shortages and looks poised to record economic growth below expectations.

One solution to the background malaise that is being put forward by Mirziyoyev is to streamline the civil service. In that spirit, the number of ministries and government agencies will be halved in 2023, from 61 to 28, he told lawmakers.

“From now on, ministers will not work in the old way. If ministers do not have clear strategic approaches in their field and their activities do not alleviate the problems of the people, what use do we have for them? They will have to go,” Mirziyoyev said.

Warming to the quality-of-life theme, the president vowed that greater efforts would be undertaken to more fully exploit Uzbekistan’s gas reserves as demand for fuel continues to surge in the coming years. The answer here, he argued, is to dig deeper.

“On the Ustyurt Plateau, gas fields will be explored at … depths of more than six kilometers. Large foreign investors will be found [to do the work], but at the same time, we will put our national interests in first place,” he said.

Any companies already developing fields but doing so inefficiently, meanwhile, will stand to lose their licenses, Mirziyoyev warned.

“We must enshrine national interests in legislation so that subsoil deposits can ensure returns for the next 10-20 years,” he said.

In another proposed fix to the law books, the power to seize property, as well as approve search warrants and wiretaps, may soon be taken out of the hands of prosecutors and handed to the courts.

“From now on, an investigator will not be able to seize property under the pretext of classifying it as evidence of a crime,” Mirziyoyev told parliament, noting that it was unfair that businesses could under the present system be put out of commission without cause for up to six months while investigators do their work.

Turning to the question of public transport, the president put forward more promises. These included the purchase of 1,000 buses and the opening of seven new metro stations in the capital, Tashkent. The acquisition of another 1,000 buses for the regions will improve mobility for around 1 million people spread across 300 communities, he said.

Finance Minister Timur Ishmetov revealed earlier this week that ­­the economy is projected to grow by 5.5 percent this year. That figure would be the envy of Western economies, but it falls short of the 7.4 percent growth recorded in 2021 and what had been projected by officials earlier in the year. The slowdown will continue next year. GDP growth will diminish a little more in 2023, hitting 5.3 percent, Ishmetov forecast.