Uzbekistan: President’s daughter gets job in his administration

The appointment evokes memories of the nepotism that prevailed under the late President Karimov. 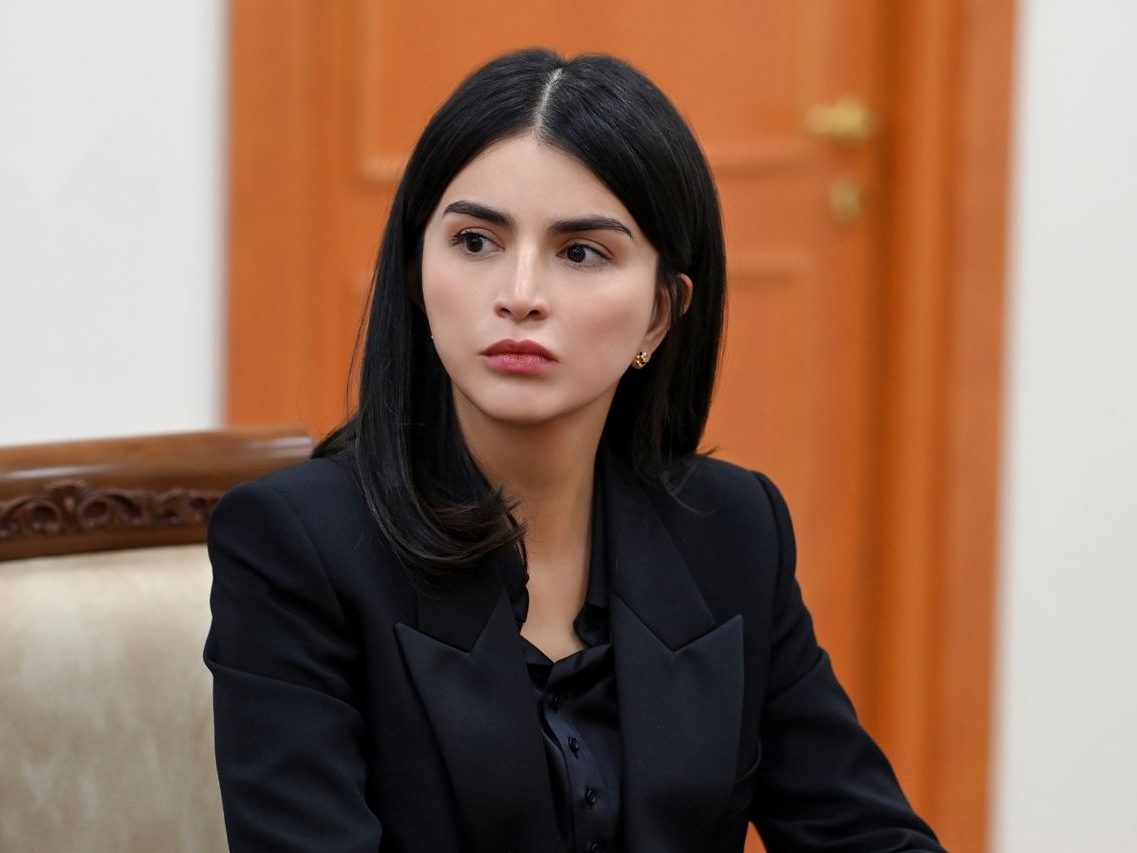 The daughter of Uzbekistan’s president has been given a job in his administration in a stroke of personnel management that will evoke memories of the nepotism that prevailed under the rule of the late President Islam Karimov.

Saida Mirziyoyeva, 38, will head the presidential administration’s communications and information policy department, a spokesman for President Shavkat Mirziyoyev wrote on his Telegram account on November 14.

“Mirziyoyeva will also monitor the implementation of social reforms, and reforms in the field of culture and education,” the spokesman, Sherzod Asadov, wrote in the statement.

Asadov included a potted description of Mirziyoyeva’s educational background by way of evidence of her credentials.

Since February 2020, Mirziyoyeva has served as deputy chair of the board at the Public Foundation for the Support and Development of National Mass Media. It is in that guise that she has sought to position herself as a champion of the free press.

Despite the increased freedom of expression seen since Mirziyoyev ascended to power in 2016, the picture for the media overall is bleak. Reporters Without Border, or RSF, ranked Uzbekistan 133rd out of 180 nations in its 2022 Press Freedom Index.

“The authorities largely control the media, as well as a number of bloggers with close ties to the government,” RSF has said of Uzbekistan. “Authorities still have not implemented the reforms needed to abolish laws that enable repression of the media. Surveillance, censorship and self-censorship are prevalent.”

Mirziyoyeva’s rapid ascent to a position of influence is bound to draw comparisons with what unfolded under President Karimov, who died suddenly in September 2016. His eldest daughter, Gulnara, secured positions within government from the mid-1990s, and at one point served as her country’s representative to the United Nations in Geneva. She later went on to develop a career as a fashion impresario, pop singer and philanthropist.

Karimova is most strongly associated now, however, with a vast corruption scheme to extort hundreds of millions of dollars in bribes from international telecommunications seeking to enter the Uzbek market. She was arrested in 2015, one year before her father’s death.

Mirziyoyev is not new to charges of fostering nepotism.

U.S. government-funded broadcaster RFE/RL reported in November 2019 on how Otabek Umarov, the husband of another of Mirziyoyeva’s daughters, Shahnoza, had been appointed as deputy head of the presidential personal security detail. The broadcaster alleged that Umarov also served as an informal ambassador at events with foreign dignitaries.

The same report described Shahnoza Mirziyoyeva as a “high-level official at the Preschool Education Ministry … reputed to essentially control funding and other aspects of social programs for children.”

There is, of course, a notable international precedent for a head of state appointing a favored offspring to their administration.

As the New York Times has reported, the Trump Justice Department batted away suggestions that Kushner’s appointment constituted a violation of anti-nepotism rules, insisting that the “president’s special hiring authority … [exempted] positions in the White House Office.”