Uzbekistan puts up ‘for sale’ sign amid chill of Ukraine war

Tashkent is selling its "crown jewels," but Russia's war in Ukraine is dampening the mood. 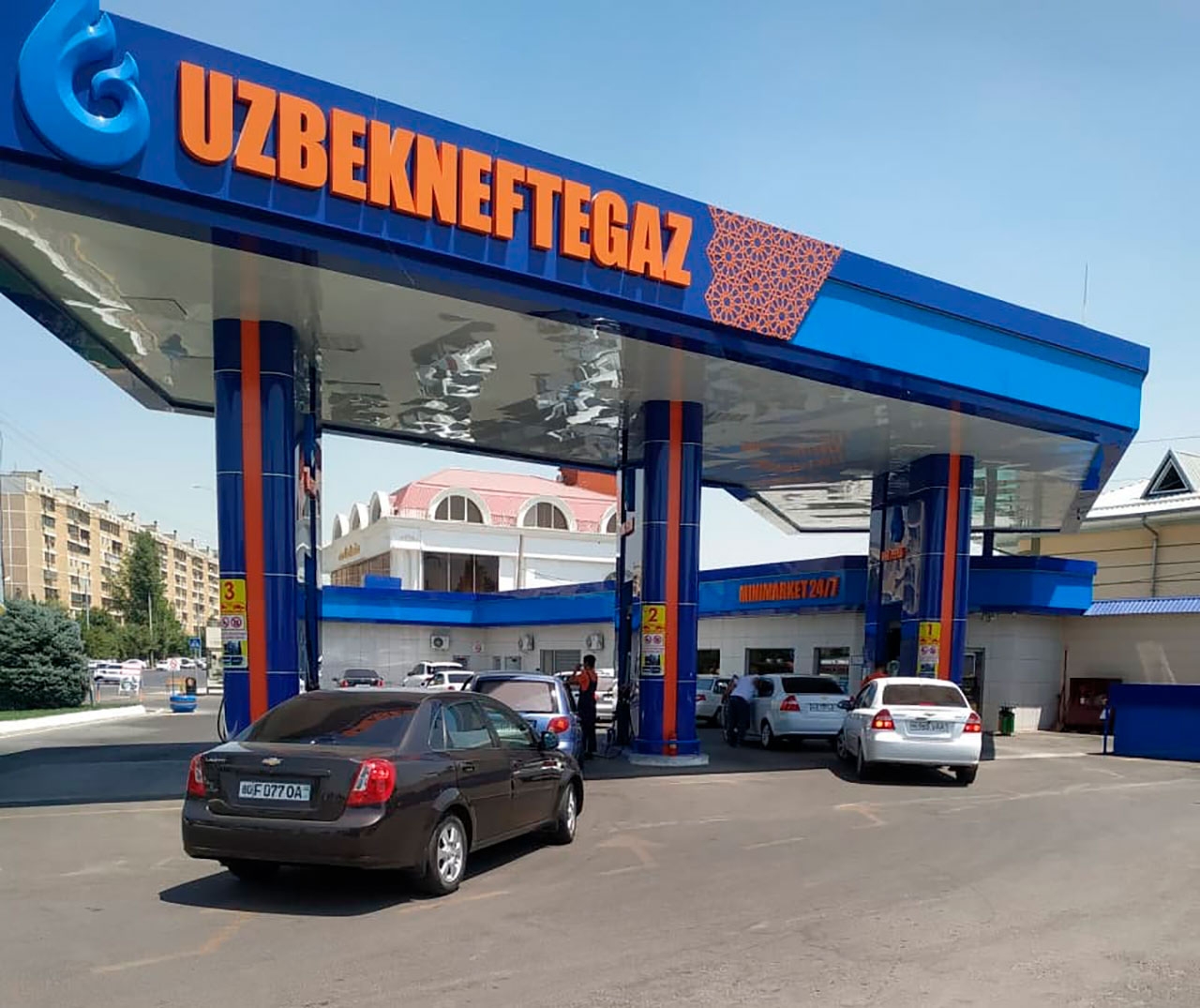 The state oil and gas firm is among the companies Tashkent wishes to float on foreign stock exchanges. (Uzbekneftegaz)

Never mind the warnings of global economic gloom, Uzbekistan is open for business.

That was President Shavkat Mirziyoyev’s sales pitch at the inaugural Tashkent International Investment Forum, which opened on March 24.

“The assurance of success in our country is guaranteed by the president and the government,” Mirziyoyev vowed.

Everything must go, he said. Almost.

Qishloq Qurilish Bank will become the first bank in Uzbekistan to float on a stock exchange. It isn’t yet fully clear where the shares will be floated, or how much of the joint-stock bank will be sold off, but Mirziyoyev has set an October 1 deadline for the listing to happen. Mirziyoyev also ordered Sanoat Qurilish Bank and Asaka Bank to list state-owned stakes for sale this year, without further details.

The clock is ticking for another five lenders: Xalq Bank, Mikrokreditbank, Aloqabank, Agrobank, and the National Bank of Uzbekistan must finish preparations for a listing by July 2023, Mirziyoyev has demanded.

This lender-focused turn to the private sector met with approval from delegates.

“Privatization of state banks should be the key,” Umut Shayakhmetova, the chair of Kazakhstan’s Halyk Bank, which in 2018 became the first foreign bank to dip its toe into Uzbekistan, told the audience at the Tashkent City Congress Hall.

Mirziyoyev insists that the fundamentals of the economy are strong. Gross domestic product will grow by nearly one-third, to $100 billion, over the next five years, he assured the audience.

The state controls 82 percent of banking sector assets and owns 12 of the country’s 33 banks, according to Central Bank data.

The plan is for that to be whittled down to 40 percent, said first deputy Finance Minister Omonullo Nasritdinhojaev.

Uzbekistan took a notable step toward diluting the state’s role in the finance sector with an agreement reached last year for Hungary’s OTP Bank to acquire a majority stake in Ipoteka Bank.

Earlier this month, though, another semi-foreign investor, Alisher Usmanov, a Russian oligarch of Uzbek origin now targeted by Western sanctions, scuttled away from Uzbekistan’s banking sector by selling off his stake in the privately owned Kapitalbank to a couple of associates.

Organizers of the Tashkent investor forum were insistent on the mantra of transparency. Critics of the Uzbek business scene are skeptical. Alleged cronyism still plays a dominant role.

Usmanov, who is related by marriage to Mirziyoyev, again raised eyebrows last year when the government sold him a controlling stake in a large telecoms company, Ucell, in exchange for a $100 million investment. No other bidders were offered the opportunity to get in on the action.

Mirziyoyev has now ordered the privatization of state-owned Universal Mobile Systems, or UMS, which operates under the Mobi brand, by April 2023.

Regional precedent for grand public offerings is not encouraging, as neighboring Kazakhstan has found with its own long-delayed IPO program.

But this fire-sale has important champions.

Zsuzsanna Hargitai, managing director for Central Asia at the European Bank for Reconstruction and Development, described what is being offered as the economy’s “crown jewels.”

Back in 2019, the government was thinking about 20 or so companies it wanted to see floated on stock exchanges. The updated list published in April 2021 has since been trimmed down, but it still includes the likes of Uzbekneftegaz, the oil and gas company; Uztransgas, the gas transporter, Uzbekistan Airways, and the Navoi and Almalyk mining and metallurgy plants.

Uzbekistan’s state-owned automobile manufacturer UzAuto Motors is moving ahead with plans to list a stake of up to 30 percent, despite experiencing some production issues of late.

The company will place up to 5 percent of shares on Uzbekistan’s stock exchange this year, and then another 25 percent in a foreign trading house in 2023, news website Spot.uz has reported.

There may well be investor appetite.

When UzAuto Motors issued a $300 million Eurobond last year, it was swamped with $1.4 billion worth of bids.

Uzbekistan has been trying to develop a domestic capital market for several years, but progress has been limited. The value of shares traded as of last year – around $6 billion – was equivalent to around 11 percent of Uzbekistan’s GDP. In Kazakhstan, where capital markets have been developing since the 1990s, the figure was around 39 percent.

Only two Uzbek companies have so far conducted IPOs, and only on the domestic stock exchange. They have not been roaring successes.

Glass factory Kvartz attracted just 7.5 billion sum ($940,000 at the exchange rate at the time) with its listing in 2017. Plastics producer Jizzax Plastmassa attracted 1.35 billion sum (then worth about $140,000) with its 2019 IPO, according to data published by Kursiv.uz.

The behemoths that are now planning international listings are far more attractive propositions.

The negative repercussions of Russia’s invasion of Ukraine are already coming to bear on the economies of Central Asia, and the situation is only likely to worsen. Uzbek officials at the Tashkent forum were not eager to address this elephant in the room.

“We’ll hope for the best and the soonest resolution of the situation,” offered Atabek Nazirov, director of the government’s Direct Investment Fund.