The returnees were almost all women and children. 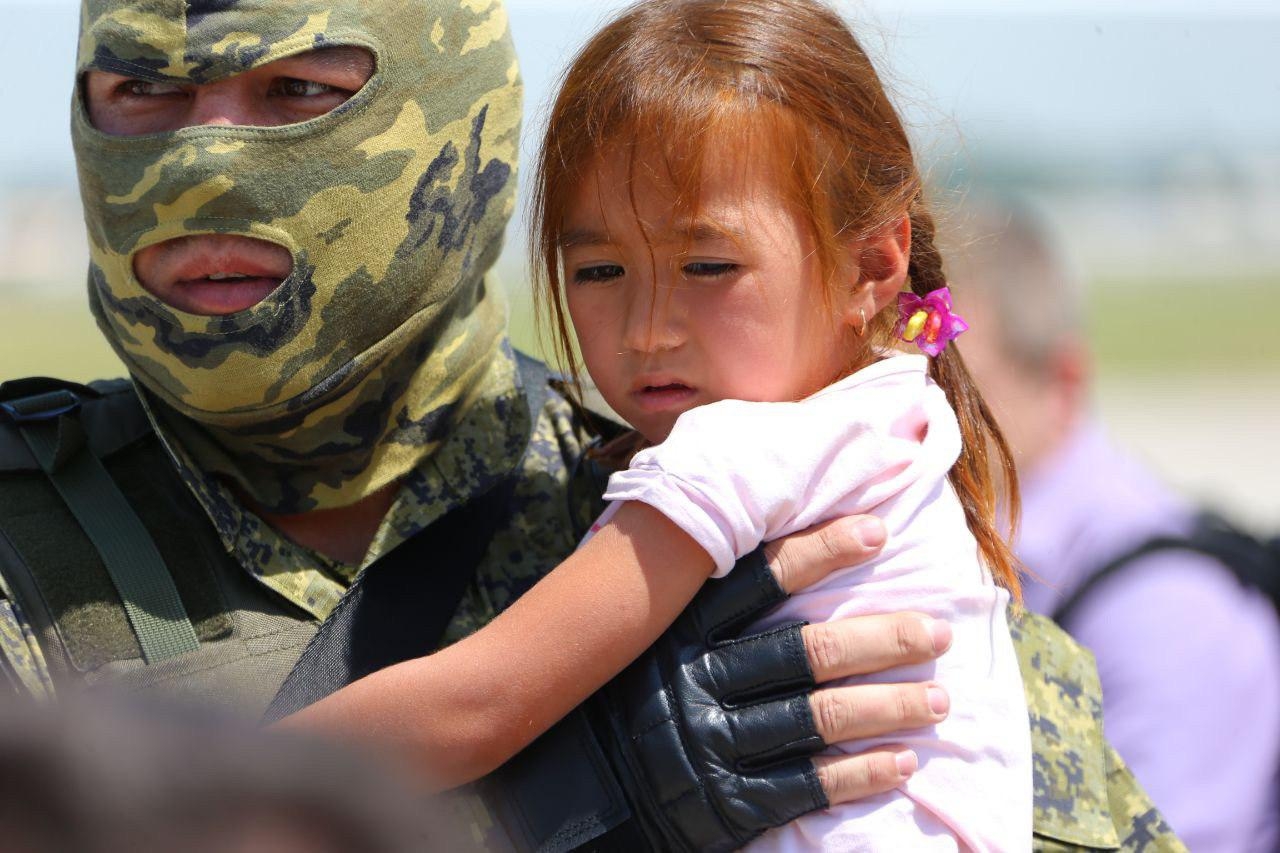 A plane landed in Uzbekistan’s capital on May 30 carrying 156 people, mainly women and children, who formerly lived in territories in the Middle East controlled by transnational militant Islamic groups.

The flight was arranged under the auspices of the presidential administration, which said that the government would now work to ensure the returnees could resume a normal and peaceful life.

They will be “provided good housing and employment,” the presidential administration said in a statement.

The online statement was illustrated by multiple photos of women and children disembarking from the Uzbekistan Airlines plane. In some images, children are seen being carried by masked soldiers. In another, a woman kisses the runway.

Novosti Uzbekistana reported that the repatriates were handed over to Uzbek diplomatic personnel by Kurdish armed groups in Syria. Another 300 or so Uzbek women and children are still stranded in northeast Syria awaiting a similar reprieve.

It is not known exactly how many nationals of Uzbekistan left their country to join the ranks of militant groups like Islamic State. Estimates vary wildly. One security think tank, the Soufan Group, puts the figure at around 1,500, although it is near-impossible to determine the accuracy of that assessment.

The return of women and children amid promises of housing and jobs marks a considerable softening of the line previously adopted by President Shavkat Mirziyoyev. In June 2017, Mirziyoyev declared in televised remarks that fellow Uzbeks suspected of involvement in hostilities in the Middle East would be stripped of their citizenship.

It is far from certain that Uzbek authorities have been in any position to established precisely what was the nature of activities engaged in by the adults that returned on May 30. Although official statements have made no mention of it, there is a high likelihood that intensive debriefing sessions will follow, at the very least.