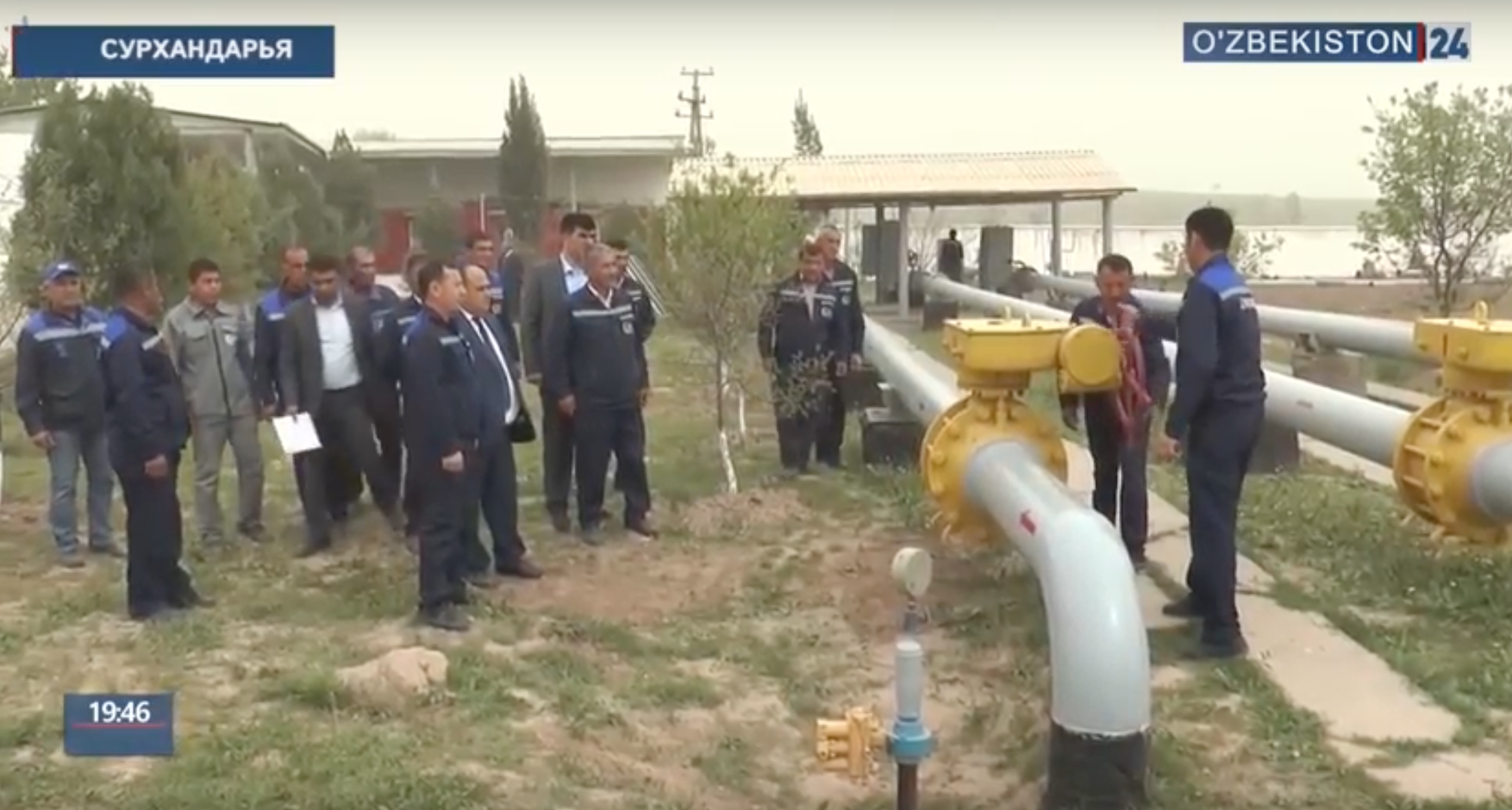 Screengrab of Uzbek state television footage of a ceremony to mark the start to gas deliveries.

Under a deal reached in March between the two nations’ presidents, Uzbekistan has pledged to deliver 126 million cubic meters of gas for $15.1 million this year. At $120 per 1,000 cubic meters, that translates into substantially favorable rates.

The gas will be funneled through the Muzrabad-Dushanbe pipeline and appears intended mostly — if not entirely — to provide for the needs of the TALCO aluminum plant and its employees in the western Tajik town of Tursunzoda.

Uzbek gas supplies were suspended in 2012 over what the government in Tashkent claimed were domestic shortages. This explanation was only partly true, however. The underlying motivation for the suspension in deliveries was the Uzbek objection to Tajik plans to build the giant Roghun hydropower dam, which Tashkent worried could destructively disrupt the flow of irrigation waters.

Since President Shavkat Mirziyoyev came to power in Uzbekistan, in 2016, relations have improved dramatically and the resumption of trade and energy ties has been made a priority.

On April 2, energy resources began flowing in the other direction, from Tajikistan to Uzbekistan, in the form of electricity. The last time that happened was nine years ago.

The electricity is being transmitted along 220-kilovolt lines starting from Tajikistan’s Regar substation. Tajikistan has agreed to provide Uzbekistan with up to 1.5 billion kilowatt hours in 2018 at around $0.02 per kilowatt hour.