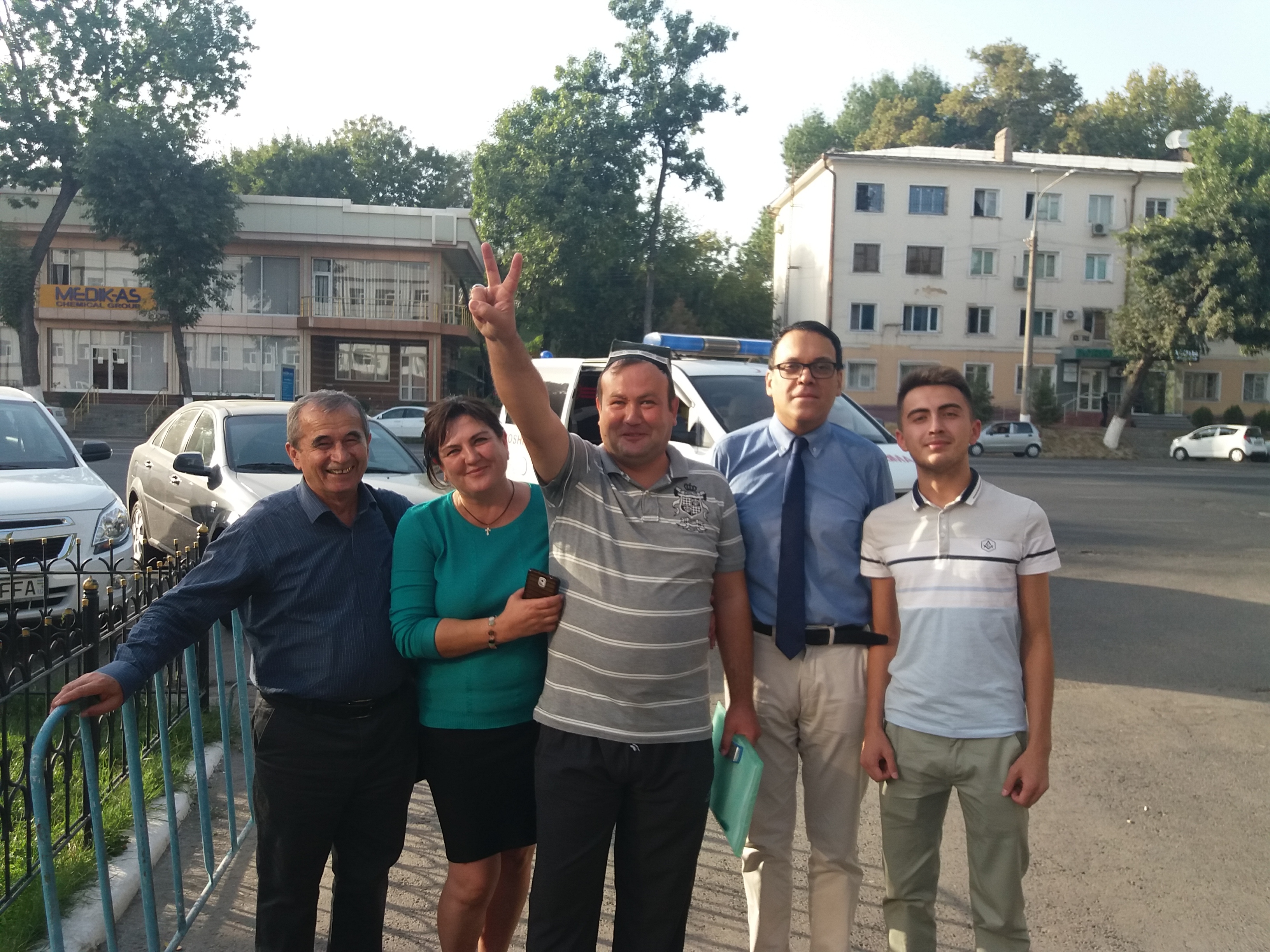 A scholar in Uzbekistan imprisoned on charges of treason has been freed by court order, sparking hopes that reforms to the justice system are leading to more humane outcomes.

Rights activists caution, however, that much remains to be done.

Andrei Kubatin’s release follows a ruling by the Tashkent regional criminal court on September 26. He had been sentenced to 11 years in prison in 2017. That term was later reduced to five years on appeal.

Kubatin told Eurasianet that his first goal now that he is out of prison is to return to his previous job as an academic.

Rights activist Agzam Turgunov, who was present at the courthouse at the time of the ruling, cited Kubatin’s lawyer as saying that the court found the treason charge to be without basis. This is, in effect, tantamount to full absolution – a highly unusual event for Uzbekistan.

The office of the parliament’s ombudsman for human rights, which conveyed Kubatin’s petitions to the General Prosecutor's Office and the Supreme Court, welcomed the ruling in a statement.

“In his appeals, the ombudsman stressed Kubatin’s remarks about his feelings of devotion to the motherland and his readiness to participate actively in reforms being implemented by President Shavkat Mirziyoyev,” the statement read.

After the ruling, Kubatin was taken back to prison to have his release processed and was then permitted to go home.

Kubatin, a specialist on the history and culture of the Turkic world, was arrested in March 2017 in a sting operation. He accuses the law enforcement officers who detained him of subjecting him to physical mistreatment.

The specific charge leveled against Kubatin was that he connived to hand classified materials to the Turkish Cooperation and Coordination Agency, Ankara’s foreign aid agency, in exchange for payment of $1,000. Investigators argued that the materials in question could be used to incite anti-patriotic, pan-Turkic sentiments and provide insider information about Uzbekistan’s geological reserves. Kubatin’s defenders have dismissed such accusation as absurd, arguing that the material in question was freely available to the public.

Kubatin’s arrest was especially notable for having occurred only months after the ascent to power of Mirziyoyev, who indicated early into his tenure that he was determined to put an end to an era of arbitrary repression.

Kubatin told Eurasianet he had little hope until the last moment that he would be released.

“I didn’t believe it. I had no confidence,” he said. “This was already my third trial.”

This decision comes on the heels of a visit to Uzbekistan by the UN Special Rapporteur on the Independence of Judges and Lawyers, Diego Garcia-Sayán.

Garcia-Sayán stated in remarks at the end of his visit that although Uzbekistan has taken some step toward dismantling the “authoritarian and centralist structure that has previously severely undermined the independence of justice,” more progress is needed.

“Substantial threats against judicial independence and the rule of law remain,” he said.

Garcia-Sayán was explicit in indicating the security services as the source of that threat. It was the National Security Service – since then rebranded as the State Security Services – that was responsible for Kubatin’s jailing.

“The government must now act urgently to sustain and complete the reform process and bring to an end those practices which currently affect access to justice and threaten efforts to achieve judicial independence,” Garcia-Sayán said.

Garcia-Sayán is expected to present a full report on his findings to the Geneva-based Human Rights Council in June 2020.

It is uncertain, however, whether the ruling on Kubatin is indicative of a systemic change or if the government was just attempting to accrue goodwill at the end of Garcia-Sayán’s visit. Kubatin’s appeal hearings were serially delayed, and the day of his release was unerringly timed to coincide with Garcia-Sayán’s departure. It has routinely happened in the past that high-profile imprisoned individuals were freed around the time of visits from notable foreign dignitaries or during trips abroad by the president.

Turgunov, the rights activist, said that many more people are still languishing behind bars on flimsy grounds.

“There are many such people,” he told Eurasianet. “I gave the special rapporteur a package of documents that includes 20 cases and names like that of Andrei Kubatin.”