There is nothing new about morality being center-stage on the public agenda. 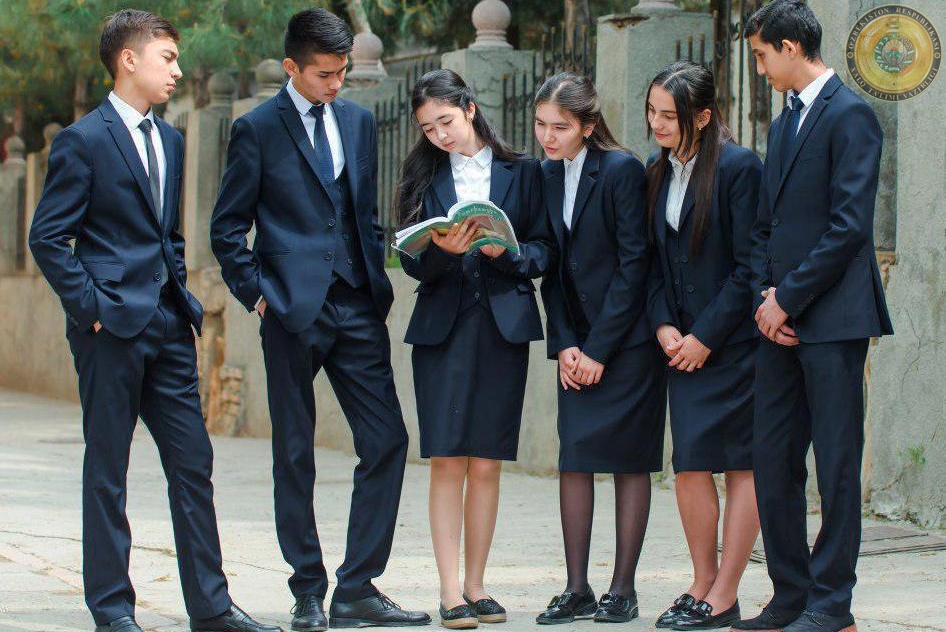 Gulnora Bakiyeva, 33, was watching the television news one evening earlier this month when a report made her blood run cold.

The station was round-the-clock news channel Uzbekistan-24 and the September 11 report was about the hot-button issue of the day: school uniforms. In one sequence after another, the camera lingered on shots of young schoolgirls, drawing attention to what the reporter claimed were their indecently short skirts.

“Weren’t their parents paying attention when they bought these clothes?” the reporter asked.

Bakiyeva said she panicked because her 10-year-old daughter, Shirin, attends a school in central Tashkent like the ones where the TV package was filmed.

“I am used to talk about hijabs, headdresses, but how can you talk about little schoolgirls and show them on television? I was alarmed when I saw this report,” Bakiyeva told Eurasianet. “I thought that the television station was conducting some kind of snap inspections of schools, so I made my daughter start wearing longer skirts. And I told her to steer clear of any television cameras.”

Uzbekistan has been gripped by a national conversation about uniforms since the middle of August, when the government set guidelines on what it considers proper clothing for schoolchildren. Most of the rules are aimed at female pupils. According to these guidelines, hemlines should extend to anywhere between five and 15 centimeters below the knee. Heels may be no higher than three centimeters. In winter, girls are permitted to wear pants, as long as they adhere to the school code.

The thrust of the Uzbekistan-24 report was that the rules are already being liberally flouted. Even teachers were singled out for criticism. More than one shot showed teachers wearing skirts with a hemline above the knee.

“Is it really proper to give a class in this kind of dress? This kind of clothing can have a poor influence over children’s education,” the reporter remarks.

The journalists behind the piece appear to have overreached in filming where they did, however. Tashkent’s schools No. 110 and No. 50 are considered among the more prestigious in the city and the fuss raised by the pupils’ well-to-do parents quickly filtered out into the broader public.

“Dear non-respectable journalist, have you quite lost your mind?” Tashkent resident Dilnoza Akhmedova wrote on her Facebook account. “What exactly are you trying to prove? That you are a morally reprehensible person is already quite clear. But can you be clear about what it is that you don’t want to see. Girls in skirts, in hijabs or miniskirts? We live in a secular state — it is about time you understood that.”

Parents of children at the two schools warned that they were prepared to sue both the journalist who compiled the report and Uzbekistan-24 for airing it.

“Not least for ethical reasons, when you show somebody in a negative light on television without their approval, you should at least cover their faces, so nobody can recognize them,” he wrote on September 14, also on Facebook. “The public shaming of people is not acceptable in a civilized society, especially when it comes to children.”

But the relatively mild sanction reserved for Uzbekistan-24 director Nodir Tulyaganov indicates the government’s position on this issue is more complicated than Shermatov’s rebuke would suggest. Tulyaganov, who had been in his job since last August, has been demoted to be the channel’s chief editor. It has not been officially confirmed that the school uniform report prompted this reshuffle, although widespread speculation is that this is indeed the case.

The controversy has ignited a parallel discussion about ethical standards in journalism. Many were appalled when Sherzod Kudrathodjayev, the rector of the newly created Journalism and Mass Communications University, which the government intends to be a standard-bearer of a new and more modern type of journalism in Uzbekistan, appeared to come down on the side of the contentious TV report.

“My dear grandmother used to say: ‘You don’t go to a funeral in a wedding dress, you wear your work-clothes to work. There is a uniform for students, and that is the end of it,” he wrote on Facebook.

The government is treading a tricky tightrope on the school uniforms issue. Another strand of the guidelines has caused rage among religious conservatives.

The rules stipulate that going to school in the hijab and other explicitly religious clothing is prohibited. Boys are not spared either. Pants should extend below the ankle. Although not expressly stated, this appears at first glance to be an injunction against the short trousers typically favored by some ultra-orthodox Muslims.

These restrictions sparked a wave of ostensibly uncoordinated expressions of indignation among conservative bloggers.

Adham Olimov, 32, a graduate of the National University of Uzbekistan and Cairo’s Al-Azhar University, has emerged as a particularly passionate and prominent critic of the school dress code in his postings on Facebook, where he goes by the name Musannif Adham. In post published after the August 15 decree on uniforms, he wrote that wearing the hijab is a basic right for any young woman.

The government reacted to the criticism in a fashion reminiscent of the heavy-handedness seen under the rule of President Islam Karimov, who died in 2016. According to the Initiative Group of Independent Human Rights Defenders, Olimov and several other people who had commented publicly on the hijab issue were in late August and early September detained by law enforcement authorities on charges such as refusing to submit to police orders. Many were sentenced to brief stays in prison.

There is nothing new about morality being center-stage on the public agenda, however. In the past, the government has taken exception to music, films and other forms of creativity deemed either indecent or unfit for Uzbek culture. Accordingly, political analyst Rafael Sattarov argues that the whole uniform polemic is one of the government’s own making.

“We should long ago have recognized a basic fact. All these long-standing games with morality and enlightenment have simply created fertile conditions for narrow-minded and primitive obscurantists,” Sattarov said