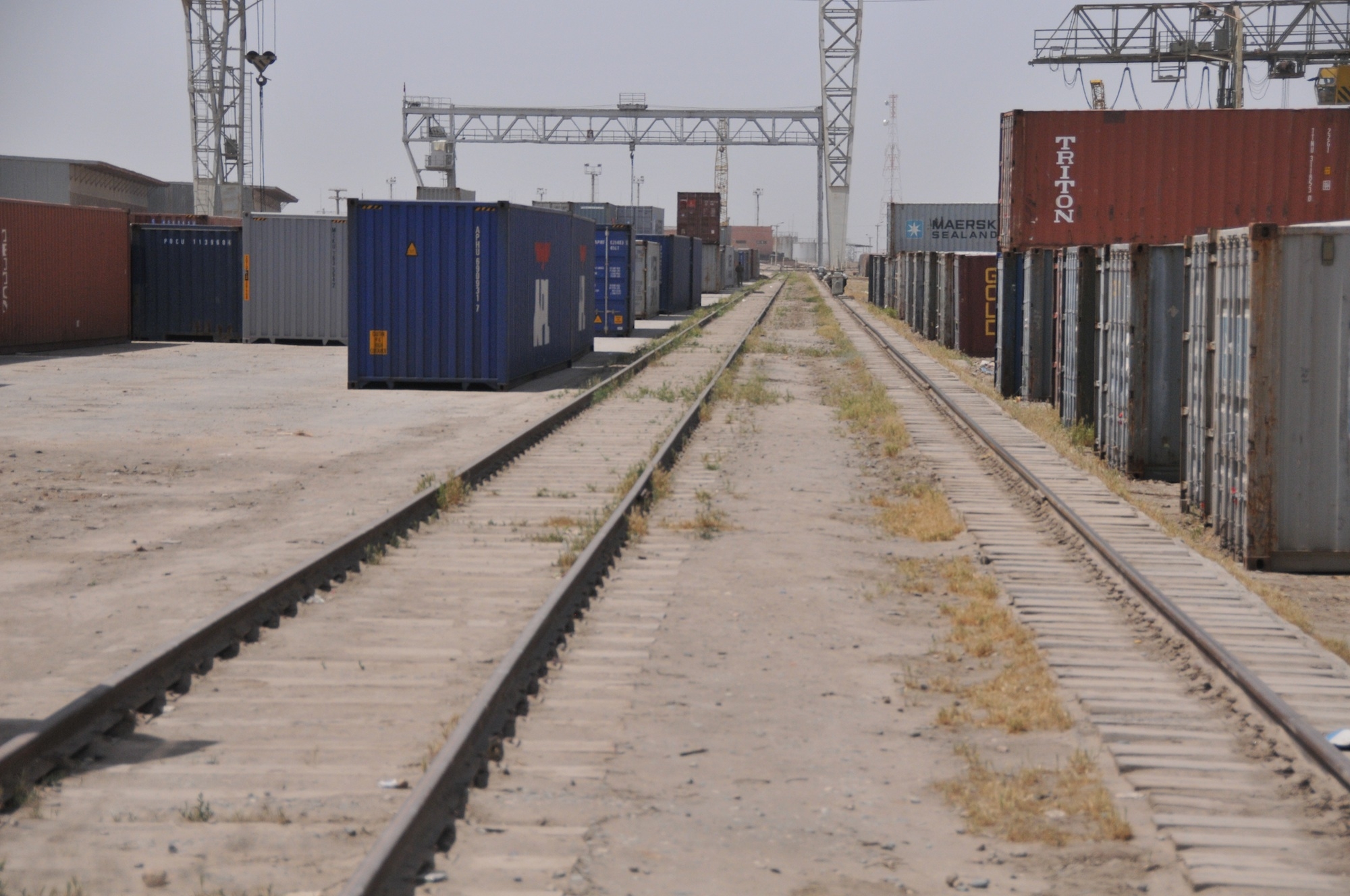 Policymakers from the U.S., Europe, and Central Asia gathered last week in Riga to discuss the "commercialization" of the Northern Distribution Network, the military transport routes that ship military goods from the West into Afghanistan via the ex-Soviet states. The idea that the NDN can be converted into a "New Silk Road" of commercial Eurasian trade has been around for some time. And it's been debunked for about as long. But it's still kicking, and in fact now has become part of the State Department's talking points.

What became clear at the conference, though, is that while the NDN may have been a military logistics success, and while there is in fact a great deal of momentum towards transcontinental Europe-Asia land transportation, those two things have little to do with one another. There was occasional political rhetoric connecting the two: Latvian Foreign Minister Edgars Rinkevics said that he was "confident that the Northern Distribution Network has the good potential of becoming a commercially viable, long-term transit corridor also after 2014." And Deputy Assistant Secretary of State Lynne Tracy spoke of "the transition of these transport corridors from the success of carrying cargo supporting operations in Afghanistan to realizing their full potential as commercially competitive and efficient routes." But for the most part, the two conversations -- about the NDN and about commercial transcontinental transit -- were entirely separate.

It was particularly striking that in the presentations from the countries that are genuinely interested in fostering transcontinental transit -- Azerbaijan, Kazakhstan and Latvia -- Afghanistan and the NDN were mentioned only in passing, and often not at all. The map of projected transcontinental transit presented by Timur Orezaev, a Kazakhstan foreign ministry official, had commerce flowing east from Kazakhstan through Russia and Belarus and south through Turkmenistan and Iran -- a very different notion from the Afghanistan-centric New Silk Road the State Department promotes. Likewise, the presentation by Latvian Transportation Ministry official Māris Andžāns envisaged travel from Riga to China passing through Russia and/or Kazakhstan, again bypassing Afghanistan. The presentation by Azerbaijan Diplomatic Academy scholar Taleh Ziyadov similarly ignored the NDN and Afghanistan.

One obvious reason for this is that Afghanistan just isn't a good option either for transit or as a market in itself. But another is that Uzbekistan, a key part of the NDN, manifestly isn't interested in regional cooperation on trade or anything else, and has in fact been a consistent impediment to the smooth working of the NDN. One theme that emerged from several of the presentations, especially those by the commercial companies actually conducting the trade, was how difficult it was to work with Uzbekistan. In particular, since the reverse transit out of Afghanistan has begun, Uzbekistan has proven to be extremely strict with cargo coming out of Afghanistan, apparently worried that contraband may be smuggled in via NDN cargo.

John Slaats, Baltics managing director of NDN contractor DAMCO, said that his company ships goods into Afghanistan by train via Afghanistan, but out of Afghanistan for the most part by truck through Tajikistan to Bishkek, and then onward by rail. He said his company was the first to successfully transit goods out of Afghanistan through Uzbekistan, but that they had only done 78 containers that way, as compared to more than 1,000 through Tajikistan and Kyrgyzstan. "We have the most problems in Uzbekistan," he said, "Uzbekistan has really unpredictable transit times. One time it's smooth, the next time the container stands at several weeks at one station due to severe control. OK, that can happen. But then they move to the next station, still in Uzbekistan, and still we get again a big control. Why are they checking the same thing two times? Also, at the last station, leaving Uzbekistan, it's still quite big checks. This, in the end, affects overall performance and future volumes shipped by this route." The government is especially strict with military cargo, he said, giving transit companies a permit for only 28 days to transit the countries, which "is quite difficult to get" and then -- in the case that the cargo is delayed -- the company has to apply all over again.

Asked about Uzbekistan's role in regional transportation integration, representatives from several neighboring countries said that such schemes can't work without Uzbekistan's cooperation. "Uzbekistan is a very important country, without them any program won't work," said the head of the Turkish Foreign Ministry’s Department of Relations with Caucasus and Central Asian countries, Yavuz Kül, and his comments were echoed by representatives from Kazakhstan, Kyrgyzstan, and Tajikistan. "Central Asian regional integration is impossible without Uzbekistan," said Kazakhstan's Orezaev.

None of this is very difficult to see, it's really pretty obvious. What is remarkable is that policymakers keep pretending that it isn't.