Mirziyoyev wants his country-people to grow more of their own vegetables. 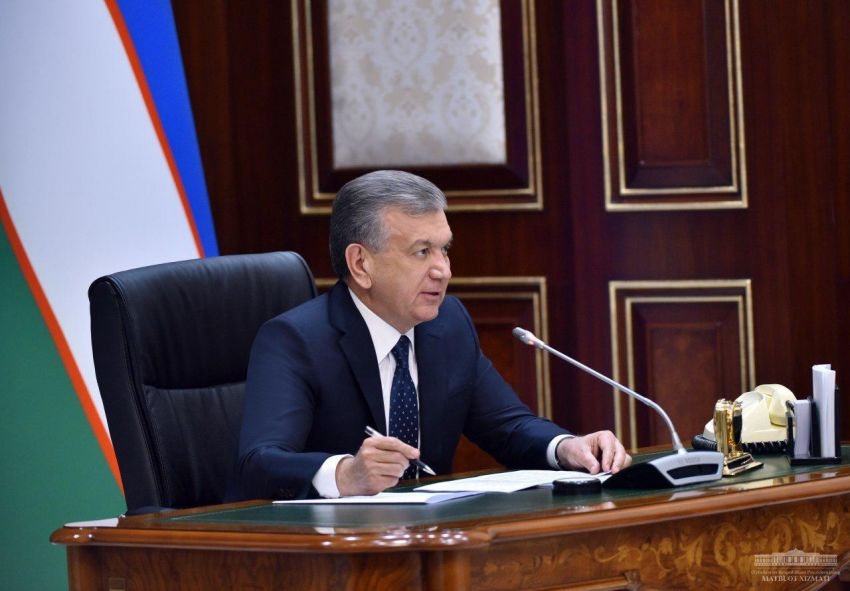 Uzbekistan has long prided itself on being the breadbasket of Central Asia, but the unfurling of the coronavirus crisis has raised concerns that the country may be poised to endure troubles with food security.

The solution could lie in falling back on methods that have recently fallen out of favor as the government seeks to open up its economy – pressuring farmers into meeting production quotas on certain goods and intervening in the market to ensure regular supplies.

Speaking at a meeting of officials late last week, President Shavkat Mirziyoyev ordered regional leaders and captains of industry to mobilize and ensure increased agricultural output and build up the country’s food reserves. Mirziyoyev said this strategy would serve as a panacea across the board.

“This is the only way to partially compensate for losses in other sectors of the economy and to protect employment and incomes,” he said at the April 10 meeting.

The World Bank has in recognition of the COVID-19 crisis revised its 2020 economic growth projection for Uzbekistan to 1.6 percent, down from the earlier 5.7 percent.

In remarks broadcast on television, Mirziyoyev said he wanted to see a 10 percent increase in cotton crops and 20 percent more grain. He also called on citizens owning garden or plots of land to grow more vegetables or raise poultry and livestock.

“Now, it is the earth and the earth alone that can feed us. All countries have suspended trade. For this reason, we talk about food production, everywhere needs grain, and poultry farming, and cattle breeding, and fishing,” he said in the televised remarks, adding that there was no time to waste.

The instructions on cotton and wheat in effect mark a relapse into the state order system whereby the government fixed quotas for the cultivation of cash crops. Mirziyoyev had, in March, signed a decree ordering the abolition of the state-order system for cotton crops in a move that won him considerable international plaudits. In January, Mirziyoyev approved a decree envisioning a gradual reduction in the volume of grain that the state purchases through its order system starting from 2021.

Mirziyoyev, an agronomist by training, suggested growing more potatoes, carrots, onions, garlic, lettuce, tomatoes, cucumbers, bell peppers, legumes and melons in between the rows of plants in vineyards and orchards. There have been isolated anecdotal reports of farmers being forced by local officials in the provinces to fall in line with what is, thus far, being cast as guidance rather than a diktat.

The sense of urgency is fed by the fall in volumes of imports of staple goods. Flour imports have decreased by 50 percent and grain by 31 percent in the past three months, as compared to the same period the year before, Mirziyoyev said. Much of those commodities came from Kazakhstan, which has placed caps on its exports to avoid its own shortages.

The International Grains Council has estimated Uzbekistan’s grain production in 2019-20 at 7.6 million tons, which is up by 6.6 million tons the year before, but still nowhere near enough to meet demand. According to that same source, imports came in at 2.9 million tons last year.

To compound the situation with Kazakhstan’s export caps, the Moscow-led Eurasian Economic Union, or EAEU, has banned the export of a number of foodstuffs until June 30. According to Ruslan Abaturov, a researcher at Tashkent’s Center for Economic Research and Reforms, Uzbekistan is especially reliant on imports of rice, soybeans and sunflower seed imports from the EAEU.

“Since soybeans are used for the production of vegetable oil in our country, in the event of there being no reserves of raw soybeans, we can forecast that the ban introduced by the EAEU will have a negative effect on the domestic production of oil and lead to a surge in the import of that product in its finished form,” Abaturov wrote on April 11.

Some shorter-term turbulence in the supply of goods has been caused by the lockdown regimes imposed as a defensive measure against the spread of coronavirus, which began coming into effect in mid-March. Potatoes were a particularly popular item, which led to a shortage and necessitated increased imports. There has been a sudden spike in demand for garlic too, based on the widespread belief that its consumption grants people protective properties against the coronavirus.

As the World Bank has pointed out, the coronavirus pandemic is also disrupting Uzbekistan’s ambitions plans for horticultural export, in addition to ravaging tourism and services.

“These sectors are among the worst affected as the crisis has wiped out the tourist and high-value horticulture export seasons,” the bank said in a report last week.