Kalonov was placed in a psychiatric facility in 2013 for calling the late president a thief. 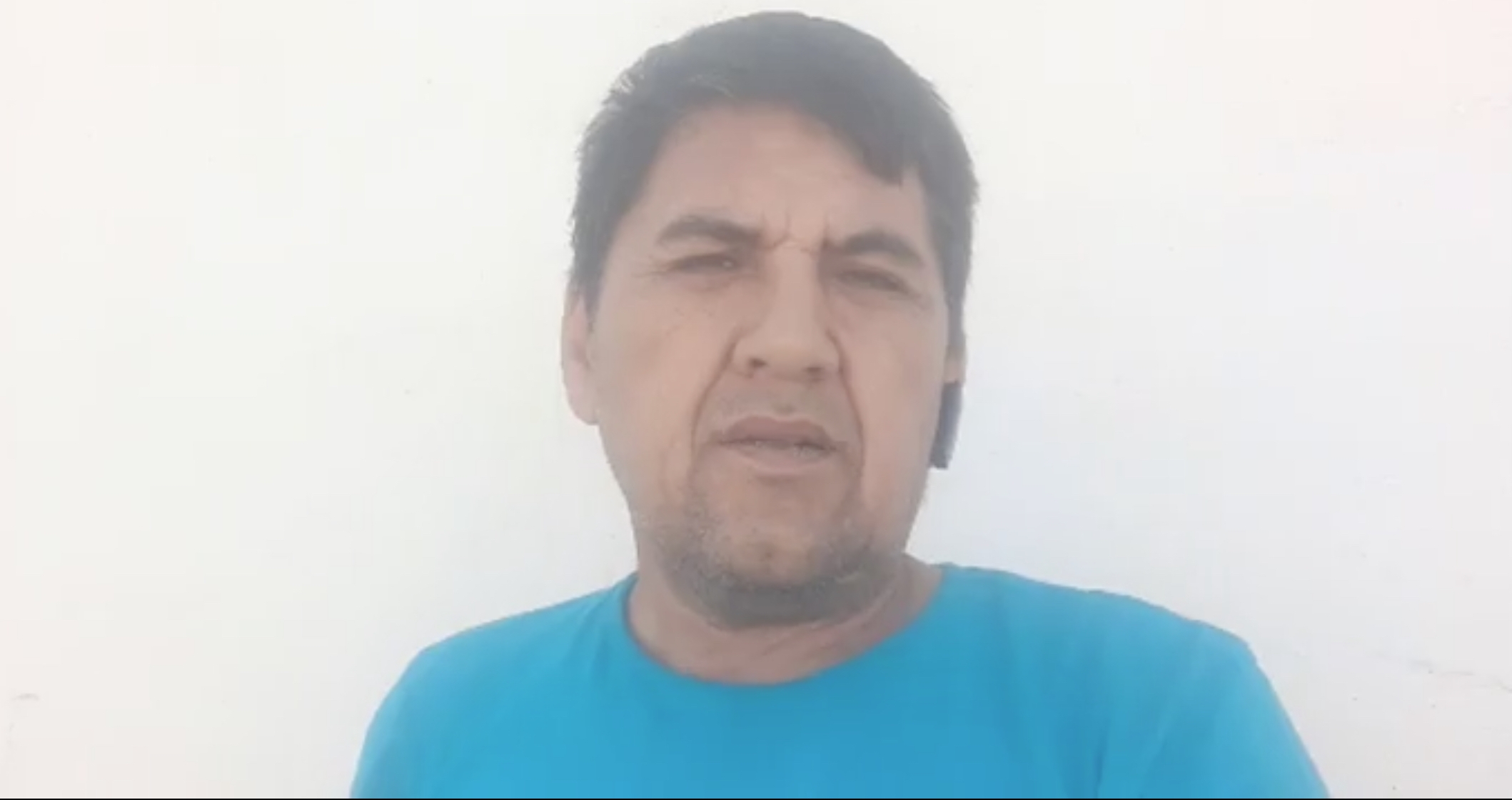 A fiery social media personality in Uzbekistan known for his sustained criticism of the government has reportedly been arrested for insulting President Shavkat Mirziyoyev.

News website Eltuz.com reported that Valijon Kalonov, 52, was detained at his home on the morning of August 15 by anti-terrorism police in the Jizzakh region.

In one recent post on Facebook, Kalonov, who lives in the Zarbdar district of the Jizzakh region, urged Mirziyoyev to refrain from running in elections scheduled for this year and suggested instead that he leave the country. One post carried an image pasted with numerous anti-government slogans, including “We are against fake and fraudulent elections!” “Boycott the election!” and “We will stay at home!”

Kalonov’s brother, Alijon, claimed to Eltuz that police confiscated cash, a Visa card and two tablets owned by the activist.

Alijon Kalonov said in a video filmed after the arrest that his brother is facing charges of mounting verbal attacks on the president and possession of material deemed to pose a danger to public order.

The change to the law making insulting the head of state a criminal offense was approved by Mirziyoyev in March. Under that change to the legislation, the crime is punishable by up to five years in prison and prosecution is envisioned for people committing the offense through the internet or other forms of telecommunication.

The legislation was adopted two weeks after RFE/RL’s Uzbek service published a detailed report alleging that state-owned companies had built, at the taxpayers’ expense, a vast luxury resort for Mirziyoyev’s own use along the Shovvozsoy river in the mountains south of the capital, Tashkent. The broadcaster’s sources estimated that constructing the whole complex might have cost anywhere up to several hundred million dollars.

Kalonov, whose trademark style is to engage in excitable and sometimes teary rants to camera, is no stranger to harsh reactions to his criticism, even though his influence is likely all but negligible. Eltuz reported that he was confined to a psychiatric hospital in 2013 after calling the late President Islam Karimov a thief and a liar. He was released from the facility after 15 days. Last November, he was made to hand over his passport to the authorities, in effect depriving him of the ability to move freely about the country. The documents have as yet not been returned to him, according to his brother.

The activist’s commentary is not limited to local politics. He has mainly used his Facebook page to lambast the Chinese Communist Party for its repression of the Uighur minority in Xinjiang. His criticism of Mirziyoyev has often been framed in this context, inasmuch as Kalonov professes to be disgusted by the Uzbek leader’s willingness to pursue cooperation with Beijing.

Alijon Kalonov says that he believes the pressure on his brother is only likely to relent once the presidential election, which is scheduled for October 24, is over. Campaigning began late last month.

Repression appears to have intensified as the date of the vote has loomed into view.

In February, opposition politician Khidirnazar Allakulov, who had expressed some interest in running for president, was detained by law enforcement authorities just as he was readying to preside over a congress for his unregistered party.

In January, well-known singer Jahongir Otajonov announced on Instagram that he aspired to one day lead the country, sparking speculation that he might stand for office this year. Some months later, in May, the unregistered opposition party Erk announced it was backing Otajonov as its candidate. But on the day that Otajonov met at his home with Erk representatives to approve his candidacy, the premises were mobbed by an aggressive group of around 20 screaming men and women. Otajonov and his supporters have said they believe the assault was organized by figures close to the authorities.

Last month, Otajonov announced that he was ceasing his involvement with political activity because of disapproval from his mother.

Although Mirziyoyev is utterly guaranteed to romp to a landslide in October’s election, reliance on both formal and informal methods to cow his critics are indicative of the ruling elite’s anxieties over the public discontent fueled by the hardships caused in large part by the COVID-19 pandemic.

The World Bank has estimated that Uzbekistan’s economy grew by a comparatively modest 1.6 percent in 2020 – a considerable decrease on the 5.8 percent growth seen in 2019 – because of COVID-19-induced lockdowns and disruptions to trade.