The incumbent dominates TV screens and frontpages, while his ostensible challengers are barely visible. 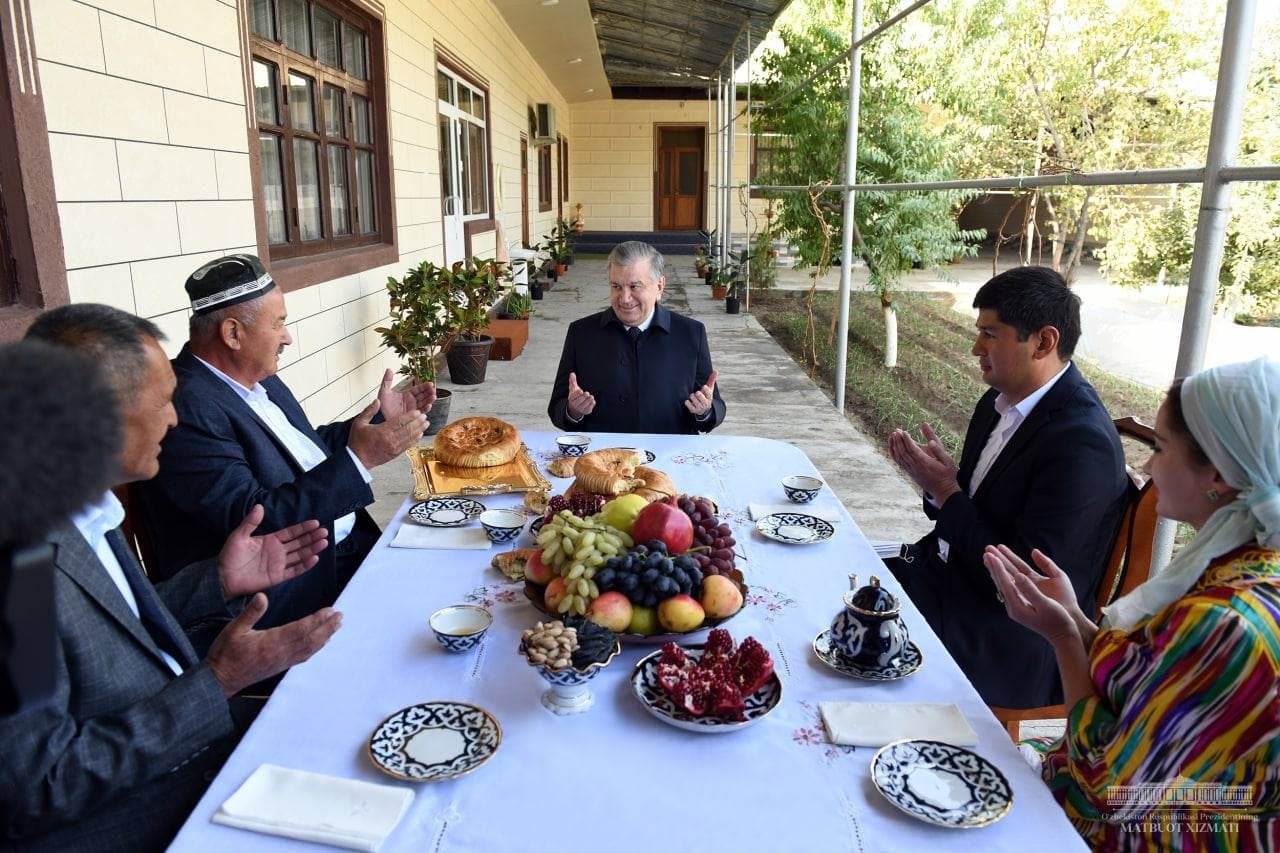 Mirziyoyev on the campaign trail (president.uz)

With two weeks left in Uzbekistan’s presidential election campaign, the candidates have not yet got around to engaging with each other in any meaningful manner.

That was one of the findings published in an interim report by the most credible international monitoring mission observing the vote.

“So far, there has been no direct or meaningful engagement between contestants,” the OSCE Office for Democratic Institutions and Human Rights (ODIHR) said on October 8.

Campaigning for the October 24 vote has been in full swing for over three weeks.

But with incumbent Shavkat Mirziyoyev dead certain to win a crushing landslide against four stalking horses who shy away from challenging him, let alone criticizing him, campaigning is lackluster in the extreme.

It is confined to candidate billboards on the streets and campaign material in the media, paid for from state election funding. Private campaign financing is banned.

State-owned print and broadcast media must provide free space equally to all candidates, who can also use campaign funds to purchase space in private outlets.

“While the legal framework guarantees all candidates equal coverage, it does not treat coverage of official activities of contestants in their current position as campaigning,” the ODIHR noted.

That clearly benefits only one candidate: Mirziyoyev, who dominates TV screens and newspaper frontpages in his role as president, while his ostensible challengers are barely visible.

These five represent the five legally registered political parties, which sit in the rubberstamp parliament and are loyal to Mirziyoyev.

Attempts by opposition candidates to run have been abortive.

A bid by the unregistered Erk (Freedom) party to field popular singer Jahongir Otajonov floundered after a mob attacked his political meeting and he subsequently quit politics.

The Justice Ministry in June denied an application by Khidirnazar Allakulov, a corruption-busting former university rector and government gadfly, to register the Hakikat va Tarakkiyot (Truth and Progress) party.

“The legislation on registration of political parties, previously assessed by ODIHR as burdensome and open to arbitrary application, remains unchanged,” the election monitors noted.

Political rallies and TV debates have been conspicuous by their absence during the campaign.

TV debates are allowed, but the candidates have yet to take up the airtime reserved for them, ODIHR reported.

Uzbekistan’s scorecard for the media environment was mixed.

“Many ODIHR interlocutors highlighted recent improvements in the media climate; they also shared their concerns regarding longstanding issues, such as intimidation and harassment of journalists and bloggers, a restrictive legal framework for the media and blocking of some websites of international media outlets and human rights organizations,” the report said.

Social networks Twitter, TikTok and VKontakte and instant messengers Skype and WeChat have been blocked since July.

The government has taken on board some previous recommendations on holding elections, the monitors said, while ignoring others.

“Amendments adopted so far address a number of previous ODIHR recommendations including a simplified notification procedure for campaign events, some safeguards against the misuse of office during campaigning, elimination of parallel dispute resolution avenues and a new interim campaign finance report requirement. Other long-standing recommendations on shortcomings in the protection of fundamental rights and freedoms remain unaddressed.”