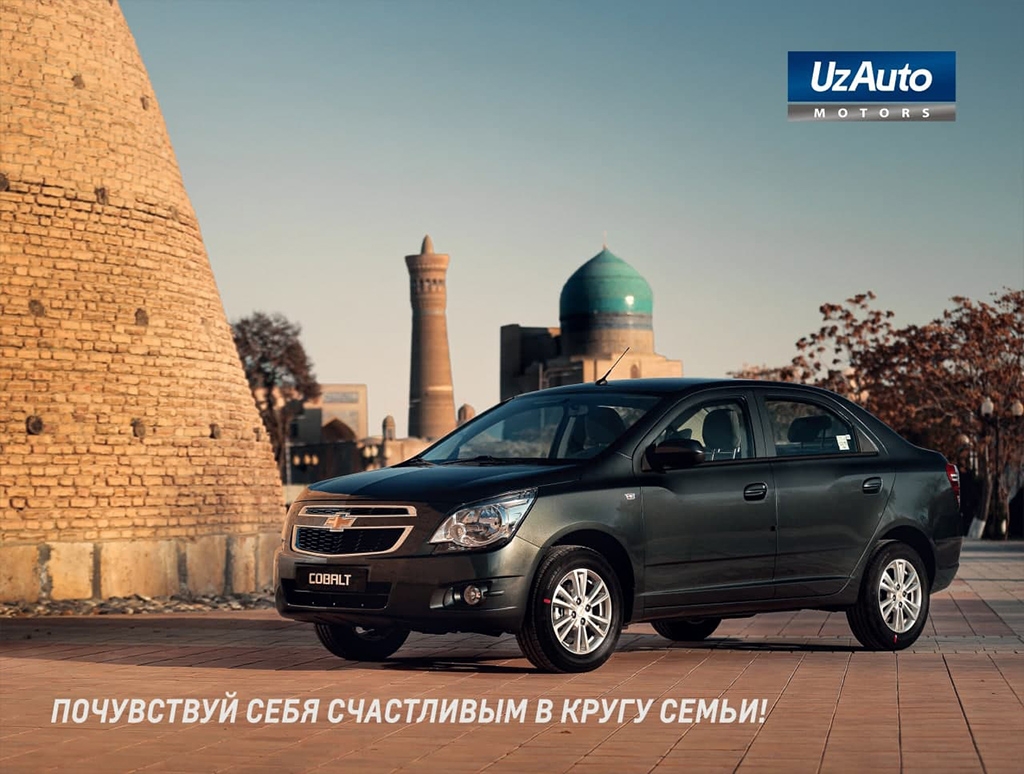 You’d feel even happier if you could get hold of one. (UzAuto Facebook)

A state-owned car manufacturer in Uzbekistan has reportedly stopped exports to Russia, the country’s biggest trading partner, to comply with sanctions.

The company, UzAuto Motors, makes vehicles under GM’s Chevrolet brand. Those cars contain semiconductors and microchips manufactured in South Korea, which has joined Western sanctions to punish Russia for Vladimir Putin’s invasion of Ukraine. So if UzAuto had continued to ship the cars to Russia, the plant near Andijan could have had its supply of components frozen. It has already struggled to source parts in recent years.

It is an uncomfortable fact that the Central Asian economies are still closely linked to former colonial master Russia. An UzAuto spokesman would neither confirm nor deny that shipments had ceased, possibly fearing government censors.

On March 30, GM in Detroit stepped in to offer some clarity: “GM understands that UzAuto has ceased export of Chevrolet vehicles to Russia since 9 March 2022,” a spokesman told Eurasianet in an email.

After that, UzAuto confirmed to Eurasianet that it had stopped using Russian ports to ship vehicles or parts, but it still refused to discuss sales of cars to Russia.

UzAuto has seen multiple ownership changes over the years. The plant was opened in 1992 as a joint venture with South Korea’s Daewoo Motors. After General Motors acquired Daewoo, the plant became known as GM Uzbekistan, with Tashkent holding a 75-percent stake. In 2018, the state bought the remaining shares and named the company UzAuto Motors. More recently, the government has indicated it may privatize up to 30 percent of the firm.

Production shortfalls dog the plant. Since the advent of COVID-related global trade disruptions, UzAuto has blamed supply chains and been forced to cut exports, spoiling hopes to ramp up sales in Russia. Uzbek President Shavkat Mirziyoyev in February gave the factory until May 1 to deliver cars pre-purchased by Uzbek motorists. Many of those are now arriving without stereos because a South Korean semiconductor supplier is facing its own sourcing disruptions.

Output at UzAuto, Central Asia’s largest car factory and the only one in Uzbekistan, fell 15.5 percent last year, to 236,667 vehicles – mostly economy models like the Chevrolet Cobalt, Damas, Lacetti-Gentra, and Nexia.

Of those, the firm exported 28,952 cars worth $281.8 million to 10 countries, according to government data. Only a small fraction was shipped directly to Russia in 2021.

The latest disaggregated data show that of 25,171 cars exported between January-September 2021, about 96 percent were initially destined for neighboring Kazakhstan. Ukraine was next, with just 448 vehicles; Russia took third place, receiving 320 vehicles. In 2019, about 12 percent of vehicle exports went to Russia. Reexports from Kazakhstan to Russia are also possible, as the two are members of a free-trade bloc, the Eurasian Economic Union.