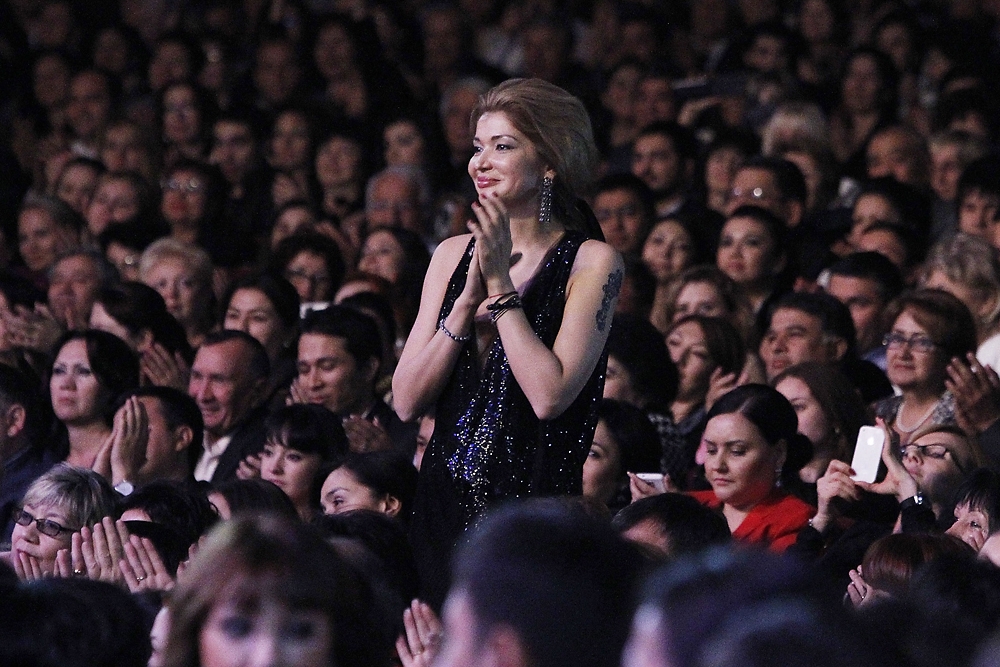 Newly released documents appear to make a connection between executives from a Swedish company accused of bribing its way into Uzbekistan’s telecoms market and Gulnara Karimova, the daughter of the country’s strongman, Islam Karimov.

Two separate bribery and money-laundering probes have been ongoing in Sweden and Switzerland since last fall. Executives at the company under investigation, TeliaSonera, a Swedish-Finnish venture, insist they have “zero tolerance against corruption” and have repeatedly denied making bribes, as well as having any knowledge of dealings with Karimov or his family members. But evidence recently submitted to a Swedish court by prosecutors appears to undermine these claims.

The Swedish graft probe was sparked by an investigative report aired last fall by broadcaster SVT. The documentation includes e-mails from company executives stating that they believed their negotiating partner to be an intermediary of Gulnara Karimova, a flamboyant and controversial figure once described in a Wikileaked US diplomatic cable as the “single most hated person” in Uzbekistan.

TeliaSonera is standing its ground. In a January 8 statement, it reiterated that its innocence will be proven and “the ongoing investigations will clarify that we have not bribed anyone, or participated in money laundering.”

The TeliaSonera probe is focusing on events in 2007, the year when the company is suspected of making improper payments in order to gain access to Uzbekistan’s cell phone market via the acquisition of a stake in the company that became Ucell. Specifically, TeliaSonera is alleged to have made shady payments of around $333 million to what the broadcaster SVT described as “a small, one-woman company in a tax haven” -- Takilant Limited, run out of Gibraltar by an Uzbek national -- Gayane Avakyan, a woman who has been photographed in public in Karimova’s company and who is believed to be an associate of the president’s daughter.

Among the emails that are drawing scrutiny are exchanges between company representatives and Bekhzod Akhmedov, described by a TeliaSonera executive at the time as Karimova’s intermediary. In them, Akhmedov talks TeliaSonera representatives through the details of the agreement that would shortly secure its entry into Uzbekistan’s mobile phone market.

In another e-mail, dated March 2007, Serkan Elden, then CEO of TeliaSonera subsidiary Fintur Holdings (he was later dismissed) believed he was dealing with the president’s daughter’s intermediary, referring to Akhmedov as “the telecom representative of Gulnara Karimova.” Keen to forge links with the ruling family, Elden added that “Lola Karimova, the No. 2 daughter, [i.e. President Karimov’s younger daughter], is willing to meet with us.”

That e-mail was sent to an “S Escudero” (addressed by Elden as “Stan”), who responded that he had sounded out Uzbek diplomats in Washington about TeliaSonera’s ambitions, and Tashkent “views our application favorably.” The addressee’s identity has yet to be confirmed, but the recipient appears to have the same or strikingly similar name as Stanley Escudero, a retired American diplomat who served as US ambassador to Uzbekistan in the 1990s, and later became a consultant in the Central Asian and Caucasus regions.

Karimova is known for her extensive financial interests, prompting a description of her as a “robber baron” in another Wikileaked cable. In addition to reported involvement in business ventures, she pursues multiple other professional activities, from fashion designer and pop diva to diplomat, serving as Uzbekistan’s ambassador to the United Nations in Geneva.

Karimova has not publicly commented on the corruption investigation, nor responded to numerous requests for comment submitted by EurasiaNet.org. Requests for comment sent to the e-mail addresses indicated in the documents for Escudero, Elden and Akhmedov received no response. Avakyan could not be reached for comment.

The documents submitted to the Swedish court also show that the Uzbek government agency that issued licenses and phone numbers to TeliaSonera has denied any wrongdoing, and Tashkent has protested to the Swedish government over the conduct of the investigation and media coverage.

TeliaSonera has acknowledged knowing that Akhmedov, the middleman, was head of a rival telecoms firm that was once owned by Gulnara Karimova, O’zdunrobita. She sold it to Russian telecoms giant MTS, which last year became embroiled in a major dispute with Tashkent in another scandal on Uzbekistan’s telecoms market also featuring Akhmedov, whom Tashkent accused of corruption before seizing MTS’s assets in Uzbekistan (a decision since overturned).

That case -- which remains unresolved -- sparked separate and still ongoing money laundering investigation in Switzerland against four Uzbek nationals including Akhmedov, Avakyan and two other associates of Gulnara Karimova.

TeliaSonera is also acknowledging “much speculation and rumors” over whether Avakyan and Takilant were serving as fronts for other interests. “Various rumors around who could be part of this group circulated, including Gulnara Karimova,” TeliaSonera’s January 8 statement said, but in the due diligence process “we could not identify any other beneficiaries than Gayane Avakyan.”