The growing number of cars in the city is the main culprit. 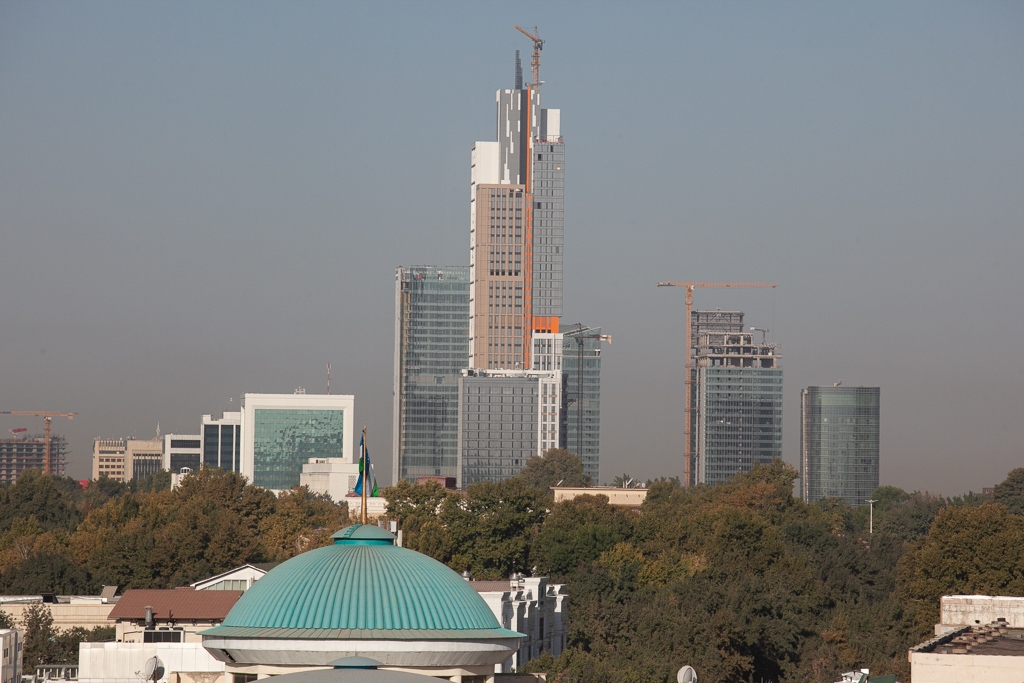 Traffic jams, a growing number of tall buildings and the dwindling number of trees in Uzbekistan’s capital are contributing to turning what was once a leafy city into a pit of pollution.

October 17 marked a particular nadir, according to figures produced by Swiss company IQAir, which runs a service monitoring air quality around the world.

On that day, Tashkent scored 164 on the Air Quality Index, a level that IQAir describes as “unhealthy.” Toward the evening, around the peak of the rush hour, the score rose to 262.

The city has rarely seen such depths. Other cities in Central Asia better known for their bad air – Almaty in Kazakhstan and Bishkek in Kyrgyzstan – recorded less troubling numbers on that day.

Vehicles are said to be the leading culprit.

The State Ecology Committee has said that of the 1.3 million tons of polluting emissions belched into the atmosphere nationwide in Uzbekistan in the first nine months of 2022, almost 60 percent came from automobiles. The rest came from industrial and manufacturing enterprises.

Climatologist Erkin Abdulakhatov has said, however, that there are numerous factors contributing to the polluted air. One he pointed to was the heavy traffic on Tashkent’s streets, which he said intensified the dissemination of dust particles. The situation has been exacerbated this year by an extended period of dry weather.

Not that the problem is new.

In its 2021 World Air Quality Report, IQAir ranked Tashkent in 10th place among world capital cities for average annual concentration of PM2.5, or suspended particulate matter, in the air. With its 42.8 micrograms of PM2.5 per cubic meter, Tashkent was beaten out to the ninth spot by Bishkek, which was found to have 48.3 micrograms of PM2.5 per cubic meter in its air.

Social media users have their own pet theories for what has brought Tashkent to this point. The author of a Telegram channel going by the name Mufasa suggested that the pollution had been caused by the work being done by construction companies belonging to city Mayor Jahongir Artikhodjayev, a much-favored punching bag for political commentators in Uzbekistan. Intense periods of air pollution should in future be known as “Artikhodjayev Storms,” Musafa quipped.

Ibrat Safo, a journalist for the BBC’s Uzbek service, meanwhile, has expressed concern that Tashkent could become unlivable in a matter of a few years.

“The change is more noticeable for someone like me because I only come twice a year,” he wrote on his Facebook page. “The air is so dirty that you can see the brown poison with your own eyes. You feel it in your lungs and tastebuds. […] I experienced the same air when I was in Delhi.”