Artikhodjayev has never got on well with the increasingly emboldened media. 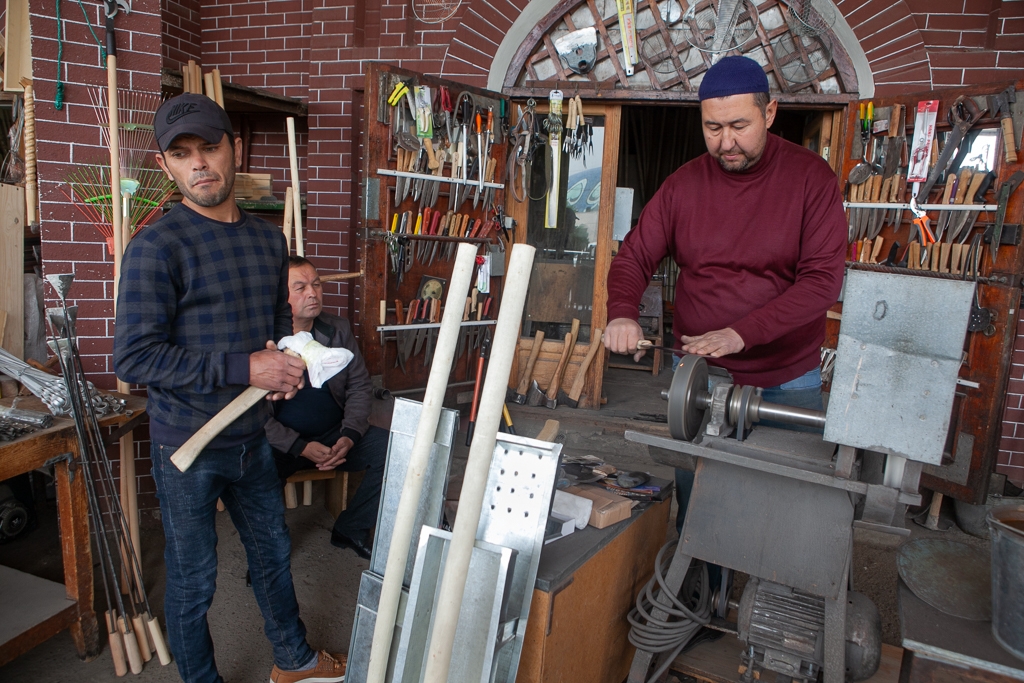 It sounds like Tashkent's mayor has the knives out for journalists. (photo: David Trilling)

The mayor of Uzbekistan’s capital can be an abrasive character even at the best of times, but a recent outburst directed at journalists has shocked even his most hardened critics.

On November 16, a recording surfaced on the internet in which somebody sounding like Jahongir Artikhodjayev is heard ranting and threatening journalists with physical assault and blackmail.

“You could disappear from your home without trace, and nobody will look for you,” the speaker is hearing saying to an interlocutor. “Maybe they will say you drowned somewhere. That’s what it is like now. You would be better off working with us and helping.”

Artikhodjayev is also heard to make a number of remarks of a homophobic nature, suggesting that he could ruin the reputation of journalists by disseminating information to imply that they were gay.

Artikhodjayev, a multimillionaire businessman, has proven a highly divisive figure ever since he was picked to run Tashkent in April 2018. The appointment happened at the instigation of President Shavkat Mirziyoyev, who has argued that the city needed an entrepreneurial mayor to help generate much-needed investment.

Relations between the mayor and the increasingly emboldened independent press have been generally poor. The haste with which the city government has pushed through the demolition of old homes to make way for new developments has constituted the most recurring area of criticism for the Artikhodjayev administration.

State prosecutors said in a statement on November 17 that they would investigate the recording, although it was not clear whether the content or its existence are likely to constitute the focus of the probe.

The Prosecutor General’s Office said it was studying the circumstances under which the recording was produced and how it came to be posted online.

“The results of the investigation will be made public,” the statement said.

The mayor’s office also issued a statement to note that a working group was being formed to “bring clarity to and comprehensively understand the matter.”

The state media agency, which casts itself as an advocate for the press, has also intervened, but mainly to plead with bloggers and reporters not to dwell excessively on the incident.

“We appeal to our journalists and bloggers that they do not rely too much on their emotions when making a legal assessment of the situation,” the agency said in a statement.

In an attempt to clear the air, Artikhodjayev met on November 17 with reporters from news website Kun.uz, whose employee was ostensibly the object of the mayor’s rant.

In a piece written after that encounter, Kun.uz urged other outlets to refrain from discussing the recording, apparently produced by one of its own reporters, to avoid the subject being exploited by “political forces and certain parties working in their narrow and selfish interests.”