Uzbekistan: Tashkent Wants to Stifle Children to Protect Them 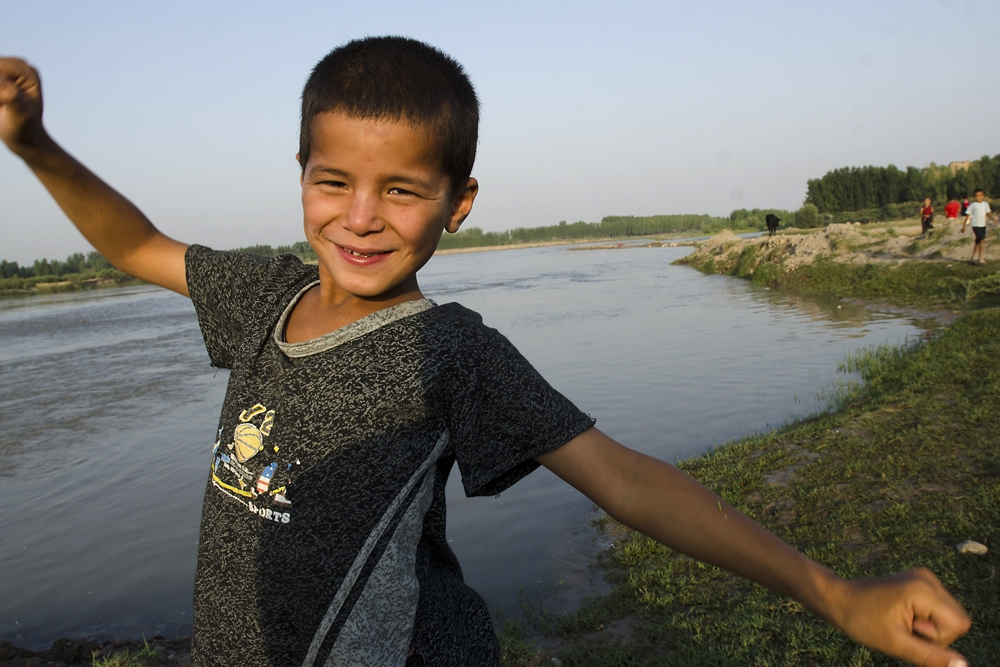 Uzbekistan aims to protect its children from the influences of the outside world. (Photo: EurasiaNet)

On July 9, the Uzbek Agency for the Press and Information, the government body responsible for regulating media outlets, announced that "in cooperation with interested state and non-state organizations" it had drafted a bill that would protect minors from information deemed harmful to their "physical and spiritual development."

Citing vaguely similar legislation adopted in the United States and in EU countries (mostly relating to pornography), the Uzbek agency's chairman, Amanulla Yunusov, claimed that adopting laws against the distribution of print, audio and video material, as well as computer games, "promoting violence, cruelty, drugs, pornography and other harmful information" would enable Uzbekistan to comply with the UN Convention on the Rights of the Child.

Such a claim raised the hackles of international human rights activists, who quickly pointed out a stark dichotomy in the Uzbek government’s attitude toward the welfare of its youngest citizens. When it comes to keeping foreign influences out, the Uzbek government seems ready to take a tough, proactive stance. But when it comes to the domestic economy, specifically the use of forced child labor in the country’s cotton fields, the government is far less interested in the best interests of children.

Observers point out Tashkent has been reluctant to allow an International Labour Organization mission to inspect whether forced child labor is used during cotton harvesting, despite ratifying the ILO Worst Forms of Child Labour Convention in 2008. School children were not seen in cotton fields during last year’s harvesting, but human rights activists said that teenagers aged 15 to 17 were forced to work in fields in the autumn instead of attending classes. Anticipating likely criticism of their practices, authorities reportedly coerced parents into signing a pledge agreeing to their children's cotton picking.

The morality bill is expected to be debated in Uzbekistan’s rubberstamp parliament – where its passage is almost certain – by the end of 2013. It builds on earlier efforts by the Uzbek government to limit public access to independent sources of information, especially on the Internet. Those efforts have been on-going since the country gained independence in 1991. They were significantly expanded following the large-scale killing of mostly peaceful protesters in the eastern city of Andijan in May 2005.

New life was breathed into the government’s desire to shape public attitudes after the beginning of the Arab Spring in December 2010. A massive campaign was launched in the Uzbek media against social-networking sites, the Internet and non-governmental organizations (NGOs), along with foreign cultural imports – elements that the government feared could be used to foment social unrest in the country. “We must pay attention to the fact that some destructive forces are seeking to control young minds and use the Internet in their own narrow goals, and this leads to negative consequences,” Karimov said in connection with a holiday celebrating media workers in June 2011.

That was two years ago, but the state propaganda barrage has continued. In July 2012 a documentary aired by the Yoshlar state-run television channel described social networking as a tool used by foreign powers to foment color-coded revolutions in Georgia and Ukraine back in 2003 and 2004 and, more recently, in some Middle Eastern states. To counter "destructive forces" on the Internet, Uzbekistan, which has been continuously ranked as an "Enemy of the Internet" by Reporters Without Borders in the past few years, has developed its own social-networking sites, including Muloqot.uz, Youface.uz (now defunct) and Sinfdosh.uz to "improve the moral and physical health of youth and form high morals."

The campaign against foreign influence hasn’t been limited to the Internet. In the recent past, authorities have declared war against toys that supposedly represent foreign values, censored rap music and banned five musical acts from singing for undermining Uzbek "moral heritage and mentality.”   In addition, authorities have discouraged the observance of Western-oriented holidays, in particular Valentine’s Day and Christmas.

Internet penetration is steadily growing in Uzbekistan: The number of Internet users increased by over 250,000 to 10.1 million during the first quarter of 2013.

Meanwhile, Karimov has acknowledged that it is impossible to completely seal Uzbekistan off from outside influences. "The Internet cannot be fenced off by an iron wall or banned - this is unthinkable," he conceded in a speech in April. Uzbek media outlets are nevertheless keeping up a steady drumbeat against Western culture. For instance, ahead of the announcement of the morality bill earlier this month, two flagship state channels - Uzbekistan and Yoshlar - carried separate shows on the harms of the Internet and Western influence on Uzbek children.

"There are many websites on the Internet that disseminate false information and we can observe websites that aim to manipulate social consciousness. We can also see websites that aim at racism, discrimination, and cyberterrorism, and aim to deprive people of their historical memory and destroy the historical memory. Of course, our young people are surfing these websites when they are using social-networking sites," MP Shuhrat Dehqonov fumed on the "Munosabat" (Attitude) program, posted on Uzbekistan TV channel's website on July 9.

Speaking on the evocatively-titled "Bogeyman on the Screen" program, posted on Yoshlar’s website also on July 9, actor Hojiakbar Komilov joined ranks with those seeking to hold back the western cultural tide: "We won't notice it [influence] right now but children are growing. What nurturing are they receiving? [...] [Foreign] films show violence, blood and murders. What kind of nurturing will children receive after seeing this?"

Armed with the new bill, the Uzbek government appears to be gearing up for a long battle for the minds of its youngest citizens.