One hundred years after the Red Army established the Bukharan People's Soviet Republic, residents are ambivalent about its meaning. 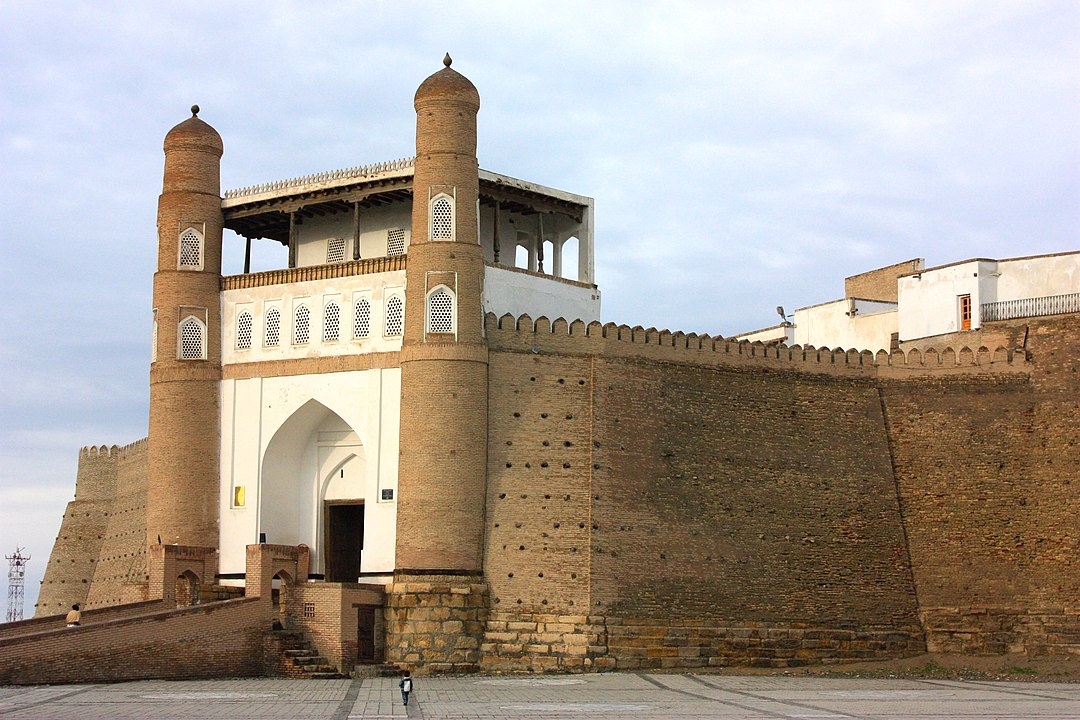 There is a 19th century, two-story house in Bukhara that Sulayman Inoyatov, 82, tries to visit at least a few times every month.

The building is now a museum and was the home of his famous relative, Fayzulla Khodzhayev – an object of mixed feelings in his native city and Uzbekistan as a whole.

Khodzhayev’s militantly reformist opposition to the Bukharan Emirate underlay his alliance with the Red Army forces that seized the city in September 1920. For a while, he headed the short-lived Bukharan People's Soviet Republic. But when the Stalinist terror of the late 1930s arrived, Khodzhayev was cut down with countless fellow champions of the Uzbek and Bukharan cause.

It has been exactly a century since the events that propelled Khodzhayev into the history books. His legacy is viewed with ambivalence, even by Inoyatov.

“When I come to this house, I have mixed feelings. On the one hand, there is pride in one’s forebears. On the other, there is despair,” Inoyatov told Eurasianet. “After all, the life of the people who lived in this house ended tragically. They wanted Bukhara to prosper, and for that they laid down their lives.”

What is now a handsomely decorated museum-home was built by Khodzhayev’s father, Ubaydullo Khodzhayev, a merchant who made his wealth exporting karakul wool.

The younger Khodzhayev, who was born in 1896, spent part of his childhood in Russia, a fact that may have contributed to him regarding his native culture and surroundings with something of an outsider’s glance. The modernizing Jadidist and Young Bukharan movements he joined on the eve of the turmoil that brought the Russian Empire tumbling were echoes of similar trends that emerged earlier within the Ottoman Empire.

Inoyatov, a historian at the local university, feels pride in telling this story to the tourists that visit the Khodzhayev museum. Not that there have been many visitors on this anniversary year on account of the coronavirus pandemic.

Khodzhayev’s intent, Inoyatov explained, was to propel Bukhara into a new era of enlightenment, in part by setting up European-style educational institutions.

“But the Emir of Bukhara did not understand him and so began to persecute him. So Khodzhayev entered into an alliance with the Bolsheviks and began to embrace the ideals of communism. This led to his destruction. That was his mistake,” Inoyatov said.

What the Bolsheviks faced in Bukhara in early 1920 was a deficit of legitimacy. For Mikhail Frunze, then a Turkestan front commander still in his early thirties, Khodzhayev and his allies presented a cover. By enlisting local revolutionaries to the cause, the removal of the emir, who was gradually rallying forces in Afghanistan, could be presented as the culmination of a largely domestic affair.

In the end, it took just days to capture Bukhara. Emir Alim Khan fled to Afghanistan at the end of August. Frunze’s troops, aided by aviation, something Bukhara’s defenders were utterly unused to, seized control of the city by September 2.

Many in the former Soviet Union are aware of these events from their viewing of “The Downfall of the Emirate,” an intensely propagandistic feature film released in 1955.

The movie, the first to be produced on color film in the Uzbek SSR, features a passage that hints at what brought about Khodzhayev’s own tragic end. One portly rabblerouser addresses a gathering of Bolsheviks, thanking them for their efforts to liberate Turkestan, only to then urge the Russians among them to return to their native land.

“In the interests of the common cause, so as to strengthen the Soviet order, go back to your own Russia,” the speaker, Khankulov, tells the crowd.

The scene is a crude depiction of the burgeoning nationalistic sentiment that the machine of Stalinist repression was purportedly designed to quash.

After tasting power in his role as chair of the Uzbek Council of People's Commissars for more than a decade, Khodzhayev was in June 1937 cast out of the Communist Party and stripped of all his official titles for alleged involvement in an “anti-party nationalist grouping.”

Khodzhayev would only resurface as a defendant at a purge trial in Moscow in 1938. In March that year, he was executed by firing squad. He would be rehabilitated in 1965-66.

Views about the military commander Frunze in Bukhara are clear-cut. He is known, particularly among younger generations, as the man whose bombing destroyed the city’s now-reconstructed Ark, the heaving fortress memorialized in countless propaganda paintings and movies.

The story with Khodzhayev is more complicated. He was, after all, a native and a patriot.

For 88-year-old Salomat Kurbonova, Khodzhayev deserves respect. In her opinion, Khodzhayev fought to close the gap between the rich and poor. She also looks positively on the Soviet hujum campaign, a violently enforced gender-leveling exercise that manifested most visibly in the proscription of the Islamic veil. Women and girls were given the opportunity to work and study, Kurbonova said. Her mother worked at a garment factory in Bukhara from 1929 to 1946. She herself worked at the same factory as a seamstress for almost 40 years.

“How could I have gone to school and worked if it were not for Fayzulla Khodzhayev? After all, with him we threw off the veil and we were able to defend ourselves against the tyranny of men,” she told Eurasianet.

But not all went smoothly for the Kurbonova family. The would-be mission of enlightenment was accompanied by intense waves of repression. In late 1936, Kurbonova’s father, Najaf Kurbonov, chairman of the Bukhara city council, was arrested. The family tried to save him, but it was for nothing. In early 1937, Najaf Kurbonov was taken to Tashkent and shot.

“We experienced both the joy of freedom and the tragedy of losing our father. Such were those contentious times. Now I am a pensioner and receive a decent pension every month. I have five sons and many grandchildren. I'm happy with my life,” Kurbonova said.

The champions of Bukhara have another bone of contention, though. The revolution turned their city into a provincial backwater.

Historian Shukhrat Mukhamedov views the events of September 1920 as a “black page” in history. Thousands were killed and wounded during the destruction of the emirate. Countless numbers of people were left homeless or forced to emigrate.

“Bukhara was considered one of the centers of the Islamic world. Muslims from other countries performed pilgrimages to our city. Valuables belonging to the emir – they belonged to the people of the Bukharan Emirate, in fact – were carted off to Moscow: gold bars, precious stones, gold coins,” the historian told Eurasianet.

Yerkin Ruziyev, 23, a former tourist guide, knows that the Bolshevik conquest of Bukhara was marked by bloodshed, but he prefers to consider the overall positive effects it had on the city. The economy of the emirate was feudal, he said. Medieval rules and customs prevailed. The land was backward and cut off from the outside world.

The reversal of all that is one side of Khodzhayev’s lasting legacy.

And Shukhrat Ganiyev, a well-known lawyer and human rights activist, takes solace in the fact that despite all the vicissitudes of history, Bukhara’s standing in the Islamic world has never entirely been lost.

“Certainly, in Soviet times it was reduced to the level of a provincial city. Bukhara was humiliated and belittled in every possible way. The real history of the city was hushed up,” Ganiyev said.

But today, Bukhara is reclaiming its heritage as a holy city, he said.

“Alas, though, the understanding of the true meaning of sacred Bukhara, both across the country and in the minds of its natives, is still very elusive.”