Uzbekistan tightens rules for media as president braces for re-election

The timing of the new legislation recalls recent reporting that cast the president in an unfavorable light. 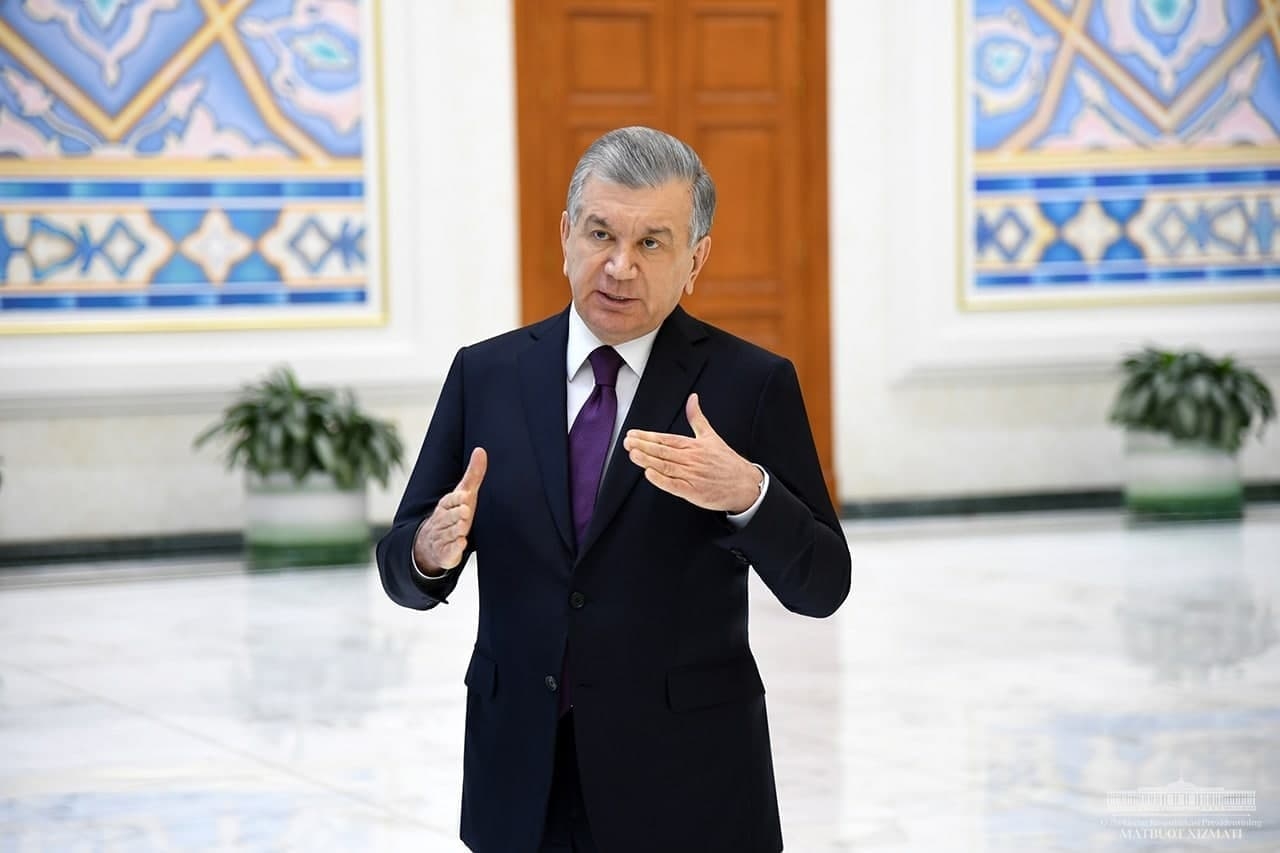 Implying that the president is telling an untruth can now land you in prison. (government handout)

The criminal code in Uzbekistan has been amended to make insulting the president an offense punishable by up to five years in prison.

Under the provision approved by President Shavkat Mirziyoyev on March 30, the sanction is envisioned for people committing the offense through the internet or other forms of telecommunication.

Although the legislation is similar to what exists in many parts in the world, including several European countries, the timing and rapidity of its adoption is striking. The change to the Criminal Code was initially approved by the lower house of parliament on March 4.

That was less than two weeks after RFE/RL’s Uzbek service published a detailed report alleging that state-owned companies had built, at the taxpayers’ expense, a vast luxury resort for Mirziyoyev’s own use along the Shovvozsoy river in the mountains south of the capital, Tashkent. The broadcaster’s sources estimated that constructing the whole complex might have cost anywhere up to several hundred million dollars.

Sensitivity about such reporting may be particularly high this year, as Uzbekistan endures the fallout of a coronavirus pandemic-induced economic crisis, struggles to cope with chronic heating crises and as Mirziyoyev braces for his re-election in October.

Constraints on the free flow of information have been tightened by a separate strand of new legislation approved by the president.

Under amendments to the law regulating the dissemination of information, operators of websites, blogs or instant messaging channels face penalties for publishing any material deemed to be calling not just for the violent overthrow of the government, but also unauthorized public demonstrations. Offending material may include anything deemed “knowingly false information containing a threat to public order.”

This too appears likely targeted at criminalizing not just the kind of reporting that RFE/RL has done, but also any outlets that dare to pick up or replicate that coverage.

Self-censorship was in any event largely observed over the Shovvozsoy complex story. No major outlets alluded to RFE/RL’s coverage to begin with, and when they later did so, it was in a largely tangential fashion.

On March 18, several weeks after the Shovvozsoy report was published, a vetted journalist was permitted to ask Mirziyoyev about the complex and was offered a pre-prepared denial. Mirziyoyev insisted that the remote and inaccessible getaway, which is covered by a no-fly zone, was in fact a holiday resort owned by the state railway company.

“This is a public place. What does the president have to do with it?" he told reporters. "If the president goes there, it might be with some high-ranking figure, whose cooperation could benefit Uzbekistan.”

That specific denial has particular salience in the context of the newly approved legislation, since implying that the president is telling an untruth is now notionally punishable by up to five years in prison. And reporting the story in question would, accordingly, be an act of spreading “knowingly false information.”