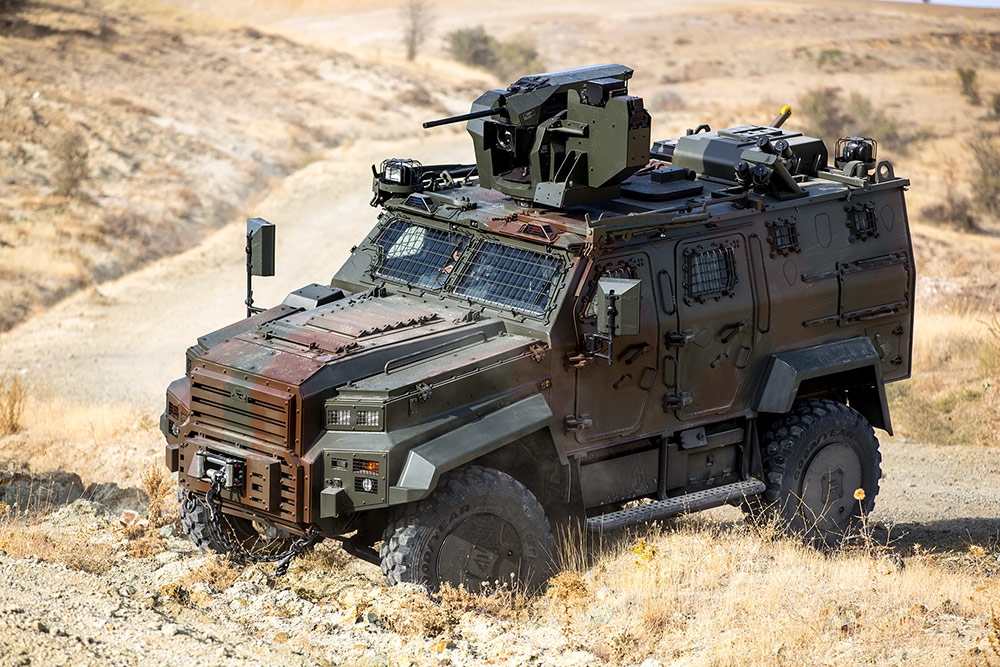 The Ejder Yalçın 4x4 armored combat vehicle, which will be Uzbekistan's first major post-Soviet arms production as part of a joint venture with the Turkish manufacturer. (photo: Nurol Makina)

Uzbekistan will produce more than 1,000 armored vehicles in a joint venture with Turkey, a deal finalized during a visit by Uzbekistan President Shavkat Mirziyoyev to Ankara.

The deal is significant in a number of ways: It is the first arms deal between Turkey and Uzbekistan, and was made during the first visit of an Uzbekistan president to Turkey since 1999. Mirziyoyev, who took power last year after the death of longtime president Islam Karimov, has been gradually opening the country up and reversing some of Karimov's isolationist tendencies.

Also significant is that Uzbekistan plans to export some of the vehicles, which would mark its first significant arms exports in the post-Soviet era. (The Chkalov Tashkent Aircraft Production Corporation was a major manufacturer of civilian and military aircraft in the Soviet Union, but fell on hard times after 1991 and produced only a handful of aircraft before stopping production.)

Uzbekistan looks to be following in the footsteps of Kazakhstan and Azerbaijan, which have both sought to create a post-Soviet arms industry using joint ventures from countries with more developed defense industries.

Under the new deal, Turkey's Nurol Makina will produce its Ejder Yalçın 4x4 armored combat vehicle jointly with Uzbekistan's UzAuto, Turkish media reported. No other details about the deal were released. In July, Uzbekistan bought ten Ejder Yalçıns after some initial testing.

It's especially intriguing to think who the export customers for the Uzbekistan vehicles might be, whether within the region or further afield. Uzbekistan has had hostile relations with most of its neighbors, but that is changing under Mirziyoyev. For example, Uzbekistan has started to build defense relations with Kazakhstan over the last year. But even Kazakhstan, with several years head start on Uzbekistan, has not yet made any substantial arms export deals.