Officials say Uzbekistan plans to produce its own vaccine when tests are done. 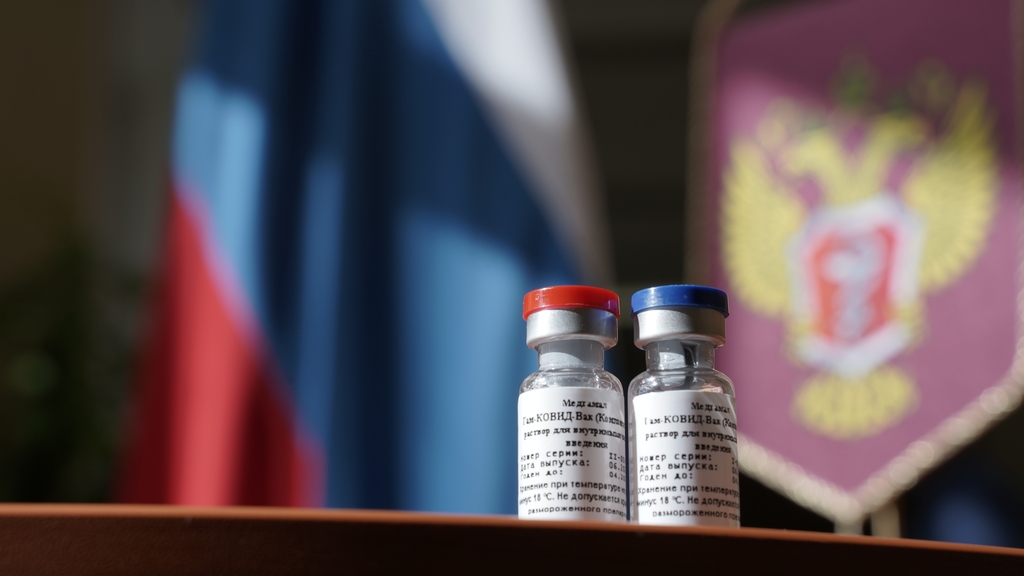 Health officials in Uzbekistan have said the country intends to take part in testing trials for COVID-19 vaccines being developed by scientists in China and Russia.

The head of the State Sanitary and Epidemiological Welfare Agency, Bahodir Yusupaliyev, said at a press briefing last week that Uzbekistan would also like to pursue its own production of any eventual vaccine devised.

“The government of Uzbekistan has signed agreements with two Chinese companies to conduct the final stage of trials of vaccines against coronavirus. We also offered Russian companies the chance to jointly test their vaccine in Uzbekistan,” he said.

Yusupaliyev said that by manufacturing its own vaccines, Uzbekistan would avoid having to import doses and that it would instead be in a position to export the vaccines to neighboring countries.

On September 25, the same day that Yusupaliyev spoke to reporters, local media reported that a privately owned Uzbek pharmaceutical company had reached an agreement with the Russian Direct Investment Fund to supply Uzbekistan with up to 35 million doses of the Russian-developed Sputnik V vaccine in 2020 and 2021.

Russia announced the launch of its Sputnik V vaccine, developed by the Moscow-based Gamaleya National Research Center for Epidemiology and Microbiology, amid much fanfare in August. Critics have registered concern, however, over the fact that the vaccine has yet to complete time-consuming phase 3 trials. Those trials have reportedly begun and will involve the participation of 40,000 people. Some, it seems, may be in Uzbekistan.

Uzbekistan has tried wherever possible to localize its technical response to the coronavirus outbreak. In the middle of June, it began to develop its own testing system. Innovation Minister Ibrokhim Abdurakhmonov said Uzbekistan could produce up to 100,000 tests monthly.

Uzbekistan started to ease its stricter quarantine regime provisions from mid-August. Public transportation began running again, and non-food markets, cafes and restaurants reopened. There is still a requirement to wear masks and observe social distancing. Mass gatherings are forbidden. A maximum of 30 people are permitted to attend weddings. Citizens over 65 are advised to maintain strict self-isolation.

The Health Ministry asserts that Uzbekistan has to date recorded around 56,000 COVID-19 cases. Of that total, 468 are said to have died.

Borders will be reopened as of October 1, although travelers will need to provide evidence that they do not have coronavirus before being permitted to enter the country.