Tashkent appears to have hardened its line on the issue. 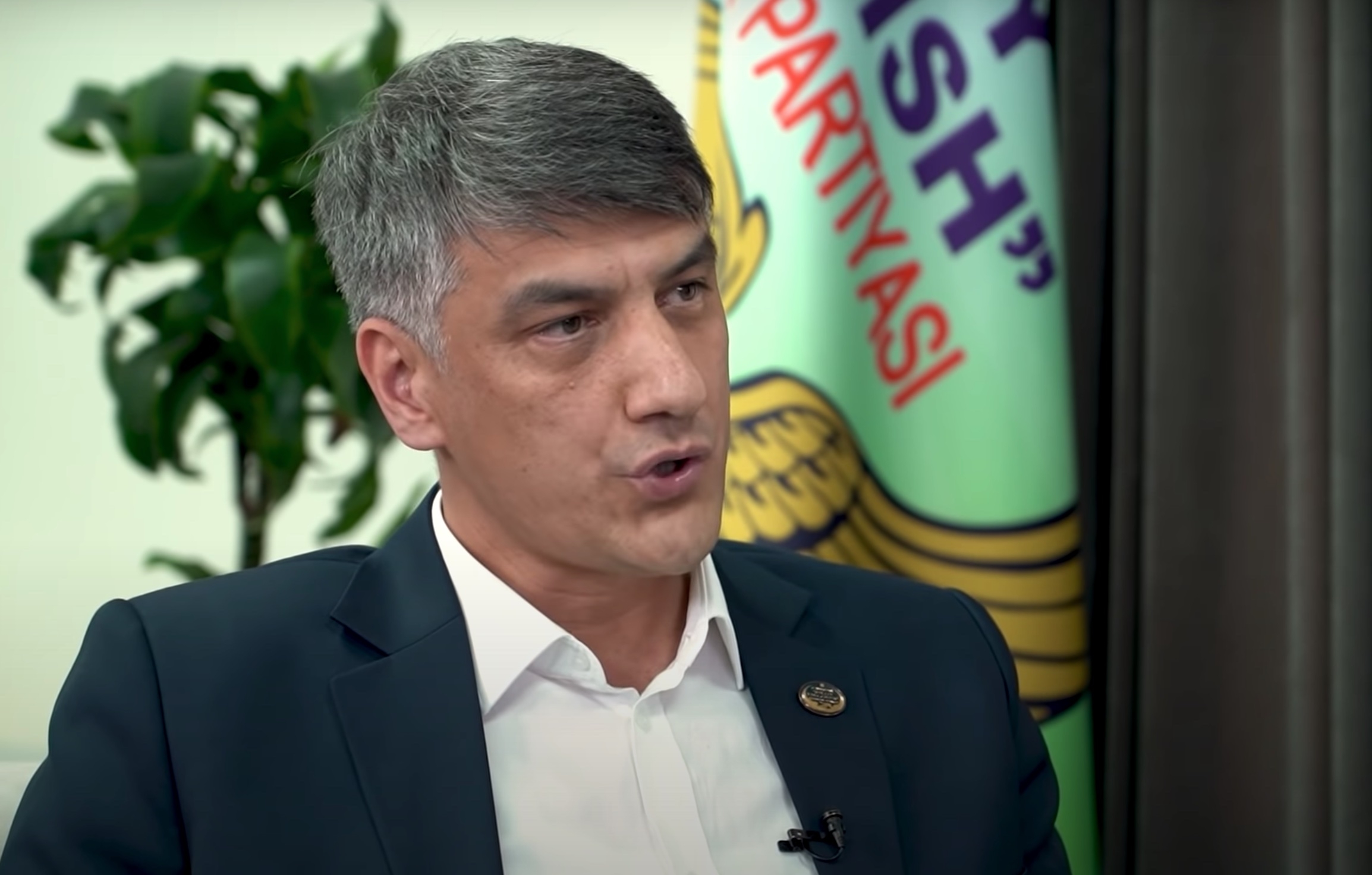 The head of one of Uzbekistan’s leading political parties has suggested depriving gays, lesbians and transgender people of citizenship and deporting them as a way of ending the national conversation on LGBT issues.

Alisher Kadyrov, who heads Milliy Tiklanish, or National Revival, which bills itself as a champion of tradition and family values, said in an interview published on June 7 on the Alter Ego YouTube channel that withdrawing citizenship from LGBT people would force other countries to provide them with refuge.

“When I put forward this proposal on social networks, up to 100 LGBT people got in touch with me and agreed with what I had said. They said that they cannot get visas from those countries that condemn Uzbekistan for its attitude towards LGBT people,” Kadyrov said.

That the issue is at the center of public discussions at all stems from the government’s refusal to heed calls from international rights groups to remove an article from the criminal code that penalizes same-sex relations between men.

When pressed on this point at a March 2020 review on Uzbekistan in the UN Human Rights Committee, Tashkent’s representative stated that any such moves would meet “strong public opposition, and not only from Muslims.” The official sought to defend Uzbekistan’s position by also stating that there were “no laws on the books restricting the employment or health care of members of the lesbian, gay, bisexual, transgender and intersex community.”

“Although that lifestyle was not approved by Islam and was not in keeping with the Uzbek mindset, no radical measures had been taken against persons belonging to that community,” he said.

Such assertions are at odds with the findings of advocacy groups, however. In a report published in March, Human Rights Watch said that interviews with directly interested stakeholders and a review of video material attested to a campaign of physical and mental intimidation leveled at gay men.

The group cited the people it interviewed for its research as saying that “they faced arbitrary arrests, threats, extortion, psychological pressure, and physical attacks by both police and non-state actors for being gay.”

The events that unfolded in March were a neat illustration of that fact.

On March 28, a mob of several dozen men chanting “Allah hu Akbar” descended onto Tashkent’s central Amir Temur square hunting for a purported LGBT gathering. The event was in fact a get-together of teen fans of K-Pop and Japanese anime comics. Some young people were nonetheless assaulted.

Later that same day, Miraziz Bazarov, an online polemicist who has drawn considerable heat by calling for the abolition on the criminal code on same-sex relations, was assaulted near his home and needed several weeks of hospitalization. While the attackers have not been identified, Bazarov is himself facing several criminal probes, including for slander.

In his interview, Kadyrov cast his own would-be solution as a compassionate gesture, since he was adamant that even though Uzbekistan might be going through a process of social modernization, the public would never – “even after 1,000 years” – change its mind on this particular area.

“LGBT people are targeted with violence, but I do not support that. I believe that this is a provocation. We have to solve this problem and my solution is international practice. There are 26 countries that practice deportation. In Iran and Saudi Arabia, they envision the death penalty,” he said.

Kadyrov did not specify which countries he believes have a formal policy of stripping gays, lesbians and transgender people of citizenship and subsequently deporting them. Neither did he explain how his proposal might work in practice.

Kadyrov, 46, has led Milliy Tiklanish since May 2019 and has, since that time, acquired a considerable public profile with his explicitly chauvinist remarks.

Milliy Tiklanish is one of the five parties allowed to exist in Uzbekistan and has the second largest bloc of seats in the lower house of parliament. This fact is of little relevance to decision-making, though. Uzbekistan’s legislature is generally regarded to be little more than a perfunctory imitation of democratic procedure and has displayed little to no initiative when it comes to designing actual policy.