Amnesty claimed recently that Rashid Kadyrov had been tortured. 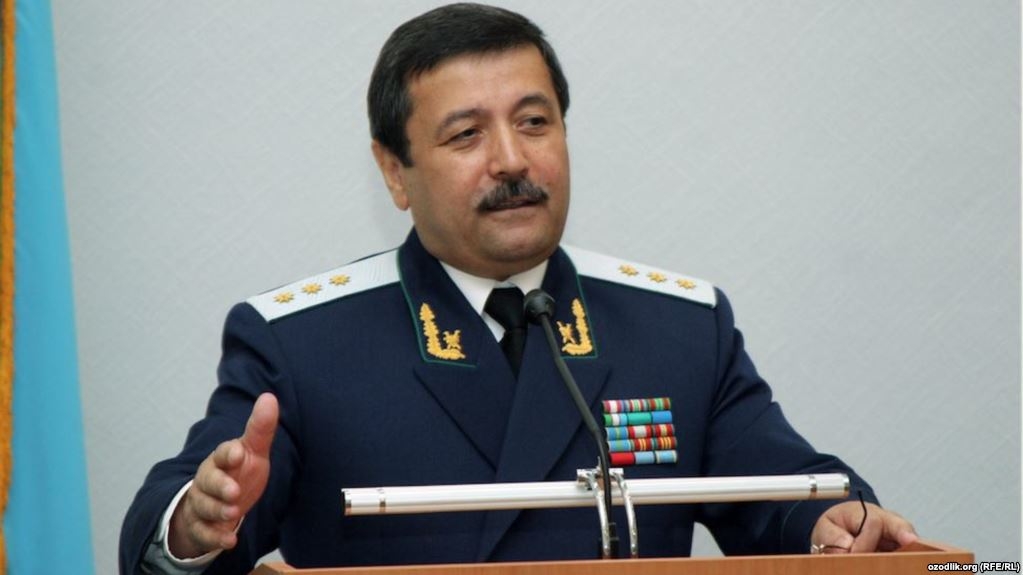 Justice officials in Uzbekistan have said they are extending the criminal trial of a former General Prosecutor accused of multiple offenses, including bribery, embezzlement and abuse of office, because of the sheer complexity of the case.

Bakhtiyor Islomov, chairman of Tashkent criminal court, was on April 18 cited by local media as saying that hearings, which began in January, will extend to a fourth month because of the large volume of people that need to be cross-examined.

The case of Rashid Kadyrov has garnered fresh attention after the alarm was raised about his current wellbeing from an unexpected direction. Amnesty International earlier this month issued an appeal for the Uzbek government to intervene following allegations that Kadyrov had been subjected to “physical abuse, death threats, sleep deprivation and threats against his relatives” since he was detained in February last year.

“A witness who requested anonymity saw [Kadyrov] in detention in August 2018 and reported that [he] had a long furrow on his neck, which he believes was a sign of strangulation,” Amnesty said in its April 8 statement.

In an unusual development, the prosector’s office in Tashkent responded to the claims detailed by Amnesty by insisting that medics who examined Kadyrov found no evidence of physical injuries.

“In light of the age of Kadyrov and his co-defendants, their state of health has been placed under constant supervision from Interior Ministry medical personnel,” the General Prosecutor’s Office said in a statement.

Kadyrov, 67, served as the country’s top prosecutor from 2000 through to 2015, during which time he is alleged by investigators to have accumulated hundreds of millions of dollars in illicit payments. As the country’s main prosecutor for so many years, Kadyrov oversaw countless prosecutions of activists and practitioners of Islam suspected of extremist sympathies.

His fall from grace appeared to be sealed in August 2017, when President Shavkat Mirziyoyev launched a ferocious attack on what he described as the rampant and persistent corruption in the prosecutor’s office.

“We have appointed a new General Prosecutor and purged the prosecutor’s office of the old trash, changing out 80 percent of the staff. But we still have 15-20 percent of staff left over from the previous thieving system,” Mirziyoyev said, without mentioning Kadyrov by name.

Mirziyoyev was even more candid last May, when he reportedly said at a public meeting that Kadyrov would eventually be forced to return untold millions of dollars to the state.

“He took $30,000-40,000 from every district prosecutor. He is now returning everything. One of his sons is a billionaire,” the president said, according to sources cited by the Kun.uz news website.

Media have previously reported that Kadyrov was taken into custody in February 2018 while attempting to fly out of Tashkent international airport. Amnesty has said another 12 people are also facing trial at closed-door proceedings that began at Tashkent’s Yunusabad district court on January 7.

Islomov said the trial is lasting as long as it has because of “many nuances and details.”

“There are still many people that have yet to be questioned. It is necessary to check many things, so the trial and the investigations are still ongoing,” Islomov said, adding that a full account of the trial would eventually be provided to the media.

Prosecutors have said that Kadyrov has admitted partial guilt — a fact that they say confirms he had not been subjected to pressure. In light of the secret nature of the trial, however, it has not been possible for journalists or activists to confirm those assertions.