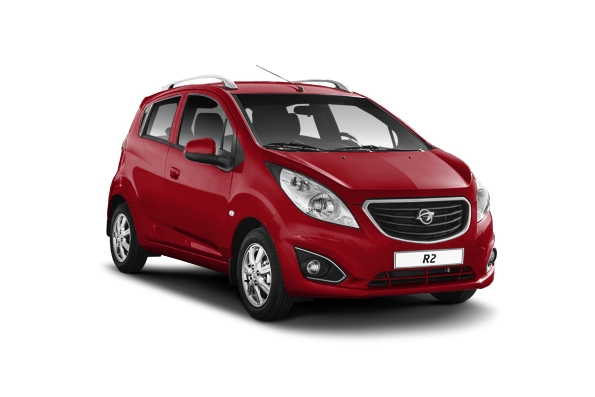 Talk is afoot in Uzbekistan about the adoption of tit-for-tat protective measures against goods imported from Ukraine — the latest salvo in a row over alleged anti-competitive practices.

Officials in Tashkent say this would be a response to Kiev’s threat to limit the number of low-cost Uzbek-made cars being brought into the country, but there is also murmuring of possible Russian involvement in fanning the trade dispute.

Lawmakers in Uzbekistan’s parliament — a largely token institution in which positions are as a rule aligned with those of the government — have suggested that a ban on Ukrainian sugar and pharmaceuticals, among other products, should be put on the table.

The row began in early October, when Ukraine’s government initiated an investigation into whether Uzbekistan was giving its carmakers an unfair advantage by providing them with subsidies and other forms of support. The investigation is being pursued at the request of Ukrainian auto manufacturers.

The last few years has seen something of a boom in the fortunes of Uzbek carmakers in Ukraine. According to Ukrainian government figures for 2015-17, the volume of imports of the vehicles has risen by 760 percent in absolute terms.

A Ukrainian government statement notes that the Uzbek vehicles were cheaper than those offered by local manufacturers. And that is despite some previous defense measures. Kiev slapped a 12.12 percent duty on Uzbek automobiles in November 2015.

Uzbekistan’s ambassador to Ukraine has complained, however, that Kiev’s protestations are ill-founded.

“The market share of Uzbek light vehicles [in Ukraine] was just 0.35 percent in 2015, 0.22 percent in 2016 and 0.87 percent in 2017. In 2017, the Ravon [brand produced by GM Uzbekistan] ranked 10th in sales. At these volumes, it is inexplicable how Ravon could be harming Ukrainian carmakers,” the ambassador, Alisher Abdualiyev, told Interfax-Ukraina news agency. “This is all premeditated discrimination, or rather an attempt to squeeze competition out of the market.”

Members of parliament in Uzbekistan are similarly indignant and point out that Ukraine enjoys a considerable trade surplus.

“The volume of imports from Ukraine into Uzbekistan is more than three times as much as our exports to that country,” Erkin Halbutayev, a deputy with the Liberal Democratic Party, or UzLiDeP, was quoted as saying by the state-run UzA news agency.

Rasul Kusherbayev, also an MP with UzLiDeP, suggested that sugar would be a possible target for retaliation.

“Among producer nations there is an active battle going on for access to foreign markets. One promising target is Uzbekistan,” Kusherbayev said. “At the same time, there are countries bringing sugar to Uzbekistan’s market — namely Ukraine — that are trying to impose restrictive measures on our exports and unfairly accusing us of subsidizing certain sectors of the economy.”

The timing of this bust-up is certainly curious.

Russian Prime Minister Dmitry Medvedev on November 1 followed through on his government’s prior threats to slap a range of financial and economic sanctions against Ukraine. The most eye-catching aspect of the sanctions involved freezing the Russia-based assets of hundreds of people in or connected to Ukraine’s elite, but they will also lead to the denial of access to the Russian market for a number of Ukrainian companies.

At least one commentator in Ukraine has linked Uzbekistan’s sudden outburst of hostility toward Kiev to its increasing closeness to Russia.

“[Some] countries that were in the Soviet Union, [that are in the Commonwealth of Independent States], are either military and political allies of Russia or economically dependent on them. They are in hock to them,” political commentator and sometime government advisor Alexander Khara told Kiev-based Obozrevatel.

Sure enough, Russian President Vladimir Putin was in Uzbekistan on October 18-19 to oversee the signing of $27 billion in commercial details between the two nations. The ultimate statement of intent, to pursue greater integration between the economies of Russia and Uzbekistan, was implicit. The incipient souring of trade relations with Ukraine indicates this process is bound to occur at the expense of third nations.