Attempts to devise an alternative to Cyrillic have been ongoing since 1993. 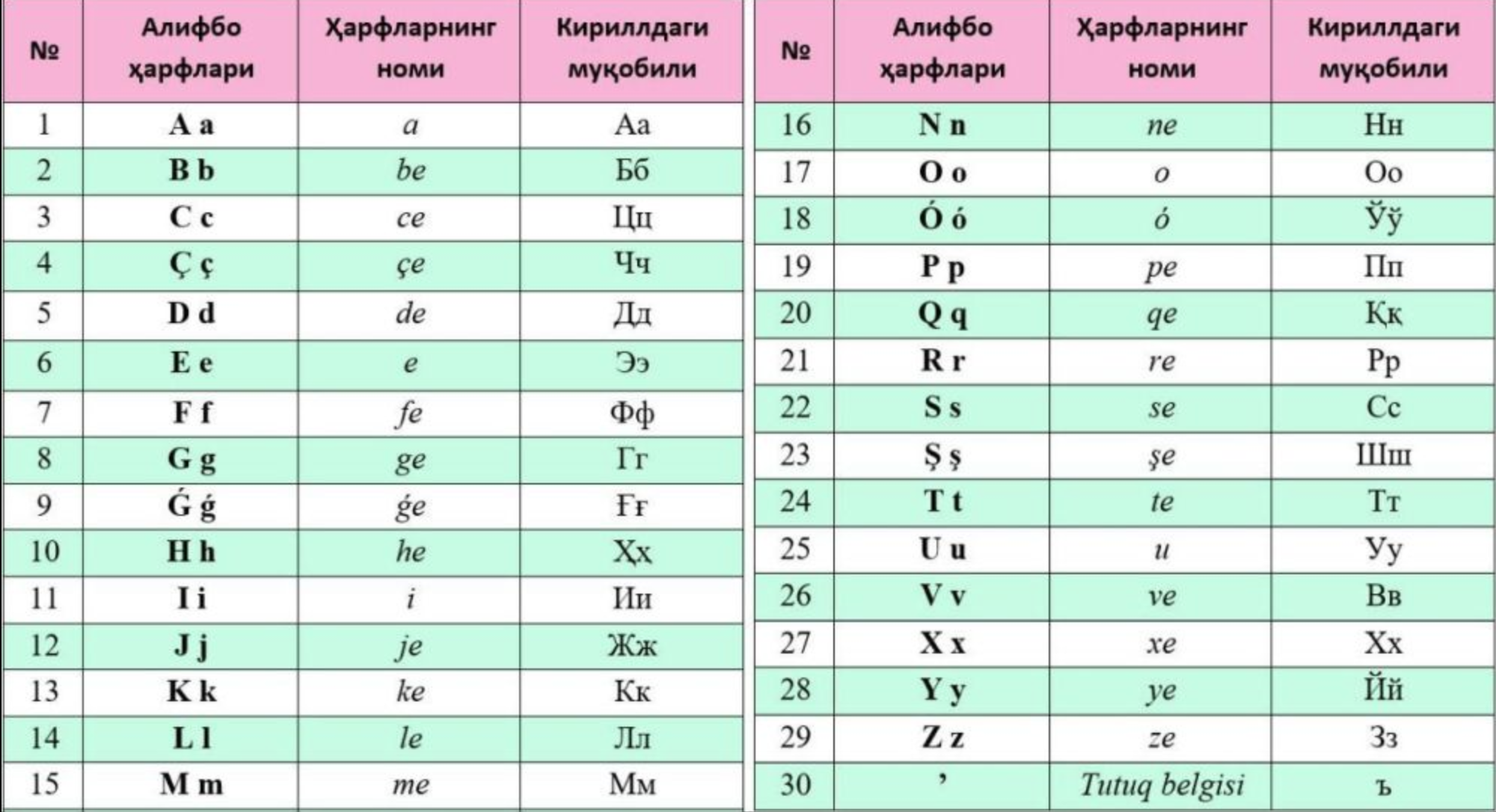 The law of the letter: The latest bash at an Uzbek alphabet.

This time it is the turn of Uzbekistan, where language officials have unveiled the latest — and what they say is the last — revision to the Latin alphabet version of the national language.

The most recent adoption of Roman script dates back to September 1993, when parliament approved legislation requiring that first-graders begin learning the new alphabet by the following school year. The initial schedule envisioned by lawmakers saw the rest of the population embracing the script by 2000.

Most notably, the alphabet itself has undergone multiple changes. The 1993 version was revised in 1995. A core area for disagreement has revolved around the purpose of the whole exercise. Is the goal simply to transliterate the Cyrillic script that has been used for Uzbek since the 1940s or to devise something that would be more faithful to the essence of the language? It is a debate that strikes at the very fundaments of national identity.

After long discussions, chopping and changing, the alphabet working group at Tashkent State University has presented its definitive version, which reverts to what was initially seen in 1993.

This latest form bears a distinctly Turkish appearance. This can seen most clearly in the letters denoting the sounds /sh/ and /ch/, which will be rendered as ş and ç.

The sounds that were under a previous proposal to be expressed as oʻ and gʻ will now be just ó and ǵ. These are renderings of what were written as ӯ and ғ in Cyrillic and represent something like the letter /o/ as in snow and the throaty French /r/ respectively. What is important about the revised version is that the sound will convert to one keystroke rather than two by ditching the stray-looking apostrophe.

The sound /ts/ will be rendered by means of the letter c.

This updated alphabet will consist of 30 characters — 29 letters and the apostrophe to denote the hard sign.

Because the alphabet reform has been so inconsistently applied, Uzbekistan has for decades now been operating in a confused dual state. The Latin and Cyrillic alphabets are visible all over the country. In some places both versions can be seen side by side — more often one or the other is used, however. The rule of thumb is that anything intended for consumption by an older audience will be in Cyrillic, but it would be a mistake to always presume such developed reasoning.

Kazakhstan’s own foray into comprehensive adoption of Latin script has been a similarly stop-and-start affair. An initial version adopted in late 2017 came in for considerable criticism and was later changed under public pressure.

Now that it has happened, however, officials there seem determined — on paper — to ensure that the alphabet is properly and universally embraced by 2025.

Although there are dates floating about in Uzbekistan, such as the early 2020s, the prohibitive costs of going through with these reforms make it unlikely that the government will be able to get the jump on Kazakhstan in its timetable. Still, if this really is the final amendment of the alphabet, it is a start.

Correction: Due to an editorial oversight, the pronunciation of ó was originally described to sound like the letter /i/ in girl. The story has been corrected.