Uzbekistan: US Senate Wants Pentagon to be More Transparent on NDN Contracts 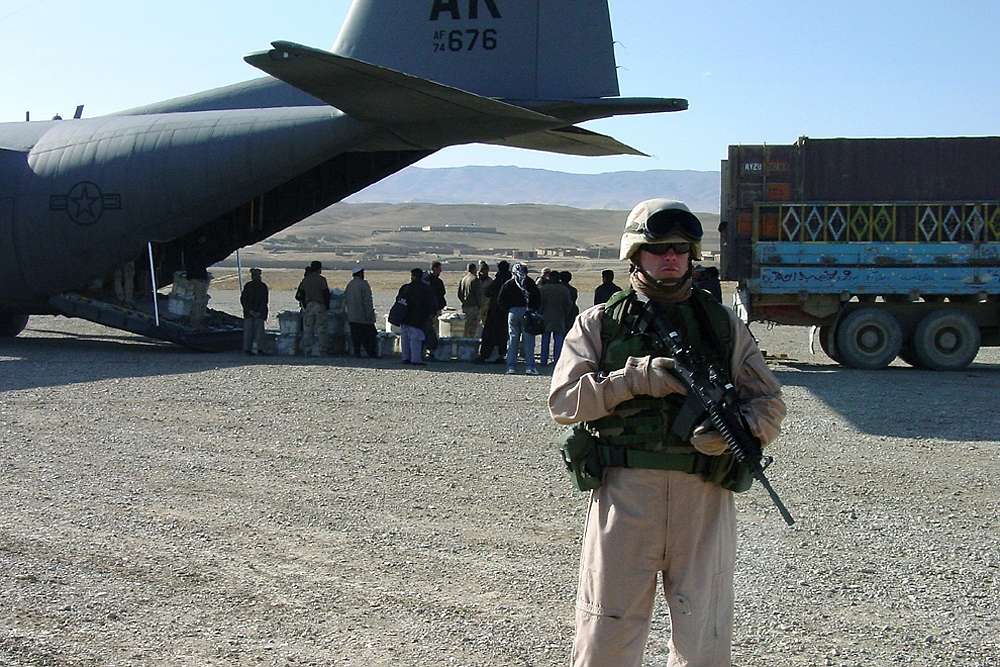 By the end of the year the Pentagon aims to ship 75 percent of all Afghan-bound non-military cargo along the NDN. (Photo: US Air Force/Capt. Jason Jensen)

US legislators are willing to lift restrictions on the Defense Department’s ability to provide military assistance to Uzbekistan, a country with one of the world’s worst human rights records. But before the floodgates of security assistance are opened for Tashkent, Capitol Hill wants the Pentagon to be more transparent in the way it manages the Northern Distribution Network.

The US Senate in particular has voiced alarm that a lack of oversight over the Northern Distribution Network (NDN) has turned it into a gravy train of graft for Uzbekistan’s ruling elite. Uzbekistan serves as a hub for the NDN, which has emerged as a key supply line for US and NATO forces fighting in Afghanistan.

The US Senate Committee on Appropriations approved a waiver September 22 that will for the first time in seven years remove restrictions prohibiting military aid to Tashkent. However, the waiver is conditioned on the Defense Department’s compliance with a requirement to provide reports on how Pentagon cash is spent on NDN contracts in Uzbekistan.

“The committee is concerned with reports of pervasive corruption in Uzbekistan and therefore expects to be informed of public and private entities that receive support, directly or indirectly, from United States Government funds used to pay the costs of Northern Distribution Network supply routes through that country,” a Senate report on foreign aid bill S. 1601 states.

“The Committee requires a report that itemizes those costs to the extent practicable to ensure that no US funds are being diverted in support of corrupt practices,” it adds. The first report will be filed six months after the bill becomes law, and annually thereafter.

The reports are expected to be classified and, therefore, unavailable for public review. The foreign aid bill for Uzbekistan is expected to come up for a vote in congress later this year.

The Pentagon is increasingly relying on the NDN to keep the Afghan war effort going. By the end of this year, US military planners aim to ship 75 percent all Afghan-bound, non-military cargo along the NDN, thus reducing US reliance on a Pakistani supply route.

With Turkmenistan refusing to get involved with any land transit aspect of NDN -- despite a concerted effort to incentivize officials in Ashgabat -- Uzbekistan stands to be able to make considerable capital from its strategic position and infrastructure.

Uzbekistan’s role in the NDN is pivotal with the majority of goods transiting into Afghanistan at the Termez-Hairaton rail node. Pentagon agencies have struck numerous deals with local trucking and storage subcontractors, as well as the state-owned Uzbekistan Railways. Uzbek authorities, while providing use the Navoi air hub to DoD contracted flights, will not allow onward flights from Navoi to Afghanistan, and insist that freight must be trucked to the border.

A well-placed source in Washington, DC, indicated to EurasiaNet.org that the use of subcontracted local firms on DoD contracts is an area of intense interest within some branches of the US government. Some officials worry that Uzbek political and security elites may be profiting from below-the-radar partnerships with international firms.

Another source familiar with Pentagon contracting practices in Central Asia alleges that Defense Department planners are aware that some US military contractors have cultivated relationships with companies that have been linked to friends and relatives of Uzbek President Islam Karimov.
“Pentagon logistics certainly knew some contractors were using companies controlled by the Karimov family to perform aspects of their contracts in Uzbekistan and Afghanistan. But it's very clear they didn't view this as a negative, just the opposite," the source said.

A previous investigation by EurasiaNet.org showed that the DoD is not unaware that doing business in Uzbekistan is fraught with complications. Potential contractors have warned the Pentagon that “informal fees,” an unambiguous euphemism for bribery, along with frequent rule changes can be managed partially by “established good relations” with Uzbek authorities.

According to the US Congressional Research Service, contracts listed in the US Federal Procurement Data System as having Uzbekistan as their place of performance rose in value from $11.7 million in 2007 to $20.2 million in 2010.

Human rights activists contend that policymakers in Washington are allowing Tashkent to dictate the terms and parameters of US-Uzbek relations. A recent Wikileaks dump of diplomatic cables suggests that US diplomats in Tashkent are unwilling to challenge the Uzbek government on egregious rights violations, including the widespread and persistent use of forced child labor in the cotton sector.

“[The Committee on Appropriations] mark-up in Senate may have so far gained little attention, but the terrible message it sends to the democracy activists and the ordinary people of Uzbekistan can hardly be overstated,” said Steve Swerdlow , Uzbekistan researcher at Human Rights Watch.

“Just days after the State Department labeled Uzbekistan a serial violator of religious freedom in its annual Religious Freedom report, and while President [Islam] Karimov continues his severe crackdown on civil society, the use of widespread torture, and forced child labor, the Congress has provided an enormous windfall to the military of one of the world's most repressive governments,” Swedlow continued. “Given that Tashkent was already heavily benefiting from the US military presence in Afghanistan, the Obama administration should have played its cards better: insist on human rights improvements first, before lifting aid restrictions, not the other way around.”