Komilov has urged the international community to show more flexibility toward the Taliban regime. 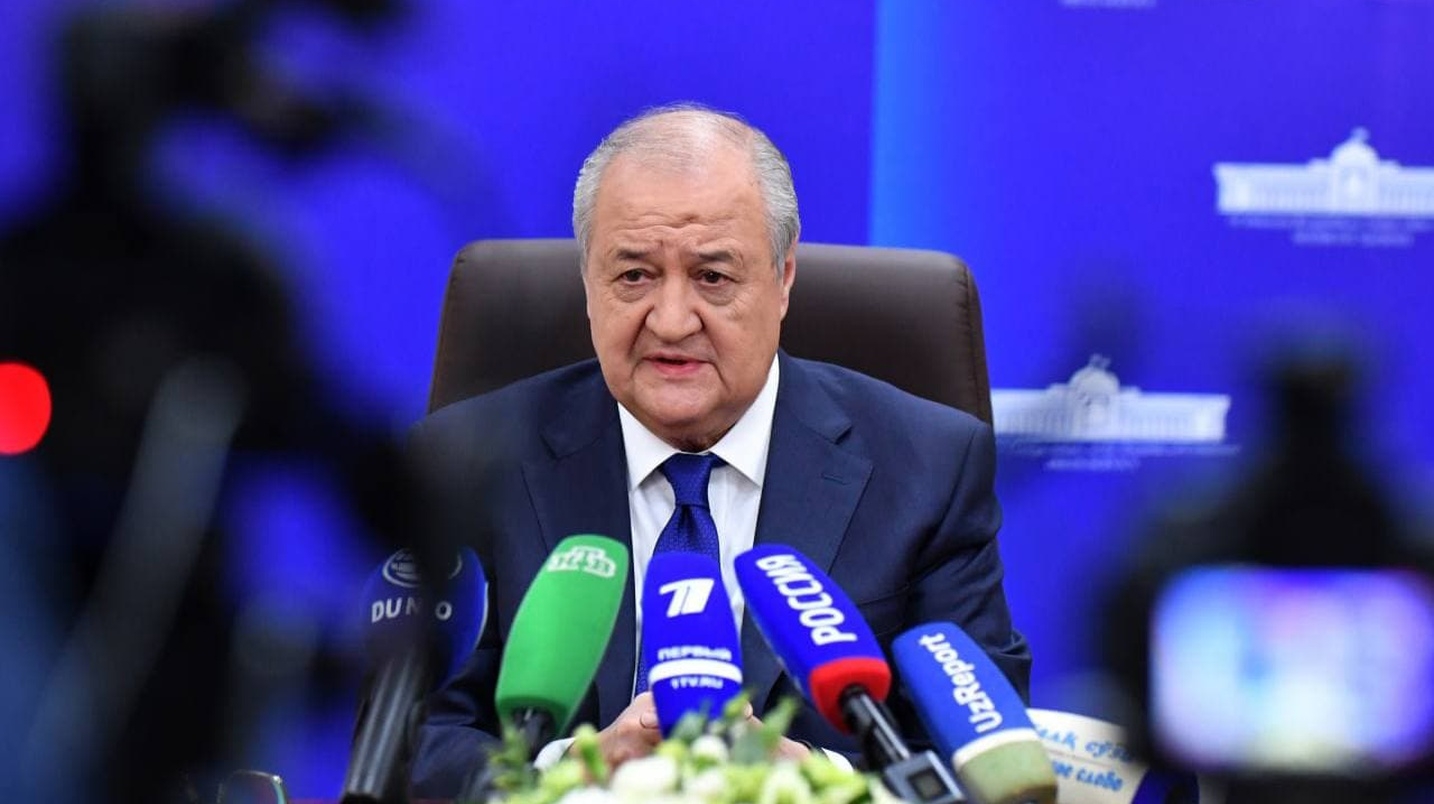 Uzbekistan has urged the international community to consider engaging with the Taliban regime in Afghanistan and to provide the country with aid in the interests of mitigating an unfolding humanitarian disaster.

Speaking to reporters in Tashkent, Uzbek Foreign Minister Abdulaziz Komilov said that failure to provide succor to Afghanistan could lead to more instability.

“Deterioration of the situation … could lead to radicalization in society, confrontations between groups, and the possible consolidation of extremist forces,” he said in remarks reported by government-run newspaper Narodnoe Slovo on February 9.

Talking after the conclusion of Afghanistan-focused talks with the visiting foreign minister of Latvia, Edgars Rinkevics, whose country is a member of both the European Union and NATO, Komilov called for more flexibility on the issue of whether to recognize the Taliban regime as the country’s legitimate ruler.

“We believe that the issue of recognizing the government is a two-way street. There must be a meeting midway. The interim government should live up to its promises, of which many were made. These are essentially the same conditions laid down by the international community,” Komilov said. “On the other hand, the international community should encourage any positive steps and changes being made in Afghanistan. It is necessary to work with this government and to engage in dialogue.”

Komilov went so far as to commend the Taliban for what he said was its efforts to quash militant elements in Afghanistan.

“It is doing a lot to clear the country of terrorists. They also want to integrate into the regional and international economic community. We must encourage and support these efforts, while at the same time insisting on our conditions: the stemming of violence, good neighborliness, and the creation of decent living conditions for the people of Afghanistan,” he said.

This positive and engagement-oriented gloss is unlikely to meet much agreement among Uzbekistan’s partners in the West.

A newly published U.S. Senate Committee on Foreign Relations Minority Report analyzing the circumstances and fallout of the U.S. military withdrawal from Afghanistan last summer, for example, considers only security issues and makes no references to humanitarian matters.

Following a closed Senate briefing with Secretary of State Antony Blinken and Secretary of Defense Lloyd Austin last week, one lawmaker, Senator Jim Inhofe (R-OK), complained that too little thinking was being done about the dangers emanating from Afghanistan.

“For a classified briefing, I would have liked to hear more details regarding the interagency planning process, [the] nature of the terrorist threat in Afghanistan today, and their counterterrorism plans going forward,” Inhofe said.

This rhetoric is strongly at odds with Komilov’s vision of humanitarian aid as a panacea for extremist trends.

Tashkent has itself not gone so far as granting the Taliban regime full recognition, but it has maintained constant lines of dialogue since the movement seized power in Kabul.

“Even in the most difficult periods, Uzbekistan did not suspend contacts with representatives of Afghanistan. We continue to maintain trade and economic cooperation. We are also in conversation about the implementation of important energy and transportation projects,” Komilov said.

The Taliban has expressed eagerness to see progress on work to build a railway link from the northern Afghan city of Mazar-i-Sharif through Kabul to Pakistan’s sixth-largest city, Peshawar. The route has been strongly lobbied by Uzbekistan, which is eager to establish a southbound outlet to the Pakistani ports of Karachi and Gwadar.

Another mooted project is the Surkhan-Puli-Khumri power transmission line, which, if completed, could boost Uzbekistan’s electricity supplies to Afghanistan by 70 percent.

Looking to the short term, however, Komilov said the work of providing humanitarian assistance was an important priority. He said Uzbekistan was poised to help in making this happen.

“A multifunctional international transport hub has already been formed in [the border city of] Termez for the organized delivery of humanitarian cargo to Afghanistan,” Komilov said, before thanking his guest for his government’s support. “We thank the Latvian government for backing the idea of creating this hub.”