The train arrived with 40 carriages loaded with household appliances. 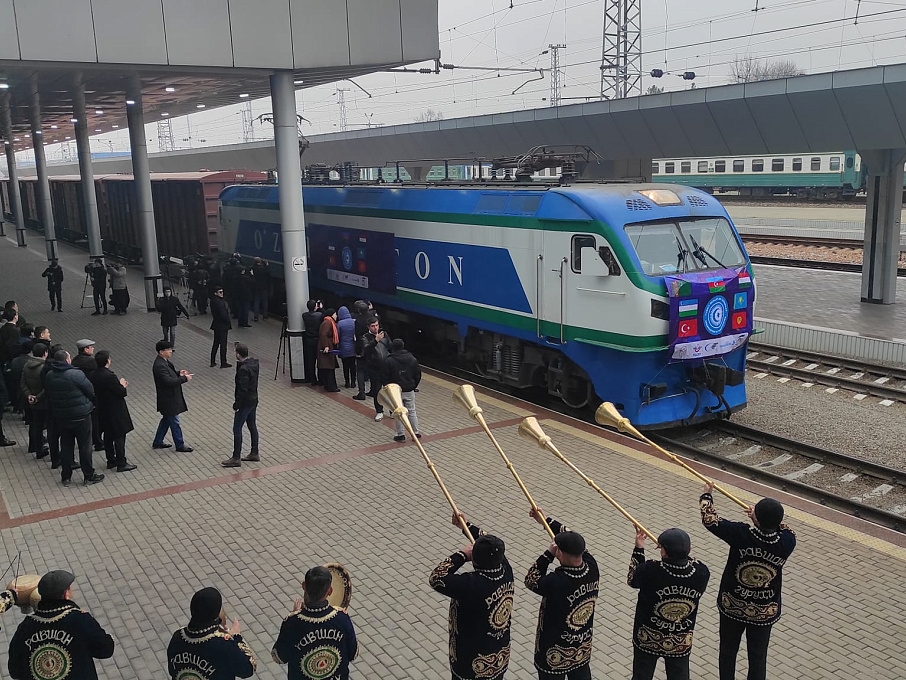 An inaugural freight train carrying goods from Turkey’s western Mediterranean shores to the heart of Uzbekistan arrived at its destination in Tashkent over the weekend, the Uzbek state-run railway company has said in a statement.

A train pulling 40 carriages loaded with household appliances and refrigeration equipment was met by a welcoming committee following a trip that saw it travel through Iran and Turkmenistan.

The four-nation, 4,500-kilometer route was devised jointly by the state railway companies of Uzbekistan and Turkey.

That this trip happened at all appears to be fruit of discussions at the Organization of Turkic States heads of state summit held in Samarkand, Uzbekistan, on November 11. As the Uzbek railways company said in its statement, “an agreement was reached on the creation and development of new transport transit corridors” at the summit.

No information is forthcoming about how long it took for the train to reach its final destination, but the route appears to present some intriguing possibilities. The 40 carriages departed from the Aegean port city of Izmir, which is in turn a 10-hour sail from the mainly Chinese-controlled port of Piraeus in Greece – one of the largest ports of its kind in Europe.

One roughly analogous transportation corridor described by Uzbekistan’s Investments and Foreign Trade Ministry envisions Tashkent being linked to Sofia in Bulgaria, via Istanbul, across a 5,150-kilometer, two-week route that takes in a crossing of the Caspian Sea.