The president is popular. But he’s still not ready to allow a genuine opponent in elections this Sunday. 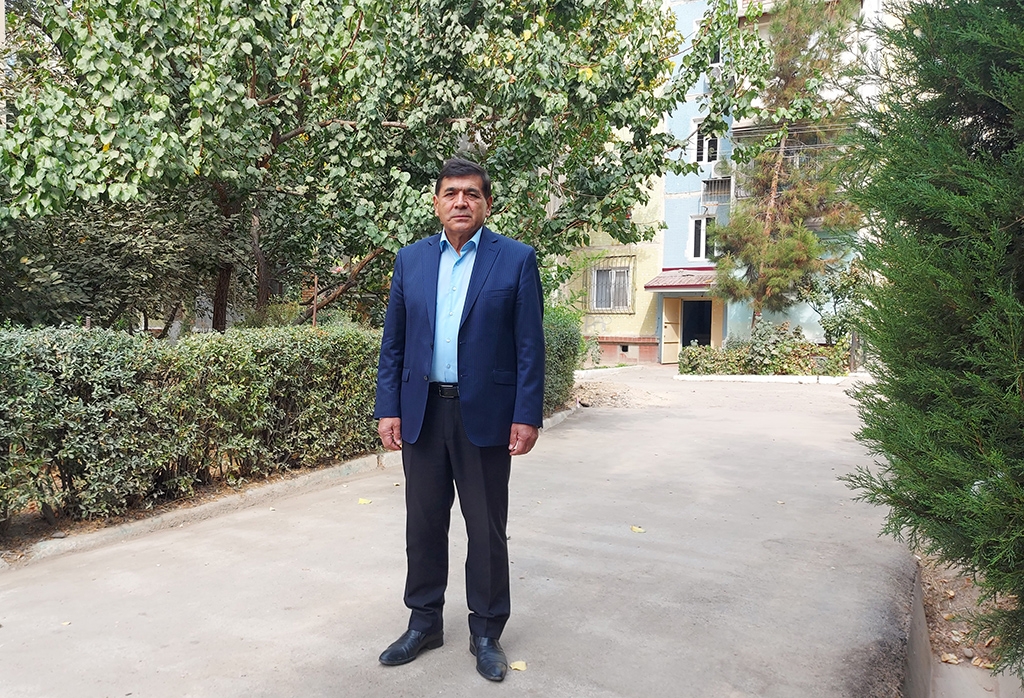 Khidirnazar Allakulov is an aspiring politician, but he will not be on the ballot when Uzbekistan holds its presidential election on October 24.

The former university rector, best known for exposing corruption in academia, would love to stand in the vote, which incumbent Shavkat Mirziyoyev is guaranteed to win with a landslide against four stalking horses.

Allakulov even claims bullishly – and improbably – that he would win in a fair fight.

But since the government thwarted his efforts to set up a political party, he finds himself shut out of the election, criticizing from the sidelines.

“They are afraid. Why are they afraid? If they let us in, if the Justice Ministry registered us, if a candidate from our party took part, everybody everywhere says openly that our candidate would win!” cried the irascible self-styled opposition leader in an interview inside the Tashkent apartment he uses as an office.

First, Mirziyoyev is broadly popularly among voters, who appreciate his dynamic reforms – especially in the economy – that have transformed lives over his five years as president.

Second, for all his claim to have “millions” of supporters, Allakulov has little name recognition on the streets, despite creating a stir on social media by making the first attempt to register an opposition party since Mirziyoyev came to power.

In June the Justice Ministry rejected Allakulov’s bid to register the Truth and Progress (“Hakikat va Tarakkiyot”) party, saying that half of the 20,000 signatures required to support his application were invalid.

Allakulov dismisses this as a pretext to shut him out of a political scene featuring only five legally registered political parties, all pro-government.

With legislation that is “burdensome and open to arbitrary application,” registering a party in Uzbekistan is no breeze, international election monitors pointed out recently.

Having a registered party is crucial to entering the election race because independents are not allowed to stand.

Allakulov’s problems are not confined to his inability to clear that hurdle.

Since he launched his abortive political career, he says he has faced a barrage of intimidation, violence, and trumped-up court cases against himself, his relatives, and party activists.

He is not the only would-be opposition leader making such allegations.

Both men say they have been subjected to orchestrated mob attacks, an experience also reported by the Erk (“Freedom”) Democratic Party.

Erk’s attempt to field singer Jahongir Otajonov in the election collapsed after a mob attacked his political meeting, and he subsequently quit politics.

He told activists that “no party with the name ‘Erk’ exists” in Uzbekistan, and “there are no legal grounds to renew its activity.”

That he met them at all marked a sea change compared to the Karimov era, when the idea of a government minister receiving opposition activists would have been outlandish.

Those within the circles of power talk the talk of accepting political opposition.

Even Mirziyoyev professes himself open to opposition in a country where none has existed for nearly three decades.

“As president I am not against opposition,” he said in 2019, but it should be created inside Uzbekistan by leaders “who know the people’s problems” and “have drunk the water here and eaten the bread here.”

That was an oblique reference to Erk’s leadership, which has operated from exile for decades.

Even Allakulov acknowledges Uzbekistan’s political thaw: It would, after all, have been unthinkable to try and form an opposition party in the Karimov era.

Allakulov, 65, has a history of taking on the authorities.

In the 2000s he blew the whistle on alleged corruption at Termez State University, where he was rector, and ended up charged with corruption himself in what he believes was a bid to silence him.

The courts acquitted him and he spent years seeking reinstatement and legal redress, before taking his case to the United Nations Human Rights Committee in a move that will not have endeared him to the authorities.

In 2017 the committee ruled in his favor, finding that he had been denied the right to a fair hearing and deprived of the “possibility to rehabilitate his reputation.”

It was that experience that motivated Allakulov’s foray into politics.

“Something had to be done! It was necessary to fight against this regime!” he cried passionately, periodically thumping the table to reinforce his points.

“That meant it was necessary to set up a political party! There was no other way!”

It is hard to imagine why the government would view a little-known movement run by a gadfly with a messiah complex as a threat.

But the prospect of relinquishing total control over the political scene by registering an opposition party may be anathema to the powers-that-be.

“Uzbekistan could have shown its genuine commitment to meaningful reforms by allowing presidential candidates who don’t share the government’s views to participate in upcoming elections – but it did not,” Hugh Williamson of Human Rights Watch said last week.

He plans to have another shot at registering his movement, this time as the Democratic Party of Truth, Progress and Solidarity, although he believes “the government will fight this with every means.”

“We have to fight to change the system,” he says, “within the framework of the law, via the creation of political parties, via free elections.”

Does he believe he can win this political battle, as he eventually won his dogged legal battle?

“Definitely!” he blusters. “It’s just a matter of time!”