Abdullayev has previously been convicted on charges of sedition. 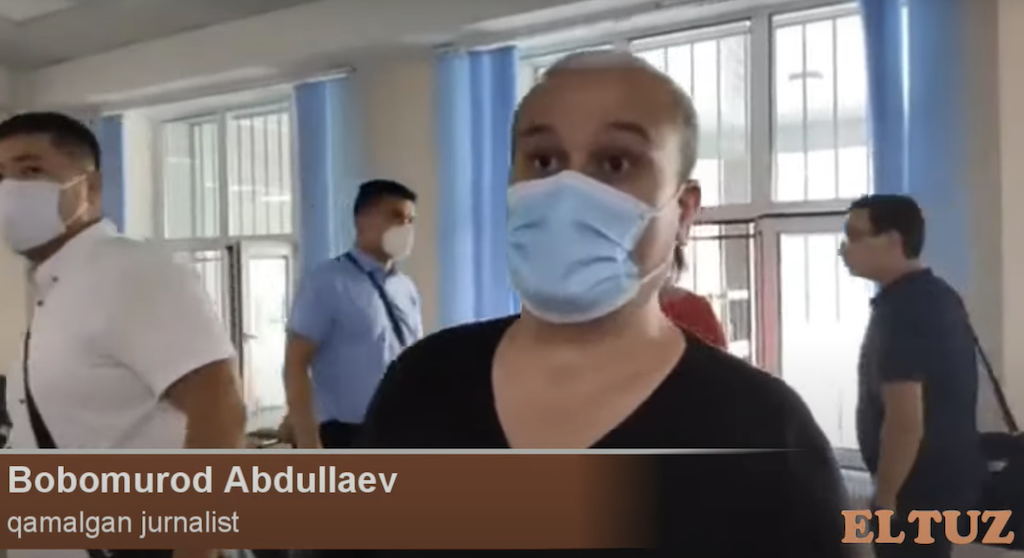 The office of the General Prosecutor in Uzbekistan has officially confirmed it requested last week’s detention of Uzbek journalist Bobomurod Abdullayev by security services in neighboring Kyrgyzstan.

It is unclear on what charges Abdullayev, who will now face extradition procedures, is being sought.

RFE/RL’s Kyrgyz service reported on August 9 that the journalist, who has been outside Uzbekistan since November, had been detained by Kyrgyzstan’s State Committee for National Security, or GKNB. Other Bishkek media cited the GKNB as saying Abdullayev, 47, is wanted on suspicion of committing a number of unspecified crimes.

Abdullayev himself has said in a video report produced by the El Tuz YouTube channel that he believes the charges against him are related to his work.

“The [Prosecutor General's Office] wrote in a warrant that I am supposedly writing articles under the pseudonym Qora Mergan and they already had a court hearing on July 23,” he said.

The Qora Mergan Telegram channel has over 3,000 subscribers and features articles mainly focusing on the policies of President Shavkat Mirziyoyev.

Umida Niyazova, the Germany-based director of the Uzbek Forum for Human Rights, told Eurasianet that Abdullayev had traveled to Berlin in November and trained while there with the journalism advocacy group Reporters Without Borders. He later flew to Kazakhstan and then onward to Kyrgyzstan, where he was stranded because of the COVID-19 outbreak.

Calls have come for Abdullayev to be released from an array of international rights groups, including the Committee to Protect Journalists, Amnesty International and Freedom House.

The U.S. Ambassador to Tashkent, Daniel Rosenblum, wrote on Twitter that he was deeply concerned by Abdullayev’s detention and that the Embassy is closely following the case.

This is not Abdullayev’s first run-in with the Uzbek authorities. He was arrested by security services in September 2017 and later charged with sedition, also in connection with his writing. In May the following year, he was found guilty but immediately released from custody in what was widely read at the time as a gesture of clemency and a potential harbinger of political liberalization.

His troubles have now become a fresh challenge for Kyrgyzstan’s government, which is still feeling diplomatic heat from its decision to allow imprisoned rights activist Azimjan Askarov to die behind bars.

“It depends on how actively the Uzbek security services can pressure them into handing over Bobomurod, and whether Kyrgyzstan can resist that pressure. Are there people among Kyrgyzstan’s authorities who believe that it is not possible to hand over the journalist?” Niyazova said.