The idea that a blogger might dare to confront an Uzbek policeman would have been near inconceivable a few years ago. 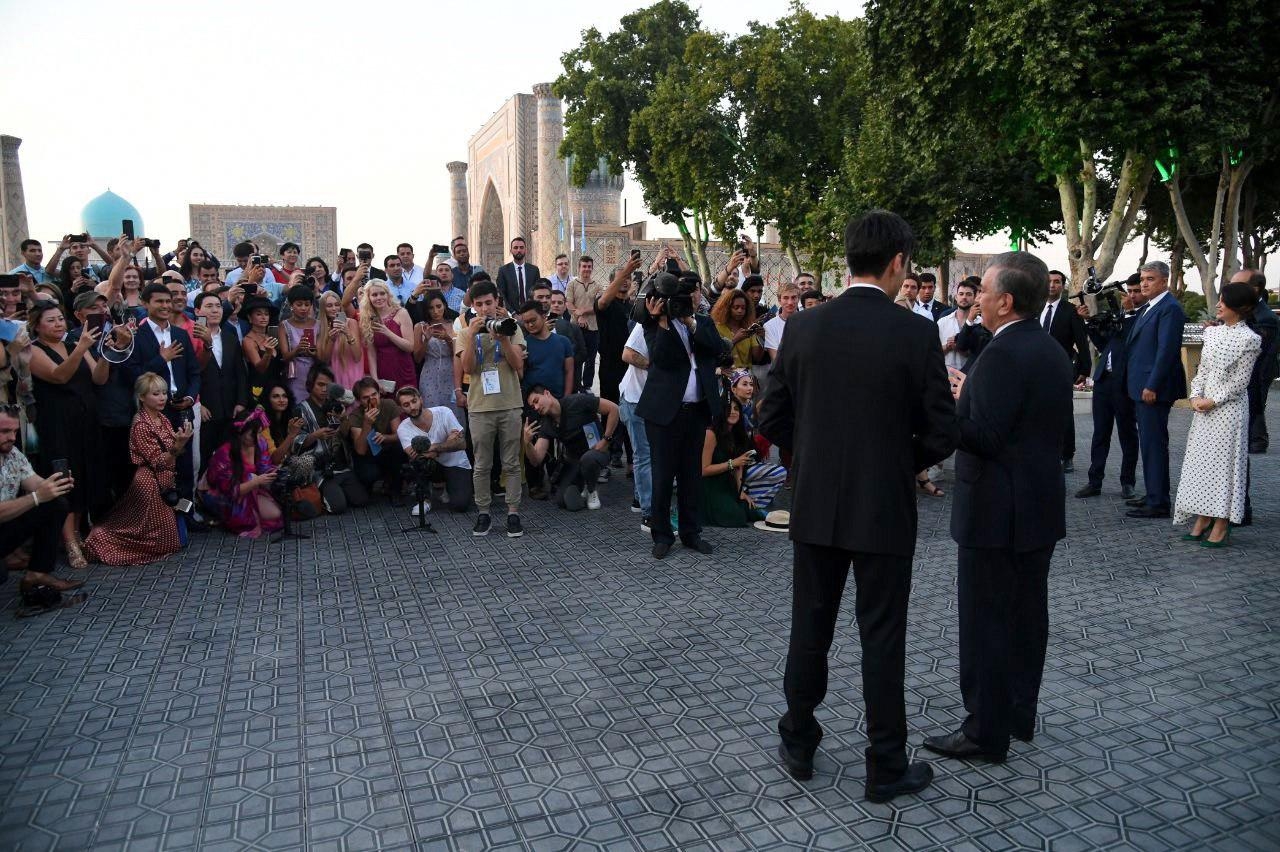 “You can’t film! Why are you filming police officers?” a uniformed man shouts, as he goes through the motions of filing a traffic ticket. “Don’t film, you do not have the right to do that!”

Carrying the camera was Abdufatto Nuritdinov, a popular videoblogger and the self-appointed scourge of officialdom in Asaka, a town in Uzbekistan’s Ferghana Valley.

The idea that an unaffiliated citizen reporter in Uzbekistan might dare to confront a policeman would have been near inconceivable a few years ago. Today, many people armed with little more than a phone camera and a Facebook or YouTube account have accumulated huge followings in their mission to hold their government to account.

Nuritdinov’s preferred outlet is YouTube. His channel, called Popular Control, has ratcheted up 16,800 subscribers, an impressive number in a provincial town of around 110,000 people.

The appeal of Nuritdinov’s YouTube channel for residents of Asaka is that he had managed single-handedly to break the information monopoly. Doing so has earned him the enmity of officials.

Almost all regional media in Uzbekistan are financed out of local government budgets. Their actual physical spaces are often in state-owned buildings. The cost of rent and utilities is charged to the government too.

The results are predictable. Rather than trying to sniff out problems and putting them onto the public agenda, reporters tend to be a conduit for disseminating information on behalf of the authorities.

Some among this new species of public chronicler have acquired remarkable levels of clout.

On January 5, the day of a series of run-off votes in the parliamentary election, Timur Sattarov was documenting voting at polling station No. 74 in the city of Samarkand. He had official accreditation and felt secure he was breaking no rules as he conducted a live broadcast to his Facebook group, I am a Samarkandi, which has 34,000 followers.

At one point, a man was caught by the cameras as he deposited multiple sheets into a ballot box – a clear violation of the law. Realizing he had been discovered, the man turned to the camera and yelled: “Get that camera away from me! I didn’t say you could film me!” He then doubled down by showering Sattarov with insults and tried to shove him out of the polling station.

It later emerged that the man was Jamshid Umarov, the former head of the Samarkand reception office, a government institution devised recently as a means for the public to convey their petitions. After Sattarov filed a formal complaint to the authorities, the matter was taken up by the courts. Umarov was forced at one hearing to apologize publicly to the blogger.

The decisive role was likely played in this episode by President Shavkat Mirziyoyev, who had some months earlier, in August, remarked during a visit to Samarkand that bloggers had an important job in helping ensure the implementation of government reforms. He had their back, Mirziyoyev promised.

The term “blogger” is used loosely in Uzbekistan and is often applied to people posting their content on any type of digital media or platform, be it Facebook or the Telegram messaging app.

Sattarov’s case was not a standalone.

Toward the end of 2019, the head of the press service at Andijan city hall, Gulshana Koshkarova, took to the official Telegram account to let the world know what she thought of Khurshid Daliyev, a journalist who runs a news portal called Human.uz. Daliyev was a “scheming delinquent,” Koshkarova said, adding, more ominously, that he was an activist in the ranks of the banned Islamic group Hizb ut-Tahrir.

Daliyev filed a libel suit. And in January, the court ruled in his favor and ordered the press secretary to pay a $500 fine.

The situation can vary from district to district, however.

Nuritdinov, the videoblogger from Asaka, pushed his luck too far, it turned out.

Before setting up his Facebook page and YouTube channel, Nuritdinov, 37, had worked in Russia for 12 years installing windows. He returned to Uzbekistan in early 2017, heartened by all the talk of reform.

The focus of his interests was broad. He wrote about farmers, broken traffic lights, forced labor during the cotton harvest, poverty and the alleged corruption of petty officials. This last camp patiently bade its time before springing into action.

The story of what happened was told to Eurasianet by his mother, Matlyuba Kurbanova, who said she was personally present as it unfolded.

On December 30, Nuritdinov received a summons to the city hall. As he arrived, police officers pounced. With little ceremony, they drove him to the nearest precinct. Nuritdinov then learned, said Kurbanova, that he was to be prosecuted on charges of libel, insulting a public servant and petty hooliganism – all stemming from Facebook posts and a personal confrontation with a handful of officials.

“It was all done to a pre-prepared script. Prior to December 30, they had prepared two volumes of prosecution volumes against Abdufatto,” Kurbanova said. “He was sentenced that same evening. After the court hearing, he was thrown into the basement cells of the Andijan city precinct.”

Nuritdinov would serve two weeks in jail, during which time he missed the birth of his son, and was fined $1,500.

Another outspoken citizen reporter to feel the harder edge of the government’s pushback was Nafosat Ollashukurova. The mother of two from Urgench, in western Uzbekistan, came to prominence in September during her live Facebook broadcasts of a cross-country trek by journalist Mahmud Rajabov, who was on a march to Tashkent to appeal to the Interior Minister in person over his ongoing criminal case.

That same month, Ollashukurova was arrested and placed in a detention facility for 10 days on charges including petty hooliganism. While there, she went on a hunger strike, prompting jail officials to move her to a psychiatric clinic in Urgench.

Although she was eventually released, Ollashukurova opted in January to leave the country and seek asylum in Ukraine out of fear she might again be forcibly committed.

Bloggers have some important champions. Saida Mirziyoyeva, a daughter of the president and, until recently, the deputy head of the state’s Agency of Information and Mass Communications, in August spoke about plans to legally equate journalists and bloggers, thereby giving the latter certain protections under the law.

Mindsets may take longer to change. But Sattarov, the Samarkand blogger, is confident on that front.

“We are free people. We draw attention to problems and show things as they are. We express our opinion come what may. And officials are just not used to this,” he said.