The story of Jaslyk is not over, though. 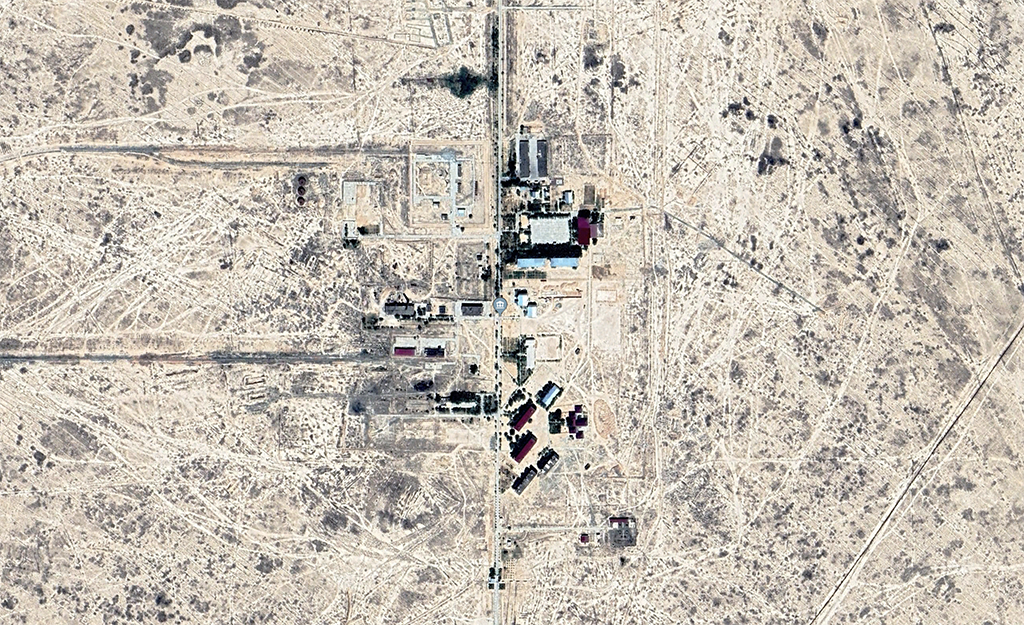 In the two decades since it was opened, Jaslyk has become more than a prison. It has served as a byword for brutality.

Inmates have included people convicted on terrorism charges and other serious crimes. Opposition figures, rights activists and pious Muslims have also been locked up in Jaslyk.

Jaslyk is named after the eponymous nearby village, which in turn is derived from the local word meaning “youth.” It sits in the middle of an inhospitable desert, 300 kilometers away from the nearest city, Nukus, the capital of the semi-autonomous republic of Karakalpakstan. The southern shores of the Aral Sea were around 60 kilometers to the east, before the waters receded. Temperatures in summer reach well over 40 degrees Celsius (104 degrees Fahrenheit). When the penitentiary was built on the grounds of an old chemical plant in 1999, at the time of the late President Islam Karimov, it was designed to accommodate 1,100 people.

While making the closure announcement on August 5, Deputy Interior Minister Bahrombek Adilov said there were 395 prisoners being held at Jaslyk. Of those, one-tenth were serving sentences for religious extremism. All are to be transferred to other prisons across the country.

Azam Farmonov, a rights activist, spent almost 12 years in Jaslyk, from April 2006 to October 2017. The song “Uzbekim” (My Uzbek) remains seared into this memory. It was to the strains of that tune, a patriotic paean to the greatness of the Uzbek people, that prisoners would be tortured.

"Jaslyk was a real hell for prisoners. They were beaten on their heels with rubber batons. They hung them from frames with handcuffs. The worst thing was when they wrapped rods in cloth and beat you so badly that your internal organs would shake,” Farmonov told Eurasianet.

Rights monitors and journalists seldom got to see the inside of the prison.

Abdurahim Tashanov, the head of the Tashkent-based Mercy rights advocacy group, visited the prison four times. The last trip was in October 2017, when Farmonov was released. He met his old colleague and took him back home, to the city of Jizzakh.

“The prison colony is in the bare steppe. All around there is only sand and thorns. There is no way for prisoners to escape. And even if it happened, they would just die of extreme heat or cold,” said Tashanov.

Officials have usually denied that there was any torture occurring in Jaslyk.

“There is no torture of prisoners happening now, and it did not happen earlier either,” Adilov, the deputy interior minister, said.

But the state-appointed human rights ombudsman, Akmal Saidov, has taken a more open approach on the matter.

"I cannot say that there is no torture, since Jaslyk has become a very negative label for Uzbekistan. And this strongly depressed our ratings on the international scene,” Saidov said in a TV interview in August.

In 2002, when the UN Special Rapporteur on Torture Theo van Boven toured Jaslyk, he was less equivocal.

“The government should urgently consider closing the Jaslyk colony. Even its location creates conditions equivalent to cruel, inhuman and degrading treatment or punishment,” he said.

Van Boven complained at the time that Uzbek officials had severely hindered his ability to learn in full what conditions at the prison were like.

The story of Jaslyk is not over, though. While the facility will no longer hold long-term inmates, Adilov said it is being handed over to Nukus city police for use as a pre-trial detention center.

Tashanov is alarmed by these plans. The activist believes this reformatting will make it even more difficult to document what is happening to detainees and that torture and abuse of people under investigation could continue. The only thing to do is shut Jaslyk down once and for all, Tashanov said.

Farmonov, meanwhile, has not allowed his time in prison to break his spirit. He and other like-minded colleagues are setting up a group called Restoration of Justice. Ending the use of Jaslyk as a prison is only the beginning, he said. 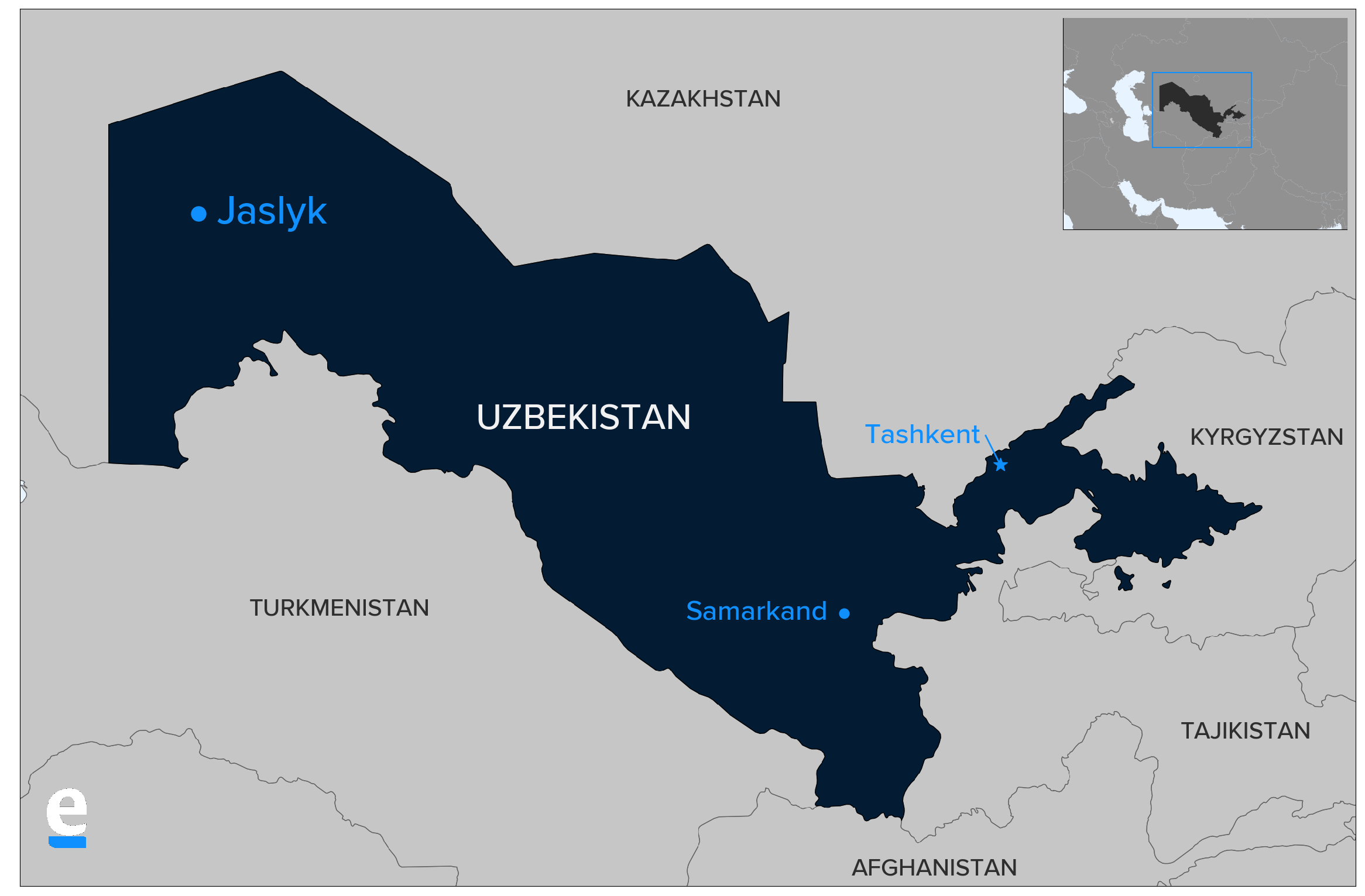 “Somebody must be made responsible for all the torture and crimes committed against human rights defenders, politicians and all those people that opposed the Karimov regime. It is necessary to rehabilitate unlawfully convicted citizens. That is the main goal of our organization,” Farmonov said.

Steve Swerdlow, a Central Asia researcher for Human Rights Watch, welcomed the decision to close Jaslyk and urged the authorities to enable former prisoners to challenge their sentences.

“What is key at this moment is to provide a formal opportunity to the former prisoners of conscience from Jaslyk to challenge their unlawful convictions, receive full legal rehabilitation, and speak publicly about their stories. Doing so would allow all of Uzbek society to process the horrors of Jaslyk, learn the lessons of the past, and never allow them to be repeated,” Swerdlow said.

This echoes a broader conversation about how Uzbekistan is confronting its painful recent past.

The decision to shutter Jaslyk provoked lively discussions on social media. Many suggested an appropriate measure would be to turn the prison into a memorial. Farmonov sympathizes with the proposal.

“People must not forget that dozens of prisoners, including innocent people, lost their lives there. This would be a reminder of a repressive regime and the fear that the country and its people were exposed to for 25 years,” Farmonov said.