A cheeky theater is not what many expect to find in Uzbekistan. But Ilkhom Theater has long pushed boundaries. 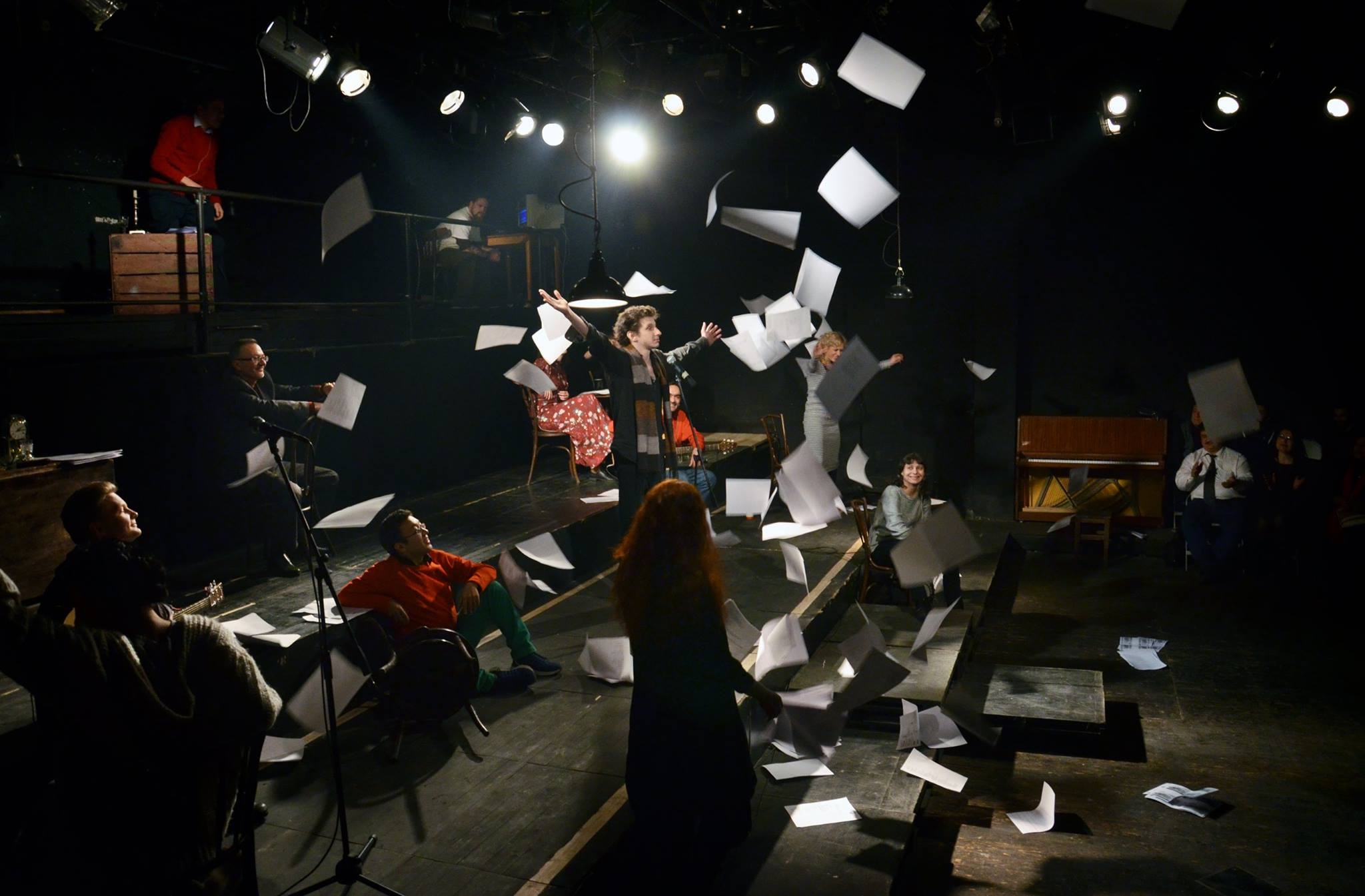 One recent evening, visitors to Tashkent’s Ikhom Theater were met at the entrance by a pair of police officers. After a cursory bag check, the policemen allowed the spectators through.

Art can be a dangerous business in Uzbekistan. Mark Weil, the founder of Ilkhom, which has served as an oasis of avant-garde and independent theater in the region since the mid-1970s, was murdered in September 2007.

“After Mark Weil died, few believed, to be honest, that Ikhom would survive. I myself was doubtful,” Boris Gafurov, the theater’s current artistic director, told Eurasianet. “I was picked by the troupe to act as artistic director. I was caught unawares because it all happened so fast. None of us was ready for this.”

Going to Ikhom is a no-frills experience. The venue is a musty basement in the center of town that can seat a maximum of 150 people. A bad ticket requires the spectator to lean forward on a rickety chair and crane their neck sideways for a clear view.

The repertoire currently comprises around 15 different plays on daily rotation. One of the stagings attended in March by a Eurasianet correspondent, a loose adaption of 18th century Venetian commedia dell’arte playwright Carlo Gozzi’s The Fortunate Beggars, was a boisterous illustration of what Ilkhom can get away with.

The play was first staged by Weil in the early 1990s, but the content has evolved with the times. Gags about the lack of a fair justice system and the proliferation of corruption feel risqué for Uzbekistan, but they are evergreen.

There are also some fresher references, like the throwaway line about how no more than 150 people should be allowed to attend a wedding — a reference to an exhortation to modest nuptial festivities made last year by President Shavkat Mirziyoyev. In perhaps the most acid satirical jab in the play, a humbled Mudzafer, the cruel governor of Samarkand, a character whose current incarnation is clearly modeled on the reviled and recently fired head of the security services, Rustam Inoyatov, is shown as a sobbing wreck who threatens pathetically to hang himself.

The intensity of this cheekiness may in part be down to the slight breeze of liberality felt since the death of President Islam Karimov in September 2016, but the theater insists it has long operated with relative impunity.

If anything, it is the audience that takes most umbrage. Some smutty one-liners during The Fortunate Beggars elicited visible discomfiture from a few spectators and even prompted a handful of walkouts. As the people left, the actors broke off their performance to call “goodbye, and thank you for coming.” At that, the rest of the audience, which was already hooting with amusement, laughed even harder.

It was public offense that ended Weil’s life. Imitations of the Koran – a meld of musical performance, dance and video art based on an eponymous epic poem by 19th century Russian writer Alexander Pushkin – was an intentionally provocative commentary on ultra-orthodox Islamic beliefs. In conservative quarters, the work was read as unvarnished blasphemy. The three men convicted in 2010 of murdering Weil outside his apartment told the court they had acted in response to what they said was the disrespectful depiction of the Prophet Muhammed.

As Weil lay dying in the hospital in the early hours of September 7, 2007, after sustaining multiple stab wounds, he is reported to have said: “The new season opens tomorrow, come what may.” He was 55.

Ilkhom marked the fifth anniversary of the death with a re-staging of Imitations of the Koran, but the show was dropped from the roster the following year.

“Many of the plays first staged by Mark Weil are no longer [in the repertoire]. Unfortunately, we were also unable to hold onto Mark Weil’s last staging, Orestes by Aeschylus. It was a technically complicated show,” Gafurov said.

As his admirers point out, Weil was never one to do things the easy way. It was this that kept Ilkhom a step ahead.

“Mark Weil was ahead of his time,” said Ravshan Nazarov, historian and longtime fan of the theater. “The 1980s and 1990s saw a theatrical boom in Tashkent. Several theaters emulating the Ilkhom style were set up. But not one of them survived.”

One of the secrets to Ikhom’s endurance is that it manages to generate its own talent.

Bernar Nazarmuhamedov, who joined the team in 1995, was one such graduate of the Ilkhom school. In 2006, one year before Weil’s death, he left Uzbekistan for Moscow and worked on a few film projects. He made short movies and toured them at festivals. In September 2016, after a decade away, he returned to Ilkhom.

“At the moment, I feel that there are a few people who are perpetuating [Weil’s] work and continuing to develop on a creative and spiritual level,” Nazarmuhamedov said. “We have managed to preserve his creative style and stage unusual pieces that stand out. We have managed to continue standing apart.”

Nazarmuhamedov performs four roles in the theater’s repertory, including one that used to be played by Weil himself.

There are 37 theaters in all in Uzbekistan. Even after all these years of independence, Ilkhom is still the country’s only non-state theater. That ensures a dose freedom, but also creates difficulties.

Staff at state-funded theaters dependably receive salaries and funds for decorating and touring. Ilkhom struggles to afford such liberties and pays its actors a largely symbolic salary of around 350,000 sum ($42) a month. Tickets cost up to around $7, which is quite pricey by Uzbek standards, but still not enough to extricate the theater fully from its money problems.

The professional actors in the troupe mainly make their living working in the cinema and radio, teaching public speaking or coaching children, but it is their urge to maintain an outlet for their creative spirit that keeps them loyal to Ilkhom, said Gafurov.

“The East likes to smooth corners, but that’s not for us,” he said, referring to a culture of deference in Uzbekistan’s neighborhood. “We are not afraid and we are ready for experiments.”