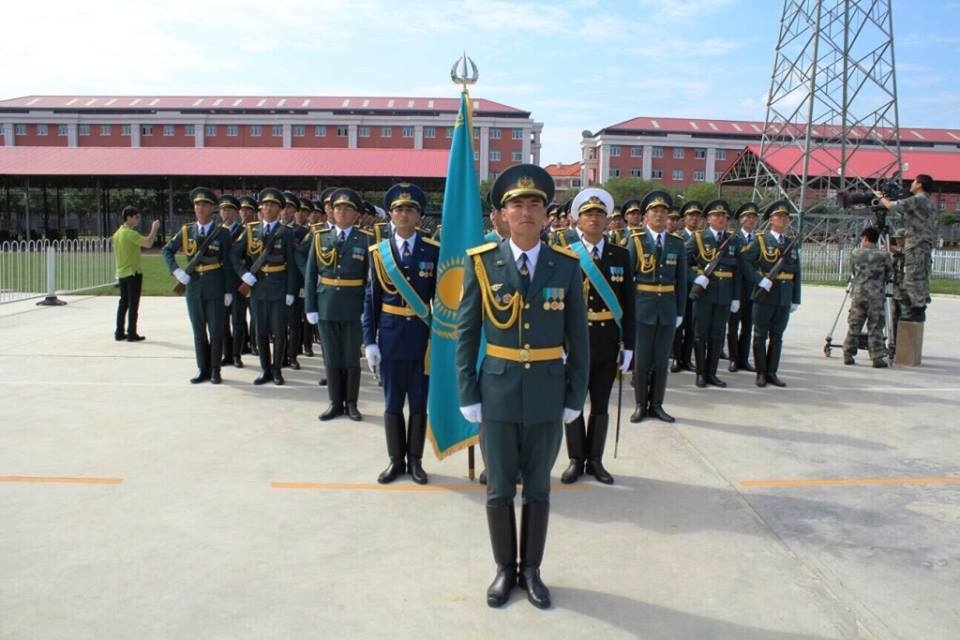 Kazakh soldiers drill in preparation for the September 3 military parade in Beijing commemorating the 70th anniversary of the end of World War II in Asia. (photo: MoD Kazakhstan)

Central Asian soldiers and presidents took part in a massive Chinese military parade marking the 70th anniversary of the end of World War II in Asia, the guest list of which provided some grist for speculation on China-Central Asia relations.

Kazakhstan, Kyrgyzstan, and Tajikistan were among the 11 countries sending relatively large contingents (of about 75 soldiers each) to take part in the September 3 parade. The Central Asian soldiers started arriving in China more than two weeks ahead of the parade, and rehearsed six hours a day. Soldiers from those three Central Asian states also participated in a similar event May 9 in Moscow.

But there were some intriguing inconsistencies in the turnout of Central Asian presidents who showed up. Uzbekistan's president, Islam Karimov, who skipped the Moscow parade, did appear in Beijing. And Turkmenistan's Gurbanguly Berdymukhammedov, who appeared at Moscow's parade, skipped Beijing's. (The presidents of Kazakhstan, Kyrgyzstan, and Tajikistan took part in both.) As the parade was about to begin, Chinese state television showed Karimov standing on the reviewing stand just to the right of his regional rival, Kazakhstan's Nursultan Nazarbayev. (The cameras did not catch any conversation between the two men.)

Karimov's antipathy toward Moscow is well known, so his skipping the Moscow parade was not too surprising. (He did go to Moscow for a summit of the Commonwealth of Independent States the day before, where he managed to get into a public spat with his counterpart from Kyrgyzstan, Almazbek Atambayev.)

Berdimukhammedov's choice of which parade also was curious. While Turkmenistan-Russia relations have stagnated, China has become a major consumer of Turkmenistan's leading export, natural gas.