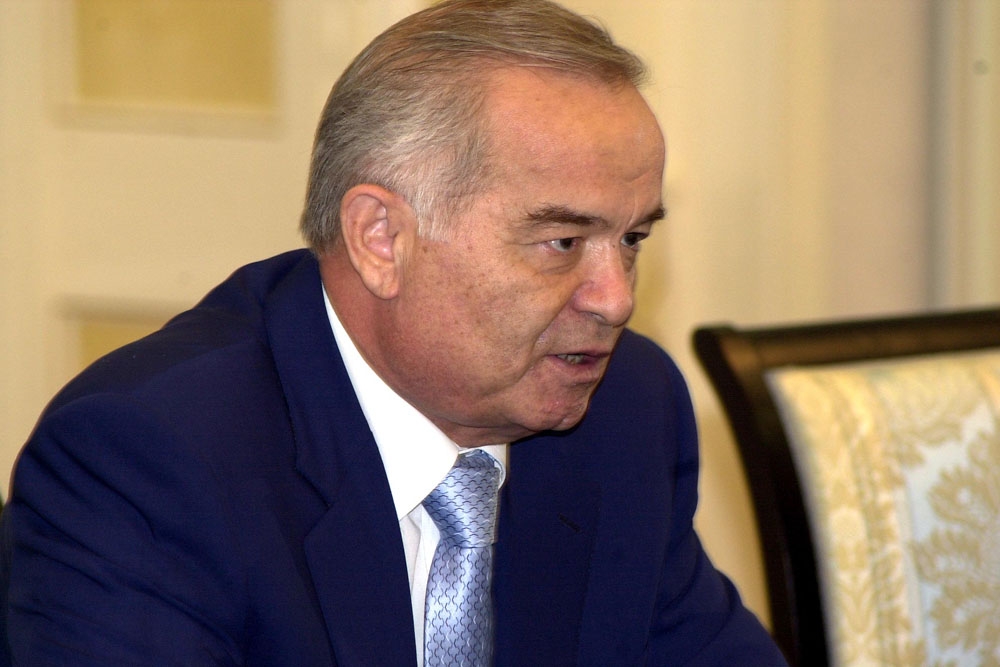 The emergence of troubling information about the recent violence in southern Kyrgyzstan – that the violence was planned, may have been abetted by Kyrgyz security forces, and predominately targeted ethnic Uzbeks – is raising the potential for an explosive reaction in Uzbekistan.

Islam Karimov’s administration appears acutely aware of the potential ramifications of the southern Kyrgyzstan violence for Uzbekistan. [For background see EurasiaNet’s archive]. Accordingly, the government in Tashkent, in keeping with its authoritarian character, is restricting information on the inter-ethnic violence. Karimov appears intent on keeping Uzbek passions in check, and thus trying to reduce the chances of Uzbek retaliation.

Local Uzbek media coverage of the violence in southern Kyrgyzstan has been virtually nonexistent. Television and radio mention it sparingly, if at all. There are reports from refugee camps in eastern Uzbekistan that are housing the estimated 100,000 ethnic Uzbeks who have fled Kyrgyzstan, but there is little explanation about the violence that created the refugee crisis.

The June 17 edition of the newspaper Pravda Vostoka, for example, carried an account of a phone conversation between President Islam Karimov and United Nations General Secretary Ban Ki Moon on the refugee situation. But there was no report on events inside Kyrgyzstan. When asked for a newspaper that carried news about what was happening in Osh, a newsstand vendor in Tashkent said he didn’t have any. “It’s a closed topic,” he said.

“We hear about what is going on in Turkey, in China, in America, but not next door,” said another man in Tashkent who asked not to be named.

The government has issued only one official statement on the southern Kyrgyzstan situation, distributed by the Ministry of Foreign Affairs. It said that recent events in Kyrgyzstan were provoked by outside forces “whose interests are totally remote from the interests of the Kyrgyz people,” and that ethnic Kyrgyz and Uzbeks should get along.

Media coverage has tended to follow the same line. “We are confident that no one can sow enmity between our nations. The bloodshed in Osh and Jalal-abad is the doing of criminals, who are attempting to destroy friendly relations and traditions between [ethnic] Uzbeks and Kyrgyz people,” read one report from the Uzbek National News Agency.

Karimov’s restrained stance has been a pleasant surprise to some outside observers, especially in Kyrgyzstan. Many worried that the Uzbek government might use the inter-ethnic clashes as an excuse to intervene in southern Kyrgyzstan. But Karimov seems to believe that anything that could lift the lid on the frustration and the fury of Uzbeks could ultimately boomerang on his own iron-fisted regime.

Underscoring the fact that many Uzbeks are seething, comments on social networking websites, such as Facebook, and elsewhere on the Internet, indicate that a desire for revenge against Kyrgyz is brewing among Uzbeks.

“For me personally, it is clear: the community of Kyrgyz has degraded, degenerated completely, and has declared war on the Uzbeks, their ethnic kin. This is what’s important – everything else is a lie,” wrote Bakhodir Musayev, a dissident political sociologist in Tashkent, in an online commentary.

“What is happening in Kyrgyzstan can be described in one word: genocide,” wrote Iskander Khudayberganov, an analyst with the Expert Working Group of Uzbekistan.

There is widespread readiness, both on the part of Uzbek security forces and among ordinary people, to join the fight in Kyrgyzstan on the Uzbek side, said Sukhrobjon Ismailov, another analyst with the Expert Working Group. But Uzbekistan has strong control of its borders, and so is not worried about the possibility of vigilante Uzbeks going to Osh to avenge the attacks, as happened during Uzbek-Kyrgyz violence in 1990, Ismailov said. But it is worried about how Russia would respond to harsh rhetoric from Tashkent, he added.

Both the government and dissident intellectuals in Uzbekistan believe that Russia somehow played a role in provoking the violence in Osh. Uzbekistan is afraid of the possibility that Russia could do the same in Uzbekistan's Ferghana Valley, and so remains quiet, Ismailov said.

Beyond politics, ordinary Uzbeks are trying to help refugees in whatever way they can. Several charities set up collection points around Tashkent to accept donations. One, at the 17th Secondary School in Tashkent, was operated by the “You Are Not Alone” foundation run by Karimov's younger daughter, Lola Karimova-Tillyaeva.

One Tashkent resident who was donating items said her friends mocked her for giving through official channels, given the Uzbek government’s reputation for pervasive corruption. “If you give them something good, they’re just going to take it for themselves,” she said her friends told her.

Bureaucrats, however, are unlikely to want the modest offerings of used clothing, hygiene items and non-perishable foods that accumulated in the school's gymnasium, where volunteers sorted clothing into bags amid fifty-kilogram sacks of flour and boxes of laundry soap and barrels of shampoo donated by a factory. A foundation representative said they had collected an estimated 20 tons of goods on June 17. The donations were to be distributed over the weekend at refugee camps in the Andijan Region. One woman, who worked at a kindergarten, brought a carload of children's clothing and used toys. “I saw on television and the internet that people needed help,” she said. “People are suffering there.”