The government's ban should not be read in an exclusively religious register. 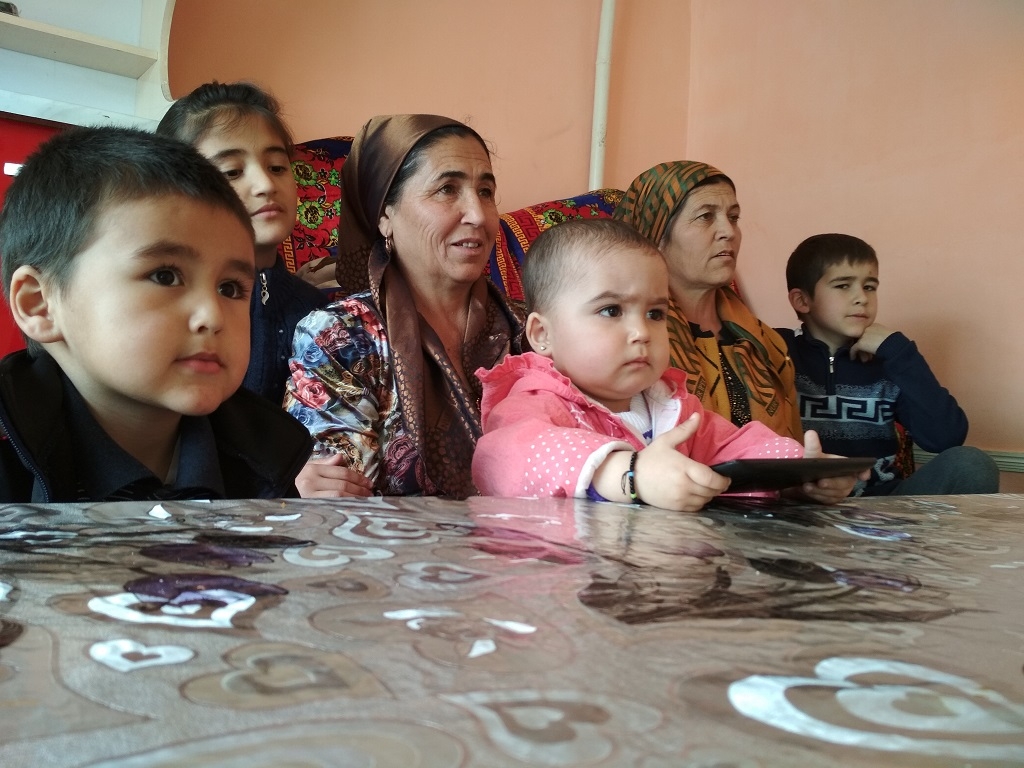 “Today is the last day you will be watching your heroes. […] Amir, I will miss you.”

With that Instagram post from dubbing artist Alisher Uzakov, television viewers in Uzbekistan learned their favorite Turkish soap opera was being pulled from the airwaves.

The news was greeted with approval by Islamic clerics and moral guardians exercised by the extramarital shenanigans playing out onscreen. They had every reason to feel satisfied. The cancellation was forced by a burst of grassroots agitation unusual for Uzbekistan, where the government has historically used its iron fist to direct all public discussion.

Privately owned Zo'r TV was quick to realize it had a hit on its hands when it began late last year to broadcast Kara Sevda (Black Love) — a typically overwrought Turkish melodrama of doomed romances. Families tuned in every weekday evening to see how Nihan, Kemal and Amir, the trio of photogenic 20-something central characters, would finally sort out their messy love triangle.

“I love Kara Sevda. We even have an informal fans club at the maternity ward where I work. After watching the show, we get together and talk about it,” Manzura Yunusova, 29, told Eurasianet. “My co-workers and I were really upset when they stopped the show.”

Not everybody was so enthusiastic. Ziyavuddin Rahmon, a writer for Islamic-themed news website Azon.uz, seized upon the mounting anti-Kara Sevda clamor with a February 14 piece headlined “Recognize the Enemies of the Nation.” The show was sinful and contrary to Uzbek customs, he wrote. For good measure, Rahmon described the dubbing artists as “traitors” and “hypocrites.”

The article generated much chatter, with even Prime Minister Abdulla Aripov getting involved. With his criticisms of the soap opera during a government meeting, Aripov tacitly threw his support behind the country’s conservative wing.

The Press and Information Agency, the state’s censoring arm, submitted a letter to management at Zo'r TV, advising them to suspend the show. The February 16 note, which has been seen by Eurasianet, noted that Kara Sevda contained “scenes contrary to Uzbek family values.” That same day, after the end-titles rolled on episode 120, a message appeared onscreen informing viewers the show had come to the end of its run.

This sequence of events is revealing about the gradual changes taking place in Uzbekistan. In contrast with what happened under the late President Islam Karimov, who died in September 2016, the government is indulging an increasing spectrum of independent views. The Kara Sevda episode suggests it is religious and conservative-minded commentators that are most actively seizing the opportunity.

“After many years, religious figures have been given the chance to speak out. And so they are speaking out, and we are finding all kinds of different views in their midst. This is the start of dialogue between religion and society,” culture commentator Sherali Kuldashev told Eurasianet.

In years past, the government strategy has been to strictly control the religious message.

“As scholars Adeeb Khalid and [other scholars] have pointed out for decades, plenty of Uzbek religious figures have been completely co-opted by the state, less they fall afoul of it and end up with prison sentences,” Russell Zanca, an anthropology professor at Northeastern Illinois University, told Eurasianet.

Authorities are still clearly uneasy about the appearance of strident religious voices, however. While swatting Zo'r TV, the Press and Information Agency also expressed unhappiness about Rahmon’s article.

“Extremist strains have been detected on Azon.uz and appropriate measures will be adopted against its editorial team,” a representative for the agency told RFE/RL’s Uzbek service, Radio Ozodlik.

And an official with the state’s religious affairs committee, Bobomurov Rustamov, noted in remarks to Radio Ozodlik that Rahmon’s piece had not gone through the required vetting process.

“When I read this article, I understood that the writer had crossed the line of what is permissible,” Rustamov said.

The piece has since been taken down.

But there are those who warn against reading this particular episode in an exclusively religious register. Inobat Matyokubova, editor of Uzbek-language website Qalampir, which had been a particularly stern decrier of Kara Sevda, argued that the show could lead to a breakdown in society.

“Why are we so drawn to this married woman having fun with another man on the side? And we call this the ‘torments of love’? Why do we sympathize with this instead of condemning it? Since when do we call a hero who destroys another family ‘the protector of love’?” Matyokubova wrote in a February 13 piece that, perhaps unwittingly, suggested she too was a dedicated viewer.

Watching TV is a family activity in Uzbekistan, especially so in rural areas. Parents and their children muster in their main room, which doubles as a dining and living space, and leave the TV set blaring well into the evening. Alarmists worry it is this dynamic that leaves the very young so prone to pernicious moral influences.

“We need to be careful in picking foreign TV shows for Uzbek audiences. Often, these soap operas are watched in the family circle, with children present. Labels on age restrictions are disregarded by almost everybody,” art and film critic Hafiz Niyazov told Eurasianet.

Others are derisive of the moral panic. The tenor of much public commentary about Kara Sevda conveys images of a sex-laden bacchanalia, but the show is intensely prim by most standards.

“This ban of Kara Sevda is stupid. It is just a show, an illusion on the screen,” historian Maxim Matnazarov told Eurasianet. “Any talk about [Uzbek] mentality and negative influences on Uzbek youths is just an excuse. After all, the show has been aired in far more Islamized countries than Uzbekistan, like Egypt and Oman, and there were no protests against Kara Sevda there.”

In any event, imposing bans is just tilting at windmills, as Timur Ismoilov, a 31-year old cameraman, points out.

“How can you even ban a show in the age of the internet? You can watch any movie you want online or buy the DVD. Anybody who likes Kara Sevda will watch it anyway, regardless of what the mullahs and the imams think,” Ismailov said.