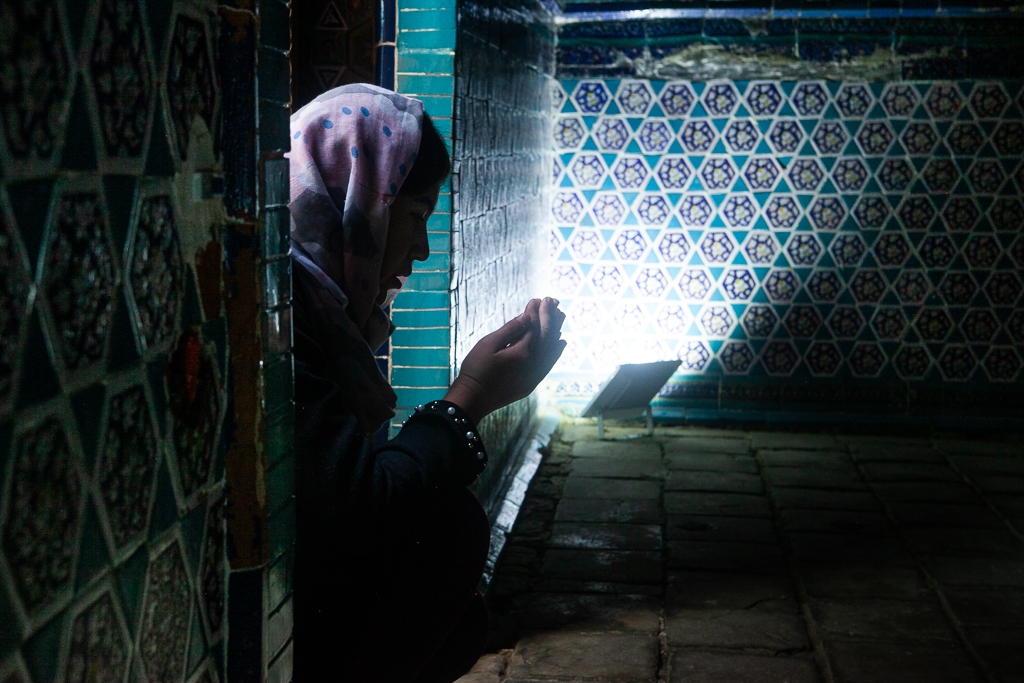 Uzbekistan will still require religious groups to go through complicated and onerous registration procedures before they are entitled to operate lawfully. (photo: David Trilling)

Lawmakers in Uzbekistan have approved the first reading of legislation that would, among other things, end a ban on the wearing of religious clothing in government offices and places of learning.

Prior to this only clerics could, in theory, wear explicitly religious garb in those locations.

While gestures like these look designed to make it easier for people to openly express adherence to their faith, religious freedom advocates say the draft bill preserves many repressive and limiting features of existing legislation.

The religious clothing ban introduced in 1998, as the late President Islam Karimov was implementing one of his numerous crackdowns on pious Muslims, offered law enforcement bodies wide latitude for interpretation. The effect was to strongly discourage the faithful from adopting external signifiers of their religious affiliations. People falling foul of the prohibition were liable to face fines or up to 15 days in jail. More ominously, those same people were liable to end up on the now-scrapped blacklists of suspected potential extremists.

The role of religious clothing in public life has for years been a subject of heated public discussion in Uzbekistan. In 2018, Justice Minister Ruslanbek Davletov spoke during a visit to Washington in favor of the state regulating how citizens dress. He argued, for example, that it was improper for people to obscure their face while in public as this could pose a threat to security.

The issue surfaced in the courts some months later, in February 2019, when Luiza Muminjonova, who was 19 at the time, went to court in a bid to overturn the International Islamic Academy’s ban on wearing religious clothing, such as the Islamic headdress, within its halls. Muminjonova and several other students had been expelled from the academy for taking their stand.

The law approved in its first reading on September 15 also sets out the terms for what religious educational institutions can do. Under the proposed changes, they will be able to train up clerics and preachers, which was not previously permitted. Also, parents or guardians will be allowed to teach children the basics of religion in the home.

This notionally fits in with a broader relaxation toward religion. On August 1, the Interior Ministry released a video statement to say that minors will, once coronavirus-related restrictions have been lifted, be permitted to attend prayers at mosque, ending another Karimov-era prohibition.

The government’s steps toward liberalization on faith led to a breakthrough in April, when the United States Commission on International Religious Freedom, or USCIRF, recommended removing Uzbekistan from its list of countries “of particular concern.”

The USCIRF nonetheless registered concern at the persistence of some longstanding trends, although these are seemingly being addressed in this draft bill.

“The government opposes Muslims growing beards or wearing hijabs as expressions of their religious beliefs, and both local government and law enforcement officials singled out and violated the rights of visibly religious Muslims,” a report published in April found. “Other government officials embarked on a campaign to actively discourage girls and women from wearing the hijab, with some authorities reportedly compiling lists of hijab-wearing girls and women for monitoring purposes.”

But religious freedoms advocacy group Forum 18 has been strong in its criticism of the draft law on religion, quoting one human rights defender, Bahodyr Eliboyev, as saying "there's not much difference between the draft law and the current law."

This argument stems in part from the fact that Uzbekistan will still require religious groups to go through complicated and onerous registration procedures before they are entitled to operate lawfully.

Forum 18 notes that while parents will be permitted to instruct children in the fundamentals of ethics and religion, the ban remains in place on "the teaching of religious beliefs on a private basis,” which would apply, for example, to informal afterschool classes organized by parents or an independent religious association.