Rustam Inoyatov was once considered the kingmaker of Uzbek politics. 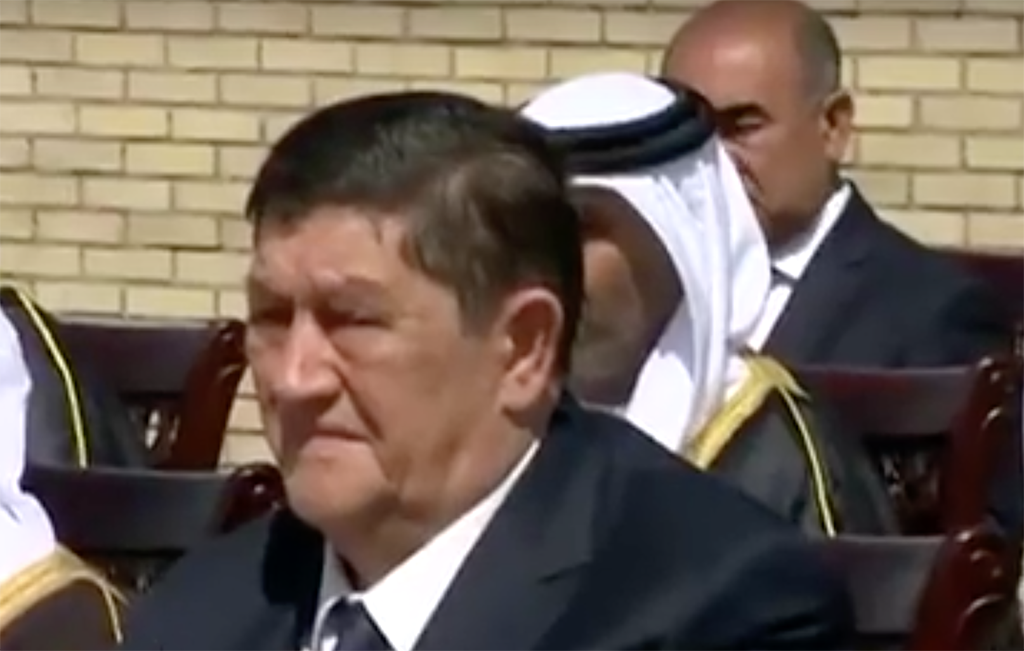 Uzbek President Shavkat Mirziyoyev has again demoted an influential member of the old guard of apparatchiks who are seen as obstructing his reform agenda as he embarks on his second term in office.

Mirziyoyev replaced Rustam Inoyatov as his adviser on law-enforcement, according to a Telegram post by Sherzod Asadov, the president’s spokesman, on November 15. Asadov did not mention the dismissal of Inoyatov, but he did say that another person had been appointed to his job: Bakhtiyor Islamov, who had been a deputy adviser to the president on citizens’ rights.

This move suggests the further sidelining of Inoyatov, who was a stalwart of the regime of Islam Karimov, Mirziyoyev’s long-ruling and dictatorial predecessor, and who was once considered the kingmaker of Uzbek politics.

Prior to his appointment as presidential adviser in 2018, Inoyatov headed the much-feared National Security Service (known by the acronym SNB) for over two decades.

It was under Inoyatov that the SNB became the main tool of political repression in Karimov’s Uzbekistan.

In that role, Inoyatov, viewed as the second most powerful person in the state, presided over human rights atrocities such as the shooting of demonstrators in Andijan in 2005, for which he was placed under European Union sanctions, as well as the jailing of thousands of political and religious prisoners.

Inoyatov was also renowned for taking on Gulnara Karimova, the former president’s daughter, who waged a public turf war with him and lost, ending up under house arrest and later in jail, where she remains.

In 2018 Mirziyoyev dismissed Inoyatov as security chief and clipped the wings of the SNB, which was renamed the State Security Service (known as the SGB).

At the time, that was viewed as a bid to rein in the hawkish security service, which was widely believed to be resisting Mirziyoyev’s agenda of limited political and ambitious economic reforms. Although its influence has waned, the SGB is still thought to be a source of pushback against the president’s reforms.

Inoyatov’s removal as presidential adviser further sidelines him from the center of political power.

There were no reports of the 77-year-old receiving another appointment, though he remains a senator. Crucially for him, given his prior involvement in what campaigners say are gross human rights abuses, this grants him immunity from prosecution.

No reason was given for his dismissal, but it could be a choreographed move that is part of a broader power transition in Uzbekistan, speculated Pulat Akhunov, a Sweden-based political exile.

“This is all happening on the basis of preliminary agreements,” Akhunov suggested to Eurasianet. “Evidently they agreed that Inoyatov would be adviser for just one [presidential] term, to assure a stable handover of power.”