Police reforms have been notable. But it still feels like they have much to hide. 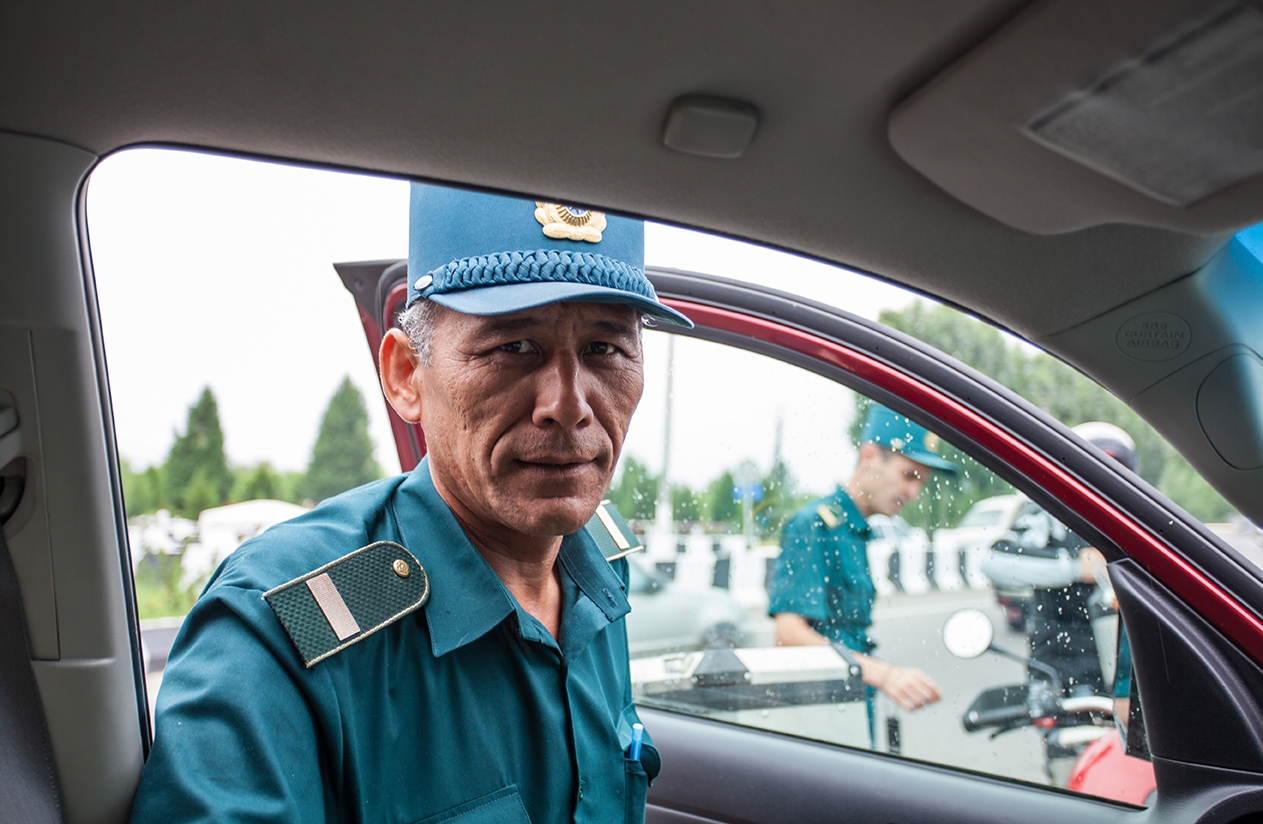 Traffic police in Uzbekistan are not well liked. They are a daily humiliation for drivers and frequently the butt of jokes. Now they risk further poisoning their reputation by trying to ban the public from taking pictures.

For critics, the Interior Ministry draft regulation forbidding anyone from taking photographs or recording video of traffic police is just the latest indication that Uzbekistan’s police state is more interested in preserving the (sometimes lucrative) status quo than reform.

Police, logically, are inclined to disagree.

An Interior Ministry spokesman explained on March 24 that traffic police are regularly targeted on social media. There, videos of them at work circulate with “controversial, sensational or slanderous comments.”

The spokesman claimed that of 707 clips alleging traffic police misbehavior in the last year, only 55 were found to have merit. It is unclear how these investigations were pursued.

The draft ban appeared on the government portal in mid-March. The official period for public discussion ended on March 29.

Since President Shavkat Mirziyoyev came to power in 2016, he has been credited with softening one of the world’s most brutal police states.

Law enforcement had since Uzbekistan’s independence operated in a legal vacuum, often with terrible consequences. The new administration’s attempts to reduce torture – all-pervading during the time of Mirziyoyev’s predecessor Islam Karimov – have been particularly notable.

On March 30, for instance, Mirziyoyev signed criminal code amendments that enable victims of torture to claim compensation from the state. Rights experts backed the move, while raising concerns about enforcement.

Yet it is Mirziyoyev’s decree from February 8, 2022 – "On measures to further improve the system of social protection of law enforcement officers” – that the Interior Ministry is claiming as the basis for the would-be ban.

That presidential decree, according to the private news website Gazeta.uz, is not in the public realm.

The claim that traffic police are being cyberbullied might have won more support if they weren’t frequently seen to be taking liberties with free speech.

In June 2020, a comic from a popular troupe was made to publicly apologize for sketches that portrayed road cops as dim-witted and corrupt. The apology video was published by the ministry.

A month earlier, Yulduz Usmanova, a pop singer, was forced to make a similar mea culpa after taking to social media to insult traffic cops with whom she had had an altercation. Usmanova’s divisive public profile meant that there was plenty of public enthusiasm for the officers’ initial threats to press charges. The case was dropped.

Both events took place around the peak of the initial pandemic lockdown, when police had extra emergency powers.

The proposed traffic cop filming and photography ban harks back to the Karimov era, when authorities treated cameras as if they were lethal weapons. For this reason, the criticism has been particularly intense.

Among the naysayers is businessman Komil Allamjonov, Mirziyoyev’s influential former press chief, who often styles himself as an ambassador for the reform camp.

“If a crowd of people on the street can watch how police work, then why can’t that same crowd watch them on the internet? There is no difference,” Allamjonov wrote on Telegram.

Madina Tursunova, a lawyer, wrote in a commentary for private media outlet Anhor.uz that the draft regulation contradicts a law mandating transparency and access to information about the activities of government bodies, as long as the activities are not connected to state secrets.

“Are the activities of the traffic police some kind of secret?” she asked rhetorically, noting that the regulation would at any rate be subordinate to the transparency law.

Echoing Tursunova’s stance and hinting at a government split over the issue was Justice Ministry advisor Shakhnoza Soatova.

“How to evaluate an attempt to ban openness and transparency through by-laws, when […] openness is guaranteed by many laws?” Soatova fumed on Telegram, speculating that even Uzbekistan’s tightly controlled parliament would not have passed such a bill.

Popular Telegram blogger Davletovuz, who has more than 60,000 subscribers, called the proposed regulation “nothing more than an attempt to hide from the public eye.”

“Instead, the traffic police should replenish their ranks with professional, honest personnel, so that cameras are not a threat to them and they do not fear openness,” the blogger wrote on March 24.