Victory Day in Moscow: Faces from the Crowd 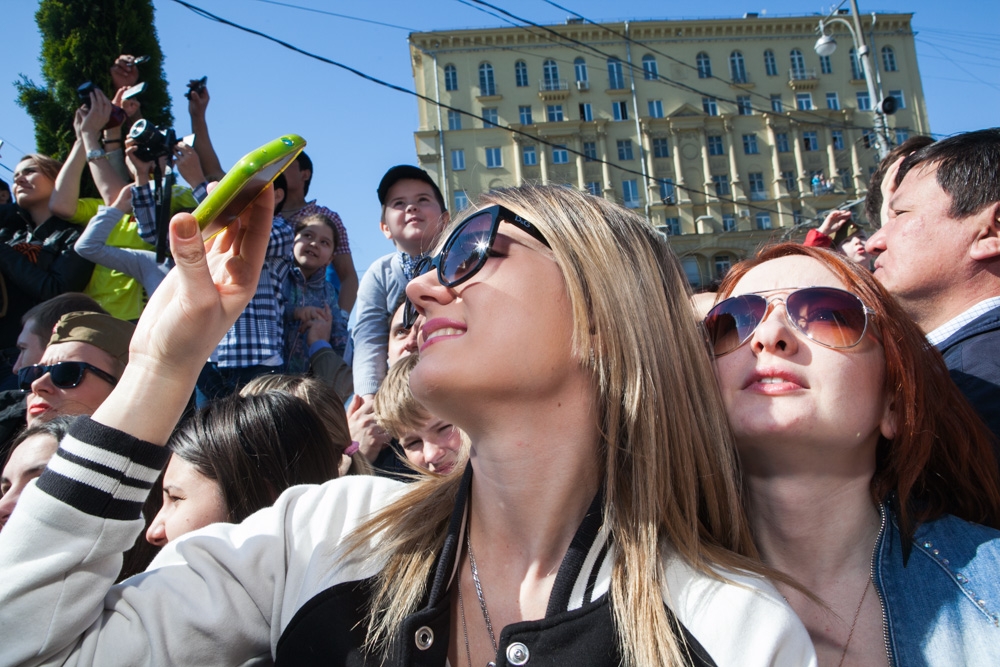 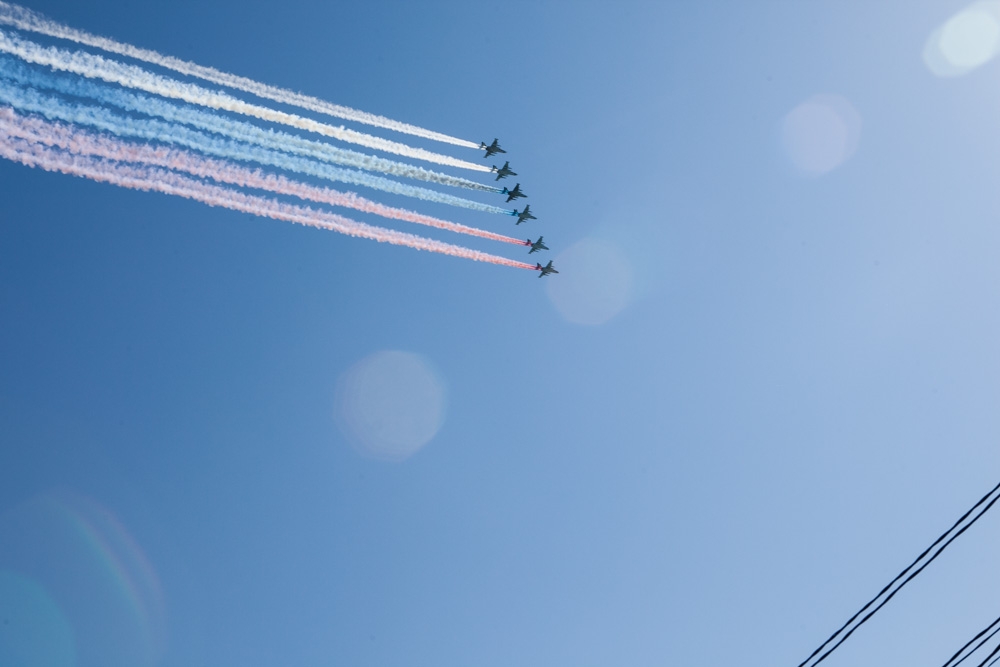 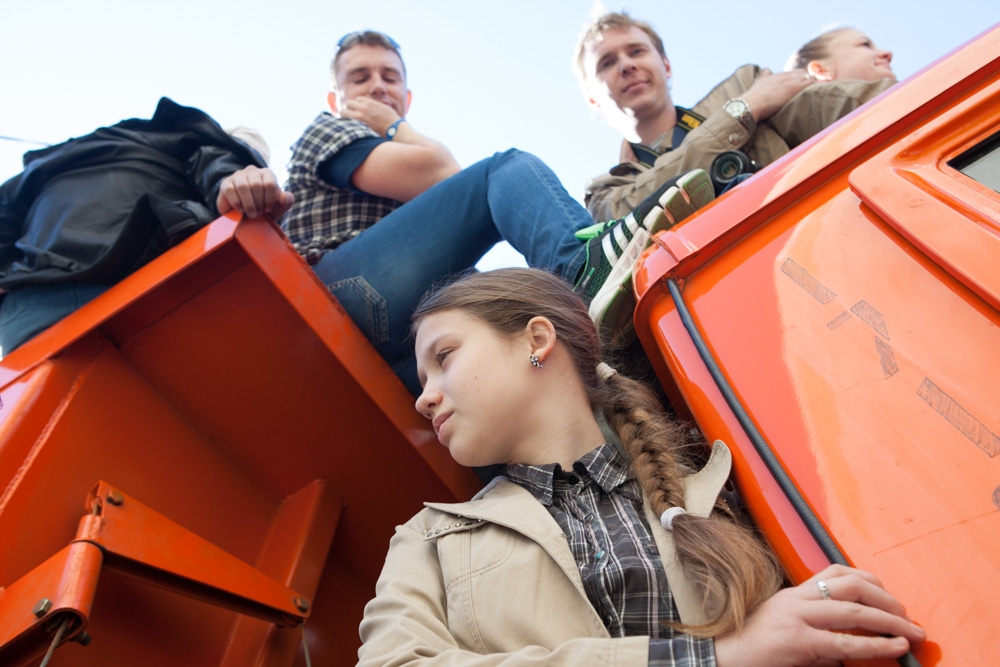 To get a view of the tanks, people climbed on anything they could find, including this dump truck. 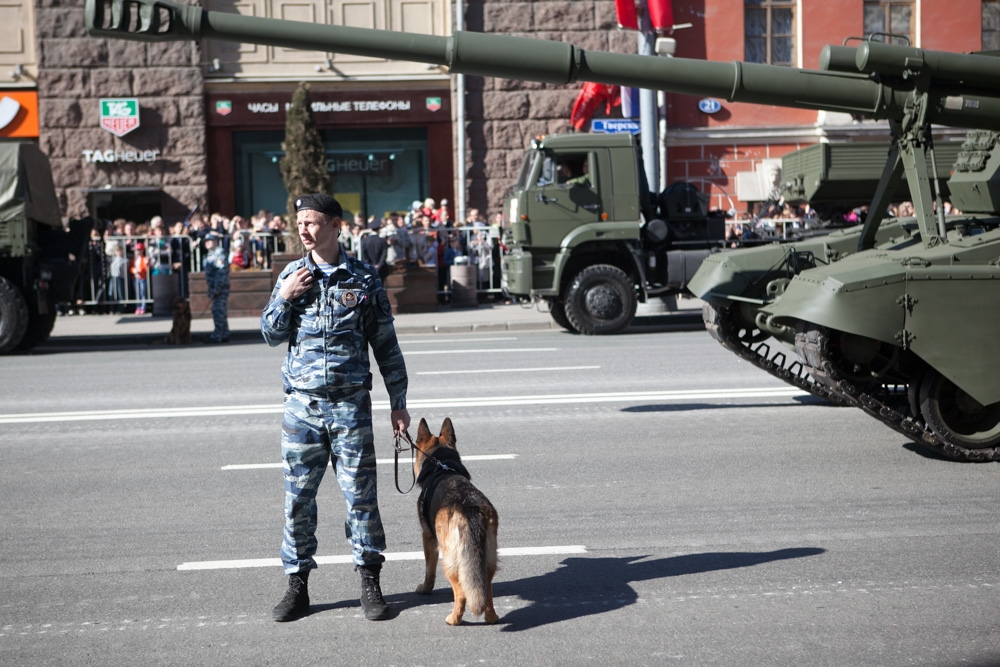 Tverskaya Street leads straight to the Kremlin and Red Square. 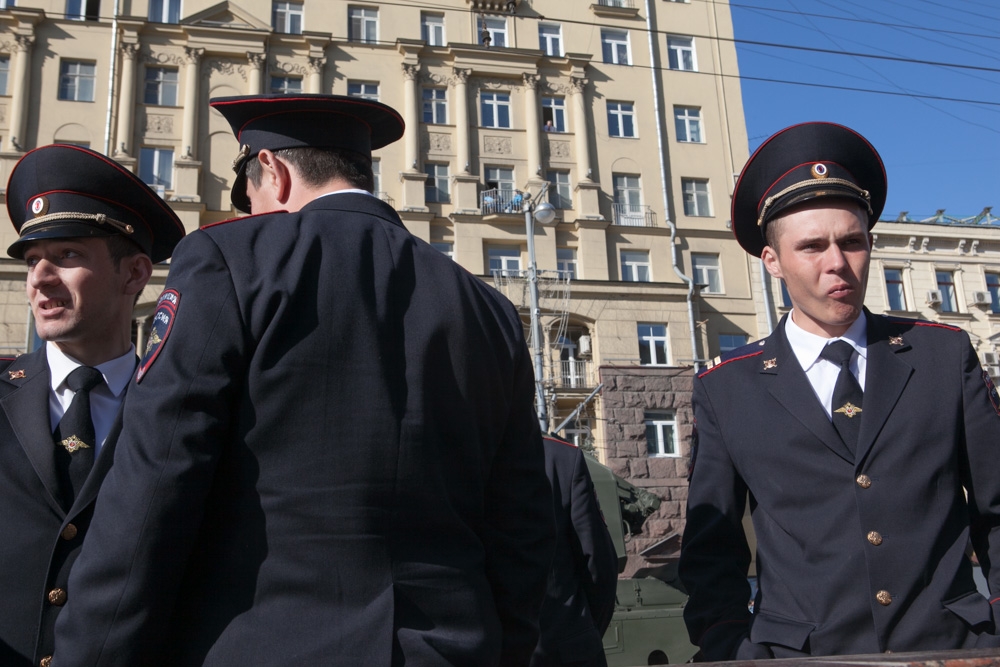 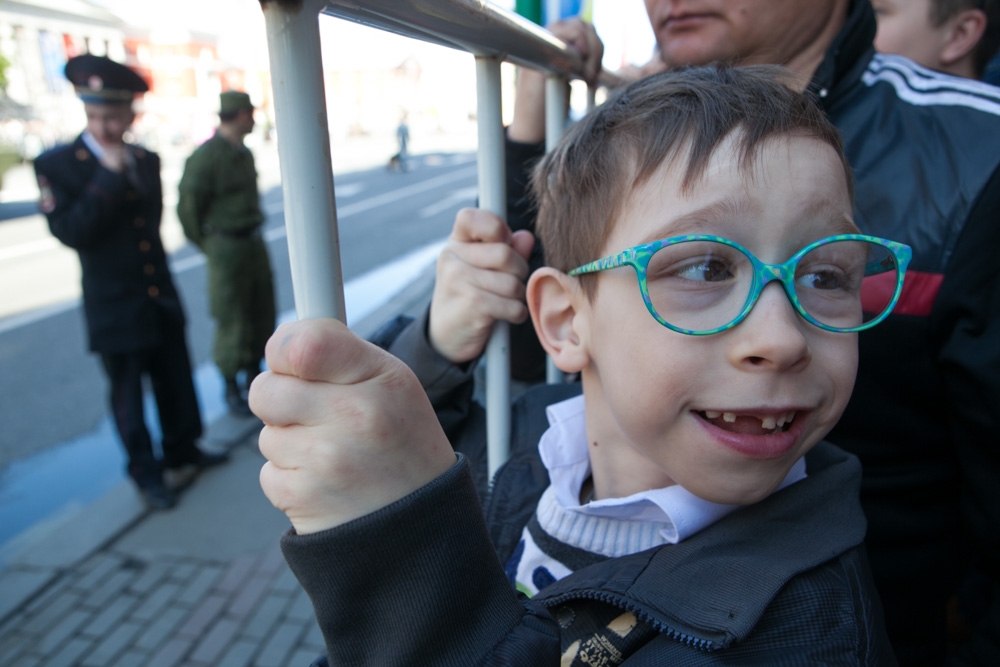 Waiting for the tanks to start their engines. 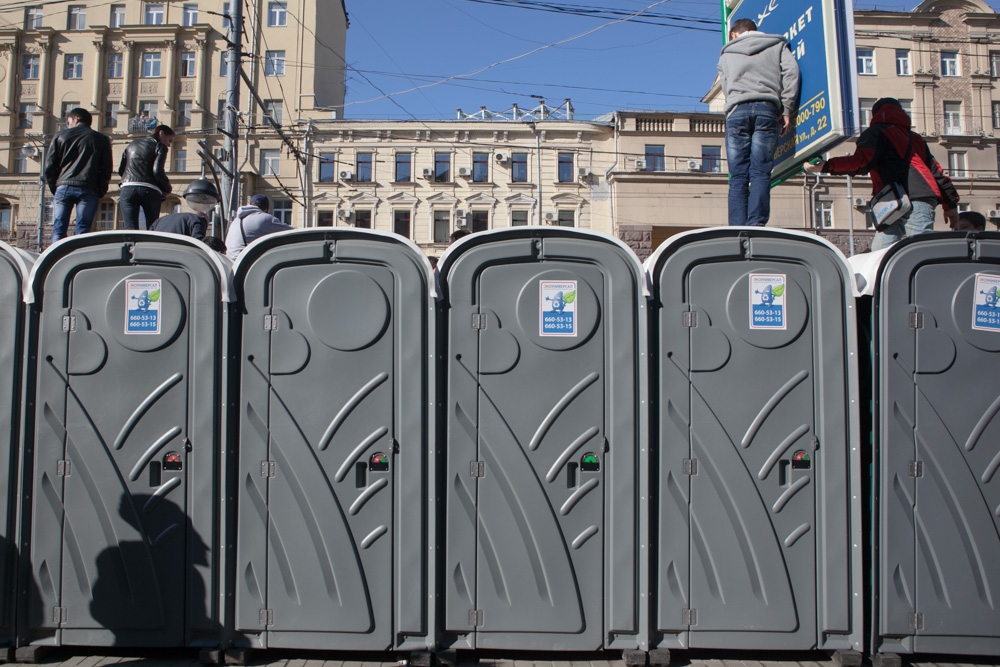 To get a view of the tanks, people climbed on anything they could find, including these porta-potties. 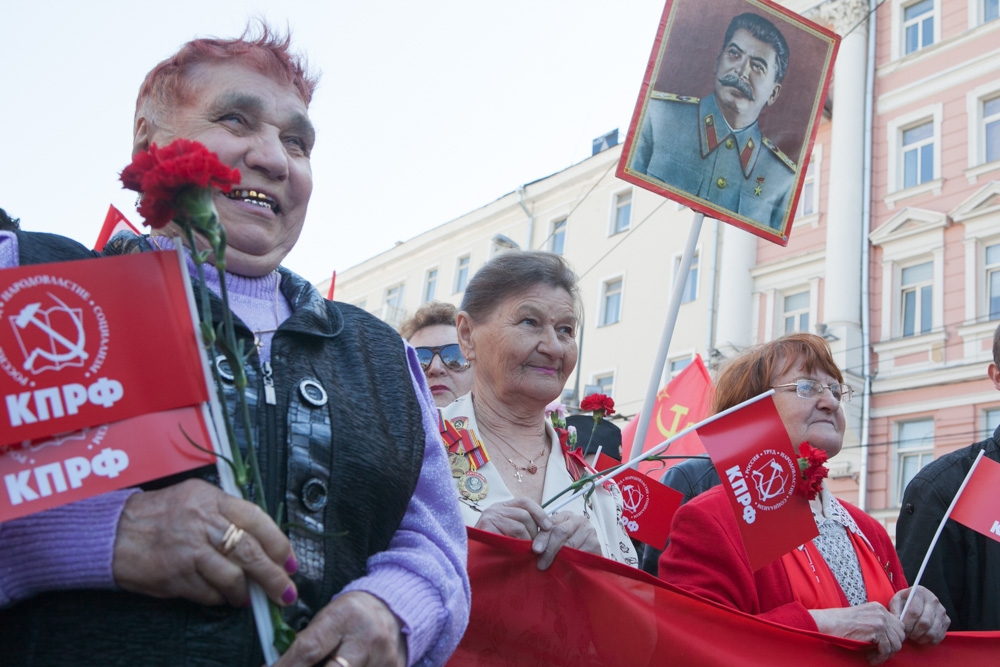 Communists waved red flags and portraits of Stalin and handed out agitprop. 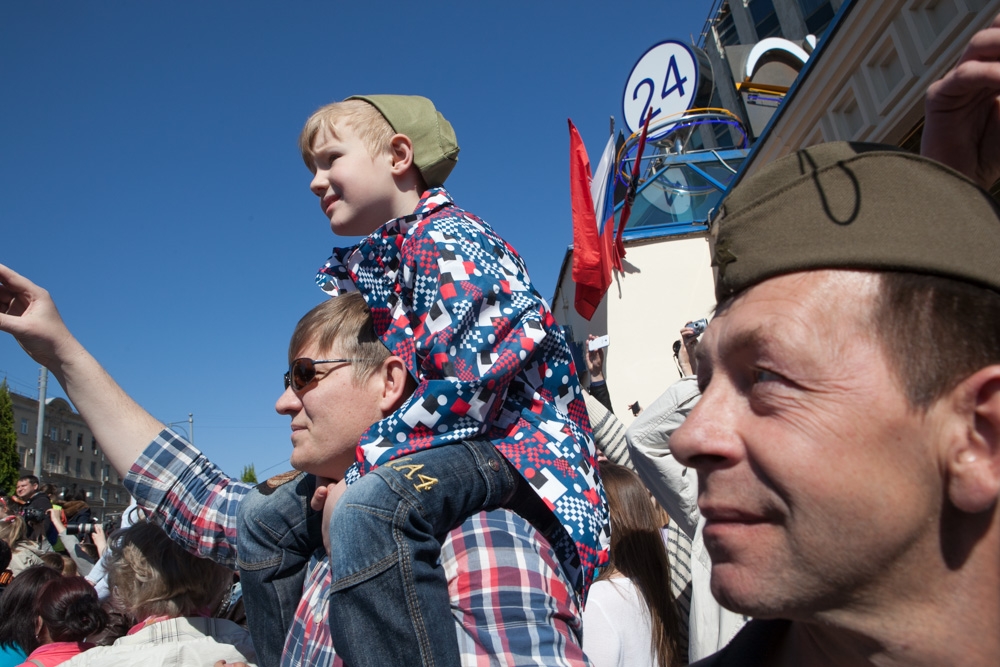 Unable to get closer to the parade, many people tried to catch a glimpse from Pushkin Square. 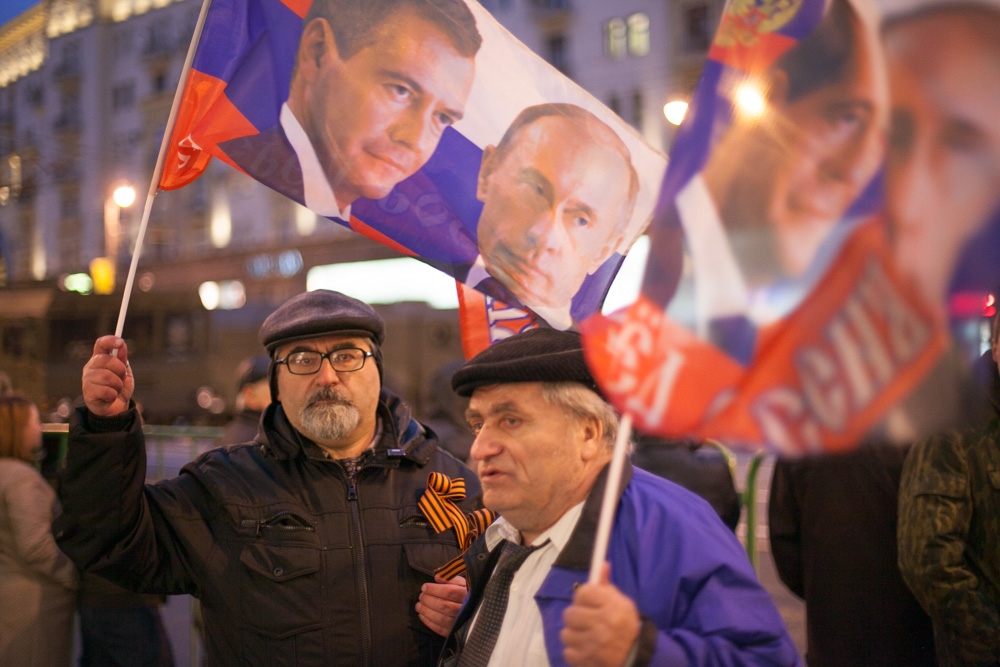 At a May 5 rehearsal, men wave Russian flags emblazoned with the faces of President Vladimir Putin and Premier Dmitry Medvedev. 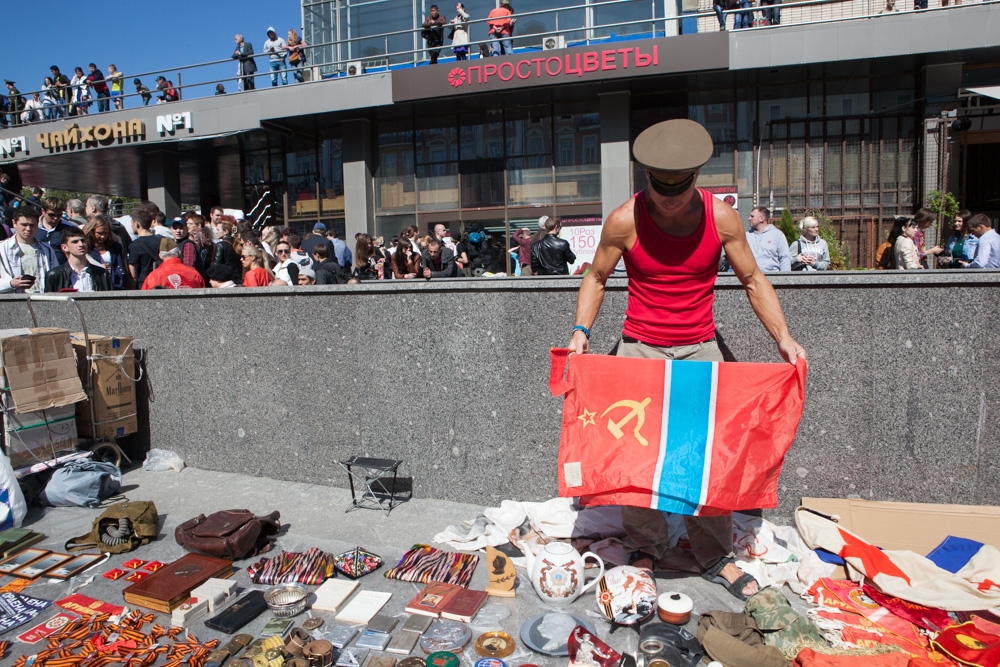 A man hawks Soviet paraphernalia including the flag of Soviet Uzbekistan.
prev
next

Russia marked one of its biggest national holidays on May 9, Victory Day, commemorating the Soviet triumph over Nazi Germany in 1945.

Only senior officials and veterans were invited to celebrate with President Vladimir Putin on Moscow’s Red Square, where he extolled the “day of our national triumph and our people’s pride.”

Anyone else who wanted a glimpse of the parade in central Moscow had to brave a maze of police barricades and sealed metro exits.

On Pushkin Square, about a kilometer up Tverskaya Street from Red Square, people clambered atop anything they could find – including porta-potties, dump trucks, and the precarious-looking scaffolding on a construction site – to see tanks and rocket launchers waiting for the order to approach. After the tanks rumbled away, military helicopters and jets soared overhead to rousing applause.

On side streets, away from the tight security, the crowd felt like a carnival. Communists waved red flags and handed out agitprop. Girls posed for photos with aged veterans. Some old ladies carried portraits of Stalin and called for Russia to absorb eastern Ukraine.

Behind the Rossiya Theater, a lady selling portraits of Vladimir Lenin wasn’t finding many customers, but a man was doing brisk business hawking maps of the USSR.