Most who fled the area around Parukh, which four months ago saw some of the sharpest fighting since the war in 2020, have returned. But they say it’s become more dangerous. 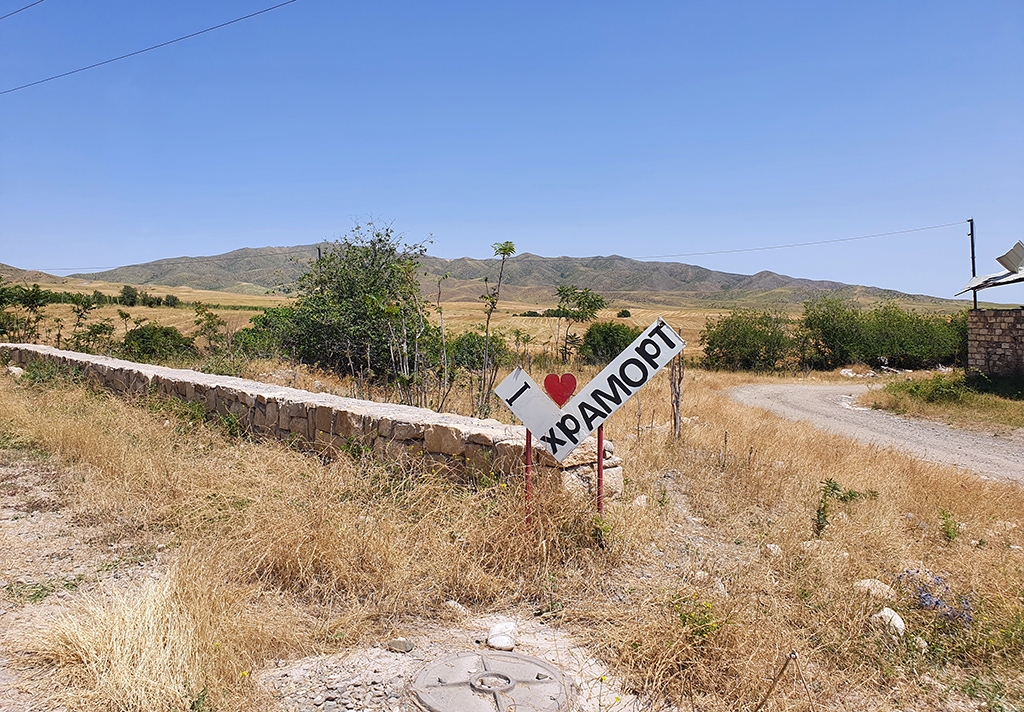 With Azerbaijani troops now on the edge of Khramort, villagers fear grazing their cows and sheep. (photos by Lilit Shahverdyan)

Four months after Azerbaijani troops moved into a strategic height in Nagorno-Karabakh in some of the sharpest fighting in the region since the end of the 2020 war, life is returning to a sort of normal.

Nearly all the Armenian residents of the surrounding villages fled the Azerbaijani advance, but by now most have returned. People are gradually returning to their old routine, tending their gardens and livestock. The local school even held a graduation ceremony for its students in May.

But they say their situation is precarious.

Mikayel Balayan and his family were among the few to stay in the village of Khramort during the March escalation, when Azerbaijani troops entered the village of Parukh and took the Karaglukh heights. The Azerbaijanis ultimately withdrew a bit, but their positions are still closer than they had been before.

There is now a new Azerbaijani position on the northern side of Karaglukh, easily visible from any part of the village. And the front lines separating them from the Azerbaijani troops have moved closer, to the edge of the village, making it risky to graze their cows and sheep.

“Livestock farming has become too dangerous,” Balayan told Eurasianet. One friend in a nearby village, Khnapat, lost 20 of his 30 cows when they wandered over the new line of contact while they were grazing. “If we leave [our livestock] unattended we may never get them back,” he said.

The Karaglukh plateau lies to the south of Parukh, and has strategic value because of the commanding heights it enjoys over the Aghdam district, which Azerbaijan retook in the 2020 war, as well as the nearby villages of Karabakh where Armenians continue to live. 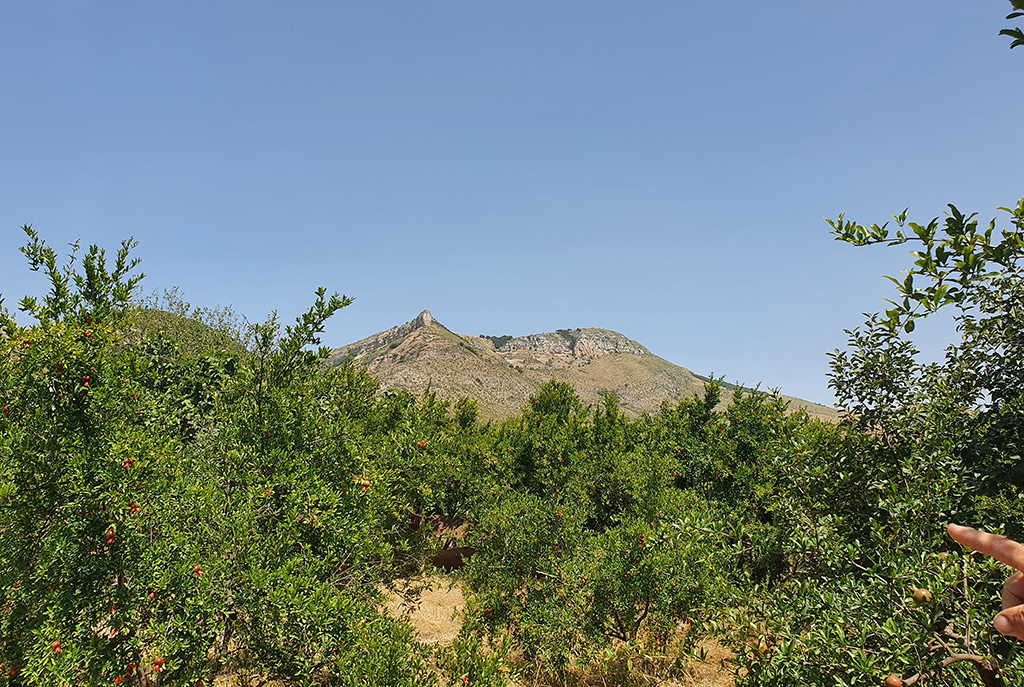 Both Parukh and Karaglukh are within the borders of the former Nagorno-Karabakh Autonomous Oblast, just on the border of Aghdam, and according to the ceasefire agreement that ended the 2020 war should be under the control of the Russian peacekeeping force.

“On March 24 I was working on my farm when I noticed 25 or 30 armed Azerbaijani soldiers entering the village from the hills,” Parukh’s mayor, Vardan Mikayelyan, told Eurasianet. “I called the Russian peacekeepers but it was too late.”

Russia took the rare step of blaming Azerbaijan for violating the ceasefire agreement; Armenia for its part blamed the Russian peacekeepers for letting it happen. In June, Armenia’s president said that Russia had privately acknowledged that the incident was the result of an “oversight.”

Villagers have varying explanations for what happened.

One theory is that there was an agreement between the Russian peacekeepers, the local Armenian armed forces known as the Artsakh Defense Army, and Azerbaijani troops, according to which the Armenians and Azerbaijanis would move out of the area to allow Russians to set up a post there. But when the Armenians withdrew, according to this version, the Azerbaijanis instead advanced and the Russians were unable to stop them.

Another version is that it was part of a secret deal between the Karabakh leadership and the Azerbaijanis. In this telling, the Armenian side gave up Parukh and Karaglukh in exchange for Azerbaijan agreeing to restore natural gas supplies to Karabakh when they were abruptly cut off in March, just days before the events in Parukh.

Whatever happened, it was the culmination of what residents describe as a weeks-long intimidation campaign against them. On February 15, Azerbaijani troops shot at a civilian while he was farming in Khramort, local officials said. The next day, Azerbaijani troops forced out, at gunpoint, Armenian farmers working in the area, the officials said. Later in February, residents reported that Azerbaijanis began using loudspeakers to send intimidating messages to locals, saying that they were in Azerbaijani territory, that farming there was illegal, and accusing them of “preparing for war.”

Some residents were already frightened into leaving at that point. “For a while almost everyone left, but I was always telling them that it wasn’t the right thing to do,” Balayan said. “Azerbaijanis with loudspeakers shouldn’t scare us. We may not have actual guarantees for our safety, but we should try to stay and work on our land.”

While Russian peacekeepers ultimately retook control of Parukh, they don’t allow its former residents to return to live.

Mikayelyan now lives near Stepanakert, while his parents have relocated to Khramort, where he was visiting one day recently. One of his main concerns, he said, is the fate of Parukh’s cemetery.

In April, Azerbaijan’s State Commission on Prisoners of War, Hostages and Missing People reported that it had discovered remains of Azerbaijanis killed in the first war between the two sides, in the 1990s, at the cemetery in Parukh (known to Azerbaijanis as Farrukh).

The Ministry of Education, Science, Culture, and Sports of the de facto Nagorno-Karabakh Republic denied the claim, and said that the cemetery dated to as far back as the 9th century.

“We also lost an old cemetery and we do not know what will happen to it,” added the mayor.

Since returning to Khramort, the region’s Armenians say there haven’t been any direct threats from the Azerbaijani soldiers. A Russian peacekeeping post is nearby, giving residents some sense of security as they do their farm work.

Residents, both those who have returned and who remain displaced, get some financial support from the de facto Karabakh authorities, as well as food and other aid from the International Committee of the Red Cross. The Russian peacekeepers also have provided some aid, like food and clothing.

Even as most people have returned, the precarious security situation is keeping others away. Children, especially, are living with relatives in safer areas. Many adults only come to Khramort during the day to work their farms but spend the night further inside Karabakh.

“Where else can we go? We can stay with relatives for a week, maybe two, not more,” said another Khramort resident, Ashot Ohanyan. “All I want is to have food to eat and peace to live in my house.”