The move comes as Azerbaijan is more assertively exercising its sovereignty in Karabakh, and Armenians are seeing Russia as a possible bulwark. 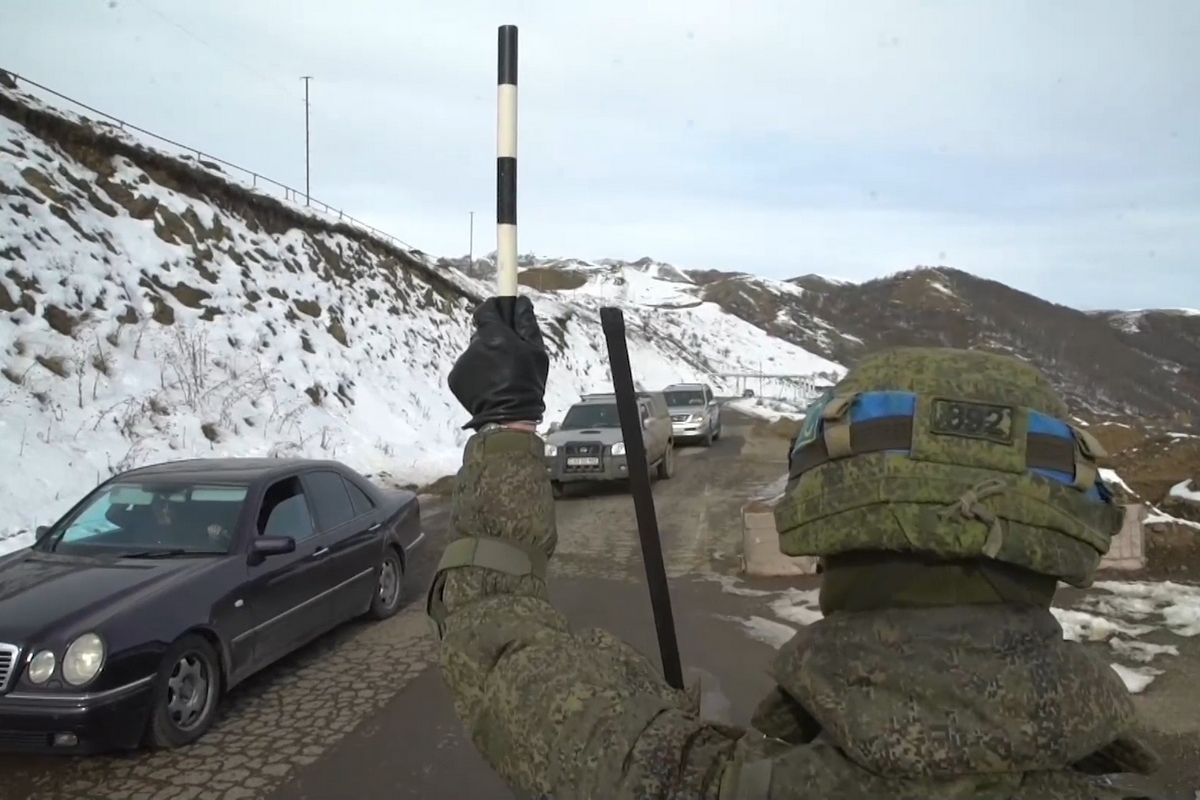 Visitors to Armenian-controlled Nagorno-Karabakh now have to get Russian permission ahead of time.

The territory’s de facto ministry of foreign affairs announced new entry regulations for foreigners on February 8, and one of the provisions was that Russian peacekeeping forces will examine applications “for security purposes” before they are approved.

It’s not clear what prompted the new regulation, which the de facto authorities say had already been in effect before being announced. The day before, a gadfly source claimed that a group of French journalists and activists had been turned away at the de facto Armenia-Karabakh border, and that it was because the Armenian government had made a secret agreement with Azerbaijan allowing Baku to control who enters Karabakh.

Karabakh’s de facto foreign minister David Babayan denied the reports about Azerbaijani control, claiming that the new border regulations were necessary because of the presence of foreign fighters in Azerbaijan proper. “The fact that a large number of mercenary terrorists recruited to fight against Artsakh [an alternate Armenian name for Karabakh] still remain in Azerbaijan forces us to improve the procedure of registering those entering Artsakh,” he said in an interview with Armenian Public Radio, without elaborating on the (improbable) connection.

“We have established close cooperation with the Russian peacekeepers because they are among the key role-players in maintaining peace and stability,” he added.

A spokesperson for Karabakh’s Ministry of Foreign Affairs told Eurasianet the policy did not apply to Armenian citizens, but it did to all other nationalities, including Russians. Anush Ghavalyan, a former adviser to the head of the territory’s parliament, said she thought the new rule was appropriate. “There is a new reality in Karabakh,” she told Eurasianet. “Given that our security now depends also on Russian peacekeepers, I think the regulation fully fits this reality.”

The question of who can and can’t enter Karabakh – which is internationally recognized as part of Azerbaijan but which has been controlled by Armenian forces since the first war between the two sides in the 1990s – has long been a deeply sensitive one for both sides. Azerbaijan has for years tried to force foreigners going to Karabakh to ask for Baku’s permission first, and maintains a “blacklist” of many who refuse, denying them entry to Azerbaijan proper on the grounds that they illegally entered Azerbaijan. (A spokesperson for Azerbaijan’s Ministry of Foreign Affairs did not respond to a query from Eurasianet.)

The Armenian-controlled government in Karabakh, meanwhile, has jealously guarded its sovereignty and maintains its own informal blacklist of foreign would-be visitors it deems too solicitous of Baku’s demands.

Last year’s war, which resulted in Azerbaijan taking back much of the territory it lost in the first war, has altered the calculations of both sides.

Azerbaijan has become more assertive in trying to exercise its sovereignty over its territory. It has begun to complain more loudly about visits by Armenian officials to the territory, and has put up conspicuous border signs in territory that it again controls on the border with Armenia. Azerbaijan recently has tightened requirements for Armenian churchgoers to visit the Dadivank Monastery in Kelbajar, territory bordering Karabakh that Azerbaijan took back in last year’s war.

The Armenians of Karabakh, meanwhile, have been increasingly turning to Russia, which maintains a 2,000-strong peacekeeping force along the new line of control in the region. There is regular talk about Armenians of Karabakh getting Russian passports, under the reasoning that Russia would then be more inclined to step in if Azerbaijan tried to take control of the remaining parts of Karabakh.

The head of Karabakh’s national security council, Vitaliy Balasanyan, said “it wasn’t excluded” that Karabakh residents would soon get Russian passports. Babayan, also asked about the possibility, answered by noting that Russia recently liberalized its passport requirements and so “it’s easier to get Russian citizenship whether you live in Stepanakert, Gyumri, Tbilisi or Kazakhstan.”