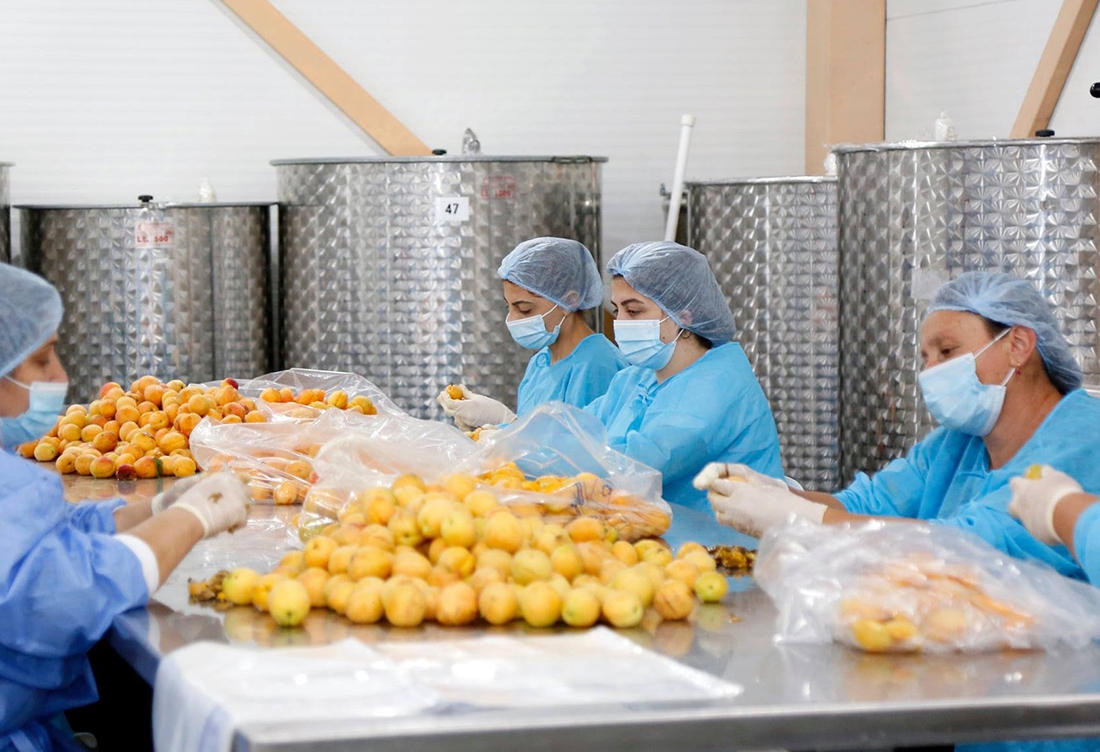 Women work the lowest-paying jobs regardless of their education. (government handout)

In 1999, when Georgia was still struggling with economic collapse following the end of the Soviet Union, men earned almost twice as much as women: 91 lari per month on average compared to 47.

The economy has improved dramatically since those dark years, but gender equality only slightly. Georgian women today are paid about one-third less than men.

Mean monthly salaries reached 1,055 lari for women and 1,538 for men in 2021 ($386 and $562 respectively at today’s exchange rate), according to recent data from Georgia’s national statistics agency. Men in management earn an average monthly salary of 2,769 lari, while women in the same positions earn just 1,863 lari – also a difference of one-third. (Geostat does not publish median statistics, which could offer a clearer snapshot not distorted by a few high-earners).

Men’s salaries are higher in all positions except one: individual caretakers. This is the only role where women make a bit more money – 500 lari monthly, compared to 473 for men. The biggest gap can be seen among unskilled laborers, where men earn twice as much as women.

The discrepancy in Georgia is not disputed. It mirrors a problem found around the world including many advanced countries, such as the United States, where the pay gap is 17 percent, according to the American Association of University Women.

Geostat points to a few factors explaining the gap. Its average monthly salary data include bonuses, and it is widely believed that men in Georgia receive more bonuses – awards made at the discretion of management – than women.

Drill down and there are also other factors. More women are employed in the educational sector, for example, where salaries are lower than in other industries. Official data from 2021 show that 119,000 women work in education, compared to just 27,000 men.

UN Women, the United Nations agency working for gender equality, said in a briefing last year that Georgian “women continue to be underrepresented in decision-making, whether it is in elected office, the civil service, the private sector or academia.” Activists believe women usually perform lower-level tasks despite their education. Indeed, last year the U.S. Department of State reported that “women were overrepresented in low-paying, low-skilled positions, regardless of their professional and academic qualifications.”