The country announced a 40 percent increase to the minimum wage, on top of another increase earlier this year. Many worried the move would only spur inflation. 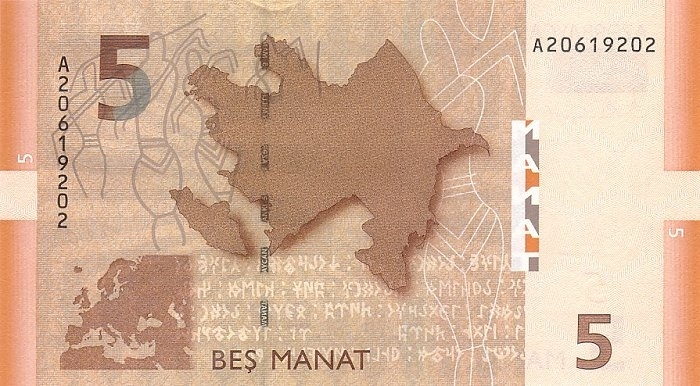 An increase in pensions and wages has led to fears of more inflation in Azerbaijan, and possibly another devaluation of the manat. (Wikimedia)

For the second time this year, Azerbaijan’s government will increase wages and pension payments. The increases, which will take effect later this summer, have sparked fears of increased inflation and a possible devaluation of the manat.

The new increases would benefit 2.1 million Azerbaijanis, 1.35 million from the wage rise and 750,000 through the pension boost, according to a statement by the Ministry of Labor and Social Protection of the Population. The April increase benefited more than three million people, the ministry said.

The wage increases will cost the government of Azerbaijan an additional four billion manats, Hadi Rajabli, the chairman of the Parliamentary Committee on Labor and Social Policy, told AzTV. The funds will come from savings generated from the president’s Structure and Transparency Reforms, an initiative that eliminated several government institutions earlier this year.

While the increased payments would come as a relief to many Azerbaijanis, they sparked fear among economists that they would spur already substantial inflation. While the State Statistical Committee pegs the inflation rate at a modest 2.4 percent, many analysts estimate it to be significantly higher. Gubad Ibadoglu, an economist at Rutgers University, told Eurasianet earlier this year that the true inflation rate in the country is a minimum of four to five times higher than the official rate given by the government.

The authorities tried to tamp down such concerns. One MP, Rufat Guliyev, told the news website Oxu.az that the increase in wages “does not mean that as salaries increase, prices will increase dramatically. It may be a slight impact on goods after a certain period of time.” Instead, he blamed sharp price increases on goods on importers, and said that the state antimonopoly body should address the issue.

Deputy Finance Minister Azer Bayramov also expressed confidence in the government’s ability to maintain inflation rates. Following the announcement of the wage and pension increases, he said that “until the end of the year, inflation figures will not be very different from predicted figures.”

Many Azerbaijanis are less optimistic about economic stability and fear price jumps in consumer goods. Social media users described their concerns with already elevated prices, especially for food, with one commenter noting that “groceries are already expensive and I’m expecting an increase in prices.”

Others have interpreted these increases as an indication of another possible devaluation of the manat. In 2015, the country devalued the manat twice. Economist Natig Jafarli told MeydanTV that 91 percent of the nation’s exports still consist of energy resources, and these resources effectively act as the country’s currency. “In those countries that can’t produce anything and can’t create added value, salary and pension increases raise inflation and decrease the value of the national currency,” he said.

Still, uncertainty remains high and many Azerbaijanis don’t trust the government’s promise to control prices. “Today I took notes of all the prices in the store. I’ll shove the receipt in the government’s face when they increase the prices by 50 percent in September,” one Facebook user posted.